HOME / Multimedia / No, You Don’t Have To Vote for Trump or Biden. Here Are a Few Third-Party Candidates and How They’ve Been Censored 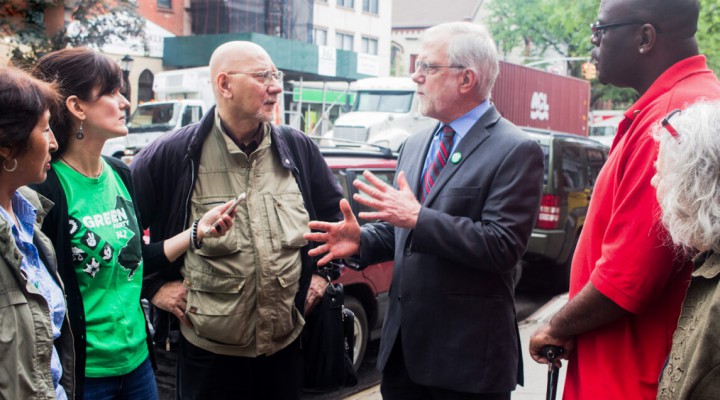 “The lesser evil paves the way to the greater evil. It’s not in opposition to it. It makes way for it.” — Former Green Party Presidential Candidate Jill Stein

MPN- With just hours to go before polls open and with 92 million Americans already having cast their vote, this year’s election will decide who will assume the office of the most powerful person in the world: Joe Biden or Donald Trump. Yet individuals’ votes do not have to come down to that. The United States is an outlier among Western nations in the dominance of its two-party system, something barely plausible in many democracies. Unbeknownst to many, however, there are a number of other candidates on the presidential ballot offering a distinctly different future for America than the established duopoly.The two-party system is clearly failing Americans, with both candidates for the United States’ top job largely disliked by the public. The latest survey from the Pew Research Center finds that Biden only has a 46% favorability rating, with Trump trailing at 42%. This is, in fact, an improvement from 2016, which pitted the two least popular major candidates of all time against each other in a historic race which left Americans far from enthusiastic about their electoral process. Only one-third of Democrat voters claim they are voting for Biden, with two-thirds telling pollsters that they feel compelled to vote against Trump. Meanwhile, around a quarter of Republicans are doing the same, voting not for Trump, but against Biden and his agenda.

And while Trump and Biden spend fortunes attacking each other in the media, it is often difficult to establish meaningful differences between their platforms on a number of issues. Today, the president again accused the 77-year-old Delaware native of supporting a ban on fracking, something Biden has vehemently and repeatedly denied, despite pressure from his base to do so. A number of polls have shown that the public clearly supports a complete ban on the practice. Likewise, on foreign policy, healthcare, and defense, the two parties display many more similarities than differences. Luckily, there are other options.

The Green Party is hoping to build on winning 1.5 million votes in 2016. Their presidential ticket consists of Howie Hawkins and Angela Walker as his running mate. A self-described democratic socialist, Hawkins worked in clean energy and has been organizing against war and environmental destruction for almost 50 years. The Green platform calls for the move to a “socialist economy,” including the public ownership of big banks and other large industries such as transport, energy, and manufacturing, a great expansion of worker cooperatives, and democratic economic planning.

On foreign policy, Hawkins is running on the promise to cut the military budget by 75% and use the savings to fund a worldwide shift to renewable energy, unilateral disarmament and to never use nuclear weapons aggressively. The Greens also call for a democratization of the media system, including antitrust regulations to break up powerful monopolies.

Jorgensen’s platform opposes COVID-19 lockdowns and calls for cuts to public spending and allowing businesses, big and small, to operate with even more freedom. “As president, I will work tirelessly to slash federal spending, make government much, much smaller, and eliminate the federal income tax, so you can keep what you earn,” she promises on her campaign’s website.

Party for Socialism and Liberation

A lifelong activist based in San Francisco, Gloria La Riva is the Party for Socialism and Liberation’s presidential candidate in 2020. La Riva is calling for a complete rethink of how society is structured, arguing that all essentials for human survival, including food, water, housing, education, healthcare, and jobs should be considered guaranteed human rights for all rather than distributed on a for-profit basis.

“For the Earth to live, capitalism must be replaced with a socialist system,” she claims, noting that incessant growth and overproduction is threatening the future of the planet. La Riva is also advocating closing all foreign U.S. military bases, taking over giant Wall Street banks, and jailing those responsible for the financial crisis.

There are also a number of other candidates on the ballot in many states, including Rocky De La Fuente of the Alliance Party, Don Blankenship of the Constitution Party, Brian Carrol of the American Solidarity Party, Jade Simmons from Becoming One Nation, and independent Brock Pierce. Rapper Kanye West’s name will also appear on ballots in 12 states.

However, simply appearing on the ballot has proven to be an extremely difficult hurdle for many, with only Jorgensen’s Libertarian Party even able to qualify in all 50 states. Much of the attack on third parties is being led by Democrats, who wish to keep them off the ballot to stop any spoiler effect they could have.

Earlier this year, Green Party vice-president Walker was alleged to have filled out a change of address form slightly incorrectly for her South Carolina residence. As a result, Democrats used this to lead a campaign to remove her name from ballot papers in the battleground states of Pennsylvania and Wisconsin.

Third parties have also been undermined by a lack of media publicity, their actions barely reported on. As such, they have been forced to rely on social media for outreach. However, that has not been plain sailing. Hawkins was even (temporarily) kicked off Twitter for alleged impersonation. “How do I impersonate myself? Twitter’s explanation for its censorship makes no sense,” he responded.

Pros and cons of third-party voting

Of course, barring an act of God or a disaster, either Trump or Biden will become the next president, meaning that the principal choice is between these two men. Does it, therefore, follow that voting third party is a wasted vote?

Certainly, there are differences between the two main candidates, particularly on climate change, that could have profound effects on both the United States and the world going forward. While Trump charges forward, claiming that global warming is a Chinese “hoax,” Biden at least acknowledges there is an existential problem that must be met, and has been forced into adopting a more radical platform on the issue. This alone, for many, is enough to pick Biden.

“A vote for the Green Party is a vote for fascism,” claim some Democrats, arguing that by picking a third party, they are enabling Trump.

However, the reality of the democratic system is that most people’s presidential votes count for very little. Politico calculated that the election will be decided by voters in just eight battleground states: Arizona, Florida, Georgia, Michigan, Minnesota, North Carolina, Pennsylvania, and Wisconsin. Because of the electoral college system, most Americans live in states where the outcome has been largely predetermined.

Others see the choice as a philosophical one, preferring to vote for something they want and lose than for something they don’t want and win. “The two-party system only provides an illusion of choice. The Democratic Party and Republican Party are two variations of a single, war-driven, Wall Street-funded political party,” wrote MintPress’ Mnar Muhawesh in 2016, endorsing Jill Stein of the Green Party for president. Stein herself also noted that constantly picking the lesser of two evils gets you nowhere. “The lesser evil paves the way to the greater evil. It’s not in opposition to it. It makes way for it,” she said, “I feel most horrible about a voting system that says: Here are two deadly choices, now pick your weapon of self-destruction.”

Proponents of third parties argue that it keeps the two major parties in check and scared voters could desert them. Historically, the arrival of powerful third parties has shaken up the political system and led to progressive change. Abraham Lincoln and the Republicans, after all, were a third party campaigning against the institution of slavery. Since at least 2008, when Barack Obama campaigned on it, Americans have been crying out for hope and change, but have received very little of it.

Others claim that they artificially swing the election towards one candidate. The Green’s Ralph Nader is often accused of handing the 2000 election to George W. Bush, his 2.9 million votes undermining Al Gore’s shot at the White House (this theory is hotly disputed). Eight years before that, billionaire Ross Perot received 19% of the total vote.

However, the bigger threat to election integrity this year is surely voter suppression shenanigans. Earlier this year, Trump let slip that he believed no Republican would ever be elected if turnout was high. Since then, he appears to have been on a campaign to decrease participation.

Hundreds of mail sorting machines have been removed from post offices and sorting houses. Since 2013, almost 1,700 polling stations across the South have also been closed down, primarily in poorer, darker neighborhoods. As a result, millions will have to stand in line for hours in the middle of a pandemic. Trump and the Republicans have also attacked the process of postal voting and ballot collection, with the president encouraging his supporters to “protect” polling stations. As a result, only two-thirds of Americans are confident that Election Day will proceed democratically.

Across the country, organizations and businesses are preparing for violence. In New York City, hotels and stores are boarding up their windows, as if they expect a riot. Meanwhile, officials have ordered the immediate construction of a non-scaleable fence around the White House.

Regardless of whether you will opt for one of the major parties or choose an alternative one, there will likely be a good number of down ballot races and initiatives that will be worth deciding between. The great anarchist activist Emma Goldman is thought to have said that if voting changed anything, they’d make it illegal. The lengths the establishment goes to dissuade the public from doing so suggest that it does indeed still matter.

This Is Not a Time for Insouciance–Democrats Intend a Coup

Leftists Organize to Drive Trump from the White House

0 thoughts on “No, You Don’t Have To Vote for Trump or Biden. Here Are a Few Third-Party Candidates and How They’ve Been Censored”