HOME / WORLD / Political Assassinations Are a Hallmark of Fascist Regimes 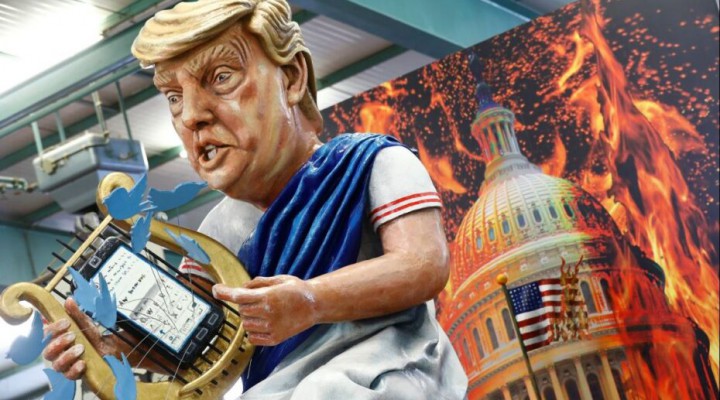 Today, rather than being endemic in some far-off land, death squads, some linked to local law enforcement officers, are active inside the United States.

Recent arrests made in the United States of armed rightwing gangsters intent on kidnapping and assassinating state, local, and national leaders is another indication of the adverse effect the Trump administration and its supporters have had on the overall political stability of the United States. There have been right wing plots to kidnap and place on “trial” the Democratic Governor of Michigan, Gretchen Whitmer, and the Republican Governor of Ohio, Mike DeWine. The same Michigan group that threatened Whitmer also threatened to abduct Democratic Governor Ralph Northam of Virginia. In all three cases, the governors were targeted by self-styled “citizens’ militias,” which are nothing more than terrorist groups, that planned to place the governors on trial in sham proceedings with likely guilty verdicts for instituting public health restrictions amid the Covid-19 pandemic. Based on the violent nature of these groups, the executions of the governors would have been the likely outcomes of the vigilantes’ clandestine “trials” for alleged “tyranny.”

DeWine may have also been targeted for his denunciation of the plot against Whitmer in neighboring Michigan. After 13 men were arrested in the Michigan plot, DeWine told WEWS-TV in Cleveland, “It is a despicable act. It is horrible and everyone has to denounce this. You want to talk about our political process, this is outside our political process. We have a great process; we have a great system. We are a nation of laws.”

The Chicago Sun-Times reported that Illinois Democratic Governor J.B. Pritzker had been the target of so many death threats over his handling of the Covid-19 pandemic that the Illinois State Police was required to use a PowerPoint presentation to detail all of them.

The far-right is not interested in laws and assassination plots against government officials in the United States have expanded from federal government targets to state and municipal officials, including governors and mayors. When similar groups that were linked to government officials engaged in such assassinations in Latin America, the Balkans, the Middle East, and Southeast Asia they were properly called “death squads.” Today, rather than being endemic in some far-off land, these death squads, some linked to local law enforcement officers, are active inside the United States.

The actions of the right-wing death squads and the encouragement they received from Donald Trump and other leading Republicans have driven many moderate Republicans from their party. Those Republican voters in Michigan, who describe themselves as “Gerald Ford Republicans, were so disgusted by Trump’s support for the militia plotters in their state, they voted early for a straight Democratic ticket, from Joe Biden and Kamala Harris at the top to local state legislators and county officials at the bottom. Among the rightist plotters were armed individuals who early appeared in the Michigan legislature while it was in session. Their actions were in response to Trump’s Twitter messages urging his armed supporters to “Liberate Michigan” and “Liberate Virginia.” Never before in the history of the United States had a president urged armed supporters to take up arms against established governments.

The right-wing threats did not end with the governors of Michigan, Virginia, and Ohio. Wichita, Kansas Democratic Mayor Brandon Whipple was the target of a right-wing extremist who said the mayor was “a viable target for elimination,” adding that he had “a date with the hangman.” The far-right terrorist also included other political leaders, who he did not name, in the category of those who were “viable targets for elimination.” The mayor said the man, a supporter of Trump and the Republican Party, said that “he [the would-be assassin] was going to kidnap me and slash my throat and he needed my address because I needed to see the hangman.”

Whipple was not the only mayor to have been threatened by Trump loyalists. The Democratic Mayor of Chicago, Lori Lightfoot, told WBBM-TV in Chicago that there were “serious” threats against her. She added, “we spend, my detail and the police, a significant amount of time unfortunately on tracking down these threats that come in from various parts of the country… Some of them are quite sophisticated, because they’re using landlines that are not actually the people that are involved, but there’s not a day that goes by that I don’t get some kind of harassment, whether it’s just repeated calls with things left on voicemail or other things, threatening violence.” Lightfoot also laid blame for the threats at the feet of Trump. She said, “There is a real cause and effect when the President names me in a disparaging way which is usually what he does, and people feeling like they have license to make, what I regard as real threats. When somebody’s calling in the middle of the night repeatedly, that’s an issue. And that only happened since Donald Trump has been trying to attack me personally, and it’s an issue that many of us as mayors [have] and he seems to have a particular obsession with female, and particularly, mayors of color.”

Many of the far-right terrorists receive their encouragement and direction from various vigilante and conspiracy groups, including the Proud Boys, Boogaloo Bois, Oath Keepers, Three Percenters, and Qanon. Public health restrictions instituted as a result of the Covid-19 pandemic have brought many of the far-right agitators from under the rocks and into the public.

Right-wing threats against political leaders have not been limited to state and municipal targets. One man with a cache of rifles, a handgun, bomb-making materials, and a one-half million dollars in cash was, prior to his arrest, stalking Democratic presidential candidate Joe Biden’s home in Delaware with the stated intent of assassinating Biden. A Maryland man was arrested for plotting to assassinate both Biden and his vice-presidential running mate, Senator Kamala Harris of California. While there have been many plots throughout American history to assassinate presidential candidates, none have ever been linked directly to the rhetoric of the president of the United States. What all the recent would-be assassins and terrorists have in common is an unswerving loyalty to Donald Trump.

In June of this year, a right-wing activist was charged with plotting to assassinate Democrat Bennie Thompson, Mississippi’s only black member of the U.S. House of Representatives and the chairman of the House Homeland Security. The would-be assassin was also targeting African-American members of Thompson’s staff. Around the same time, a right-winger from Texas was charged with plotting to kill the Democratic Speaker of the House, Nancy Pelosi, who is second in line to the presidency, pursuant to the constitutional line of succession. The Michigan vigilantes also communicated a threat to Democratic Michigan U.S. Representative Elissa Slotkin to shoot her in the final days of her re-election campaign.

Trump and his administration have been so toxic to the American body politic that in the wake of their disastrous rule, the machinery of government will require a sanitization of all of those who nested in government agencies as a result of the Trump infestation of the government with unbridled fascism and racism. This necessary purging of fascists should be guided by the words of Democratic Vice President Henry Wallace in 1944: “The American fascists are most easily recognized by their deliberate perversion of truth and fact. They claim to be super-patriots, but they would destroy every liberty guaranteed by the Constitution.”

Intel Drop: VT Calls for the Arrest of Donald Trump for Treason

This Is Not a Time for Insouciance–Democrats Intend a Coup

Leftists Organize to Drive Trump from the White House

The Democrats and the Presstitutes Will Not Admit a Trump Win

0 thoughts on “Political Assassinations Are a Hallmark of Fascist Regimes”