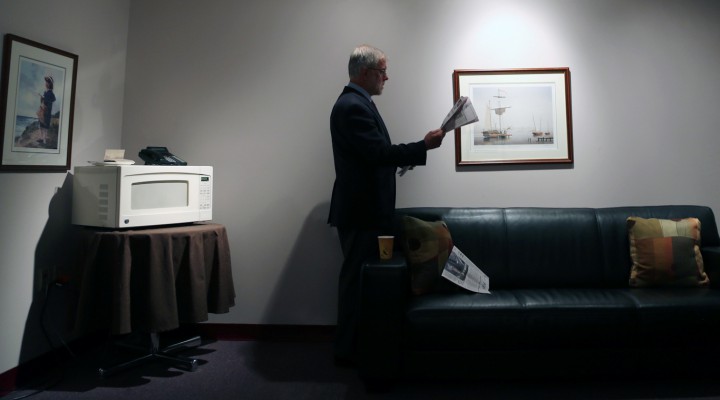 Voter shaming did not work for the Democrats in 2016 and with this latest attempt to bar the Green Party from even standing, Democrats are choosing a high-risk strategy that could backfire on election day.

MPN– The 2020 presidential election is already underway — or, at least, it should be. Because of an ongoing legal battle, none of Pennsylvania’s 67 counties will be sending out mail-in ballots today like they were originally scheduled to. Democrats are attempting to remove Green Party presidential candidate Howie Hawkins from the ballot because of an alleged procedural mistake his running mate Angela Walker made when informing election authorities about a change in her South Carolina address. A similar battle is raging between the two parties in Wisconsin, another key battleground state.

That such a minor procedural error could, in effect, disbar an entire political party from running might be news to many Americans. It is also a charge the Green Party strenuously denies. “I filed my address change properly to the Wisconsin Elections Commission as they instructed me to when our campaign informed them of my address change,” Walker said in a press release this morning,

The Democrat chairing the hearing concerning Democratic objections to my filing prevented that documentation from being presented. They had that information in hand. The Democratic commissioners could have resolved the problem last month at the hearing. Instead, they are playing politics with Wisconsin voters. They could end this now by withdrawing their phony objections. The Democratic commissioners are as guilty as the Republican justices in this hold-up of absentee ballots.”

“The court should have made a decision by now. We want a decision today to put us on the ballot. We want the absentee ballot process to proceed without further delay,” Hawkins added.

Why the Democrats might benefit from the removal of the Greens is clear. With many predicting a close election, third party votes could prove crucial in preventing one of the two major parties from getting over the line. One Emerson poll found that 51 percent of Bernie Sanders primary voters were at least considering opting for a third party come November. Hawkins and Walker have been pitching hard to disenchanted leftists, reminding voters that they embrace a Green New Deal, while Biden has rejected it.

Democrats have been clear in their opposition to Hawkins. “The ‘Green Party’ has done incalculable damage to the environment by helping to elect Republican Presidents twice. Don’t fall for it again,” advised Obama advisor and MSNBC contributor Ben Rhodes. Democratic strategist Tom Watson was even blunter, tweeting, “A vote for the ‘Green Party’ is a vote for fascism.”

The attack on Hawkins comes amid an open letter signed by over 170 prominent environmental leaders condemning the Green Party and telling the nation to vote for Biden, claiming he is a “progressive Democrat,” who, in “his 36-year Senate career” was “an enlightened voice on nearly every issue.” “Twenty years ago, the Green Party snatched the White House from a climate change leader and handed it to George W. Bush,” they questionably claim, not mentioning the Republican Party’s legal shenanigans. “Pious gestures [like voting Green] will produce catastrophic results,” they conclude.

On the Green ticket, Ralph Nader won 2.9 million votes in the 2000 election, no doubt hindering Al Gore’s chances. However, the Florida election was blatantly stolen by Bush, a fact glossed over in the letter. In 2016, the Green Party received 1.5 million votes nationwide, triple what they got in 2012. “Whatever you think of the Green Party, throwing them off the ballot because they listed two addresses for the VP is complete bullshit and voter disenfranchisement,” said Matt Bruenig of the People’s Policy Project think tank.

Republicans have also been involved in their own voter suppression tactics, closing around 1,700 polling stations across the South since 2013, primarily in poorer and majority non-white neighborhoods (some counties losing nearly 90 percent of their voting places). President Trump, who recently said that if more people voted, Republicans would never again be elected, has attacked the postal ballot system as well, claiming it would produce a fraudulent result, instructing his followers to vote twice, once by mail and in person on Election Day. Across the United States, some 671 mail sorting machines have been removed ahead of the election, leading many to accuse the Republicans of blatant election rigging.

While the merits of voting for a third party in a two-horse race can be debated, voter shaming did not work for the Democrats in 2016 has historically not been a productive strategy. With this latest attempt to bar the Green Party from even standing, the Democrats are choosing a high-risk strategy that could potentially backfire come Election Day.