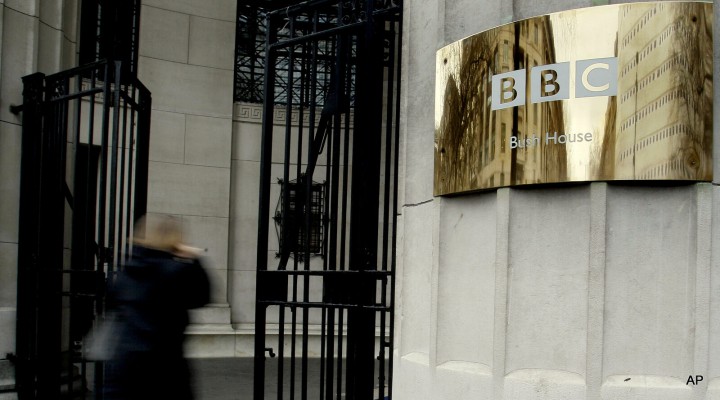 While this was clearly a tit-for-tat decision, many in the media still managed to frame it as a chilling blow for free speech in China, ignoring decades of media repression in the West.

MPN- While this was clearly a tit-for-tat decision, many in the media still managed to frame it as a chilling blow for free speech in China, ignoring decades of media repression in the West.

Perhaps unsurprisingly, the U.S. government was of a similar opinion. “We absolutely condemn the PRC’s (People’s Republic of China) decision to ban BBC World News,” State Department spokesperson Ned Price said, “The PRC maintains one of the most controlled, most oppressive, least free information spaces in the world.”

The news should hardly have come as a surprise, however, as last week the United Kingdom banned Chinese state-owned channel CGTN from its airwaves, claiming that the outlet was ultimately under the control of the Communist Party, something which disqualified it from broadcasting inside the U.K. Why British regulators appeared to realize this only after 23 years of CGTN broadcasts is unclear.

While this was clearly a tit-for-tat decision, Western media still managed to frame it as a chilling blow for free speech in China. “BBC News banned in China, one week after CGTN’s license withdrawn in the UK,” ran CNN’s headline (emphasis added), the story using the harsher word “ban” five times in relation to China’s actions, but referring to the British decision as merely “withdrawing” or “pulling” a license.

That's what I call efficiency. pic.twitter.com/4dQUhvDbey

The United States has long attempted to make it as difficult as possible for journalists from outlets owned by adversarial nations to work inside America. Reporters from CGTN (China), RT (Russia) and Al-Jazeera (Qatar) must, by law, register as “foreign agents” under a resuscitated 1938 law designed to help fight the Nazis. And while other countries can sanction American outlets (Russia has just levied a fine of $150,000 upon U.S.-owned Radio Free Europe), the fight is an uneven one, as the White House holds considerable control over social media which reaches a worldwide audience.

Organizations such as TeleSUR, owned by progressive Latin American nations including Venezuela, are frequently suspended from Facebook and Twitter with little reason given. Meanwhile, Google removed Iranian-owned Press TV from YouTube. And at the same time as Voice of America or PBS are considered reliable and trustworthy sources by Silicon Valley algorithms, TeleSUR, Press TV, CGTN, and others are demoted and deranked, consigning them to the margins of the Internet.

Going further back, there was something close to hysteria when Al-Jazeera America began broadcasting in the United States. Conservative pundit Glenn Beck described the network as being “as close to being an enemy of the state as any media can get” and insisted it would be used to spread Sharia law across the country. Partially as a result of the bad press, Al-Jazeera spent much of its time in court, fighting a great number of legal battles just to be allowed to broadcast.

The growing war on China

The latest media spat between the West and China is part of a broader conflict emerging both on and offline. The Trump administration went to great lengths to impede the growth of Chinese tech company Huawei and its 5G network. It also blacklisted a number of other Chinese entities, including Xiaomi, who had recently been outcompeting Apple in the global cell phone market. On Wednesday, the Biden administration signaled that it was backing down on Trump’s attempts to force Chinese-owned video platform TikTok to sell to an American bidder or be banned from the United States.

The U.S. has also increased its military presence in eastern Asia, going so far as to conduct provocative war games in the region and probe China’s coastline defenses with warships and bombers. Last week, Admiral Charles A. Richard, head of Strategic Command, advised that the U.S. must prepare for the “real possibility” of nuclear war with either China or Russia.

NATO-aligned think tank the Atlantic Council also requested that Biden turn up the heat on Beijing, advising him to draw a number of “red lines” around the country. If China were to cross these boundaries, which include interference in its neighbors’ politics or cyberattacks on the U.S., the response should be a military one. Anything less would result in national “humiliation,” it insisted.

The Conservative government of Boris Johnson, recently divorced from the European Union, has been courting the Biden administration, suggesting that it could work closely with it on matters regarding China. The E.U. has taken a more skeptical stance on American efforts to increase tensions with Beijing. French President Emmanuel Macron has been leading the calls for a friendlier Sino-European relationship. “I think we have to engage China in a bold and efficient climate agenda,” he told a no doubt disappointed Atlantic Council last week. “A situation to join all together against China, this is a scenario of the highest possible conflictuality. This one, for me, is counterproductive,” he added. If Macron’s words are anything to go by, don’t expect any petty Chinese media bans from Europe in the near future.