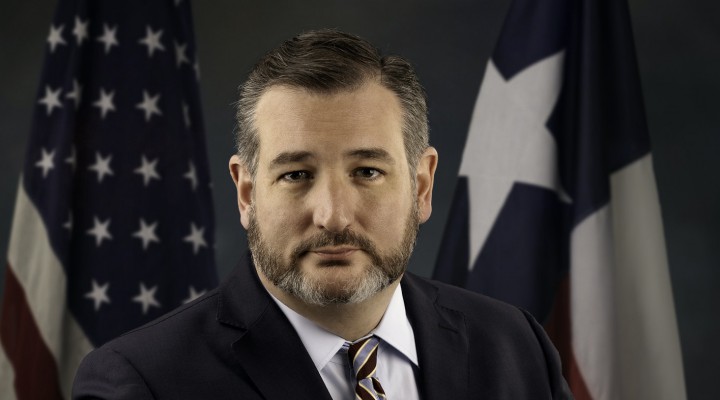 “Team Biden is soft on China,” Republican Senator Ted Cruz tweeted the other day, echoing a very common accusation that’s been leveled against the president from the right with increasing frequency.

Cruz, who biologically is mostly wetland parasites, is not being truthful. There is no evidence at this early stage that the Biden administration is “soft on China”, and there is a lot of evidence that it will be the exact opposite. Just today the president announced a new Pentagon task force dedicated to countering Beijing which will be led by a virulent China hawk who has previously attacked Trump for being too soft on China.

Pentagon officials said the task force is a “sprint effort” that will examine things like US troop presence in the region, intelligence, and the role of US allies and partners in countering China. Leading the task force is Ely Ratner, a China hawk who Biden appointed as a special advisor to Secretary of Defense Lloyd Austin.

Before his new position at the Pentagon, Rather worked at the interventionist Center for a New American Security (CNAS) think tank. Despite the Trump administration’s hardline policies towards Beijing, Ratner didn’t believe Trump was tough enough. In September 2020, he co-authored an op-ed titled “Trump Has Been Weak on China, and Americans Have Paid the Price.”

From his post at CNAS, Ratner led a congressionally mandated study on China that was released in January 2020. The report outlined various ways the US could compete with Beijing in Asia, including military deterrence or a “combat-credible posture in the Indo-Pacific,” as the study put it.

Biden has been vocal about his desire to “confront China’s economic abuses, counter its aggressive, coercive actions, push back on China’s attack on human rights, intellectual property, and global governance.” His National Security Advisor Jake Sullivan has restructured the National Security Council to prioritize countering China in the Indo-Pacific. His Secretary of State Tony Blinken, who furiously agreed with Trump’s hawkish China policy, ripped Chinese officials over the treatment of Uighurs, Tibetans and Hong Kong in his very first call to Beijing after taking office. His Defense Department is sending war ships into the South China Sea.

Biden is plainly governing as a China hawk, and is giving every indication that aggressions between the two powerful nations will only get more heated in the coming years. Yet sleazy Republicans like Ted Cruz and their brainwashed supporters will keep hurling accusations of Beijing sympathies at this administration.

How do I know this will happen? Well besides the fact that it is happening already and has been in the works for months, I know it because it’s what happened last time.

Throughout his entire four years in office, Donald Trump was consistently hammered with accusations of secret Kremlin loyalty, even after the Mueller investigation failed to indict a single American for conspiring with the Russian government. These accusations did not harm Trump in any meaningful way, but they did in effect end up providing cover for him to escalate tensions against Russia more aggressively than any president since the fall of the Berlin Wall.

During the 2012 presidential race, Barack Obama mocked Mitt Romney for saying that Russia was America’s greatest geopolitical threat, saying “The 1980s are now calling to ask for their foreign policy back, because the Cold War has been over for 20 years.”

Just imagine, for a moment, the reaction that American liberals would have had if they’d gone directly from that kind of narrative to the scary fascist orange man accelerating toward nuclear brinkmanship with the world’s other leading nuclear weapons force. They would have freaked out about it catastrophically, because they hadn’t yet been trained to hate Russia and demand increased aggressions against Moscow. Russiagate was first and foremost a mass scale psyop born of the US intelligence cartel and advancing the pre-planned agendas of the US intelligence cartel against a longtime geostrategic target.

I said years ago that the ultimate target of Russiagate was not Trump or Russia but China, and we’re seeing that playing out now. Moscow’s increasingly close relationship with Beijing means it needs to be targeted and shoved off the world stage via economic warfare and other cold war maneuverings to weaken its ability to defend the real target China before its surging economic power can permanently end US unipolar hegemony in our world.

We are watching a slow-motion third world war play out between the US-centralized power alliance and the nations which have resisted absorption into that alliance, and propaganda plays a vital role in manufacturing public consent for the various steps that need to be taken along the way to accomplish this. That is what we’ve been seeing with Democrats and manufactured Russia hysteria, and it’s what we’re seeing with Republicans and manufactured China hysteria as well.

Team Biden is soft on China.

If you can create a situation where the leader of one political faction is escalating aggressions against a targeted nation while the other political faction is constantly accusing him of loyalty to that same nation, you’ve successfully manipulated the public into actively cheering for as many world-threatening cold war escalations as you want. Not only that but you’ve prohibited the opposite faction from putting up any resistance to these dangerous actions because they’re being politically pressured to demonstrate that they’re not “soft” on the targeted nation, pressured to show that they are in fact far more hawkish toward that nation than their accusers are.

Trump was successfully pressured to hit Russia with sanctions, menace it with an aggressive Nuclear Posture Review and troops on its border, bomb and starve its allies while tearing up crucial nuclear treaties, all while the Maddow muppets completely ignored these actions and kept insisting that Trump was acting the way you’d expect a secret Russian agent to act. The psyop worked perfectly. So why change the formula?

Biden will continue to roll out aggressions against China while the rightist political/media class keeps churning out narratives that he is soft on China. Rank-and-file right wingers will be manipulated into clapping along by mass media propaganda and by internet psyops feeding them nonsense about Hunter Biden’s laptop proving that his father is owned by the CCP. It won’t look exactly the same as Russiagate because the subjects and demographics are not the same, but the end result will be: the escalation of the slow-motion third world war against the world’s most powerful unabsorbed governments.

This is such a perfect example of the way the Democratic and Republican Parties function like the jab-cross punch combination in boxing, each working together to set each other up for knockout blows. They don’t look the same, and they aren’t used in exactly the same ways, but they’re both used in conjunction to advance the same goal: punching the rest of humanity in the face until it falls.