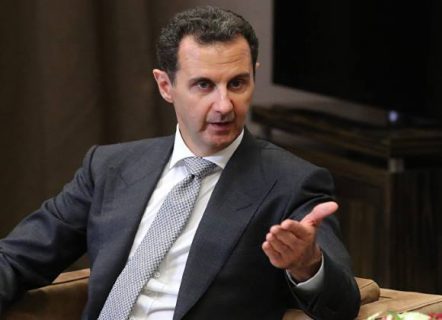 Hezbollah Secretary-General Hassan Nasrallah was correct when he pointed out,  in the interview he gave to the al-Mayadeen TV channel last week, that the US’ Arab friends view Turkey as a greater threat than Iran. That is why they have begun to reopen their embassies in Damascus and pay secret high-level visits to the Syrian capital.

– First, the unexpected meeting held at the Dead Sea between the foreign ministers of Jordan, Saudi Arabia, Egypt, the UAE, Bahrain and Kuwait. The meeting was shrouded in mystery and both Oman and Qatar were absent . None of these six countries have any love lost with Turkey. Most have restored relations with the Syrian government and reopened their embassies in Damascus, and there are those who insist that the Saudi embassy will soon reopen too. Qatar’s exclusion appears to have been deliberate because of its strategic alliance with Ankara. Diplomatic sources say Oman stayed away because it is determined to maintain a position of neutrality.

– Second, the statement by UAE Minister of State for Foreign Affairs Anwar Gargash expressing his country’s opposition to the establishment of a buffer zone in northern Syria and calling for the Kurds to be afforded protection within the framework of a united Syria.

– Third, Turkish Foreign Minister Mevlut Cavusoglu accusing members of the US-led coalition of backing the al-Qaeda affiliated Nusra Front in Idlib in a bid to undermine the Russian-Turkish de-escalation agreement. He also pointed the finger at the US without naming it.

These are all indications that the Turkish president’s plans to oversee the establishment of 20-km wide buffer zone inside Syria face major obstacles. They demonstrate that this proposal, endorsed by President Trump after his announcement that US forces would withdraw, was a trap and not a reflection of serious intent to mend relations with Turkey – especially after Trump’s threats to devastate the country’s economy.

The Russians also oppose this buffer zone. They insist on the Syrian Army returning to keep the peace in the area as it is Syrian territory, as Foreign Minister Sergey Lavrov has reiterated.

When Trump called President Erdogan in December to inform him of his decision to pull US forces out of Syria, he reportedly told him: ‘I‘m leaving Syria; it’s yours.’ He was, in fact, throwing a highly explosive bomb into Erdogan’s lap rather than offering him a New Year’s gift. Washington’s duplicitous policy towards both Turkey and the Kurds was illustrated during the recent visit to the US by llham Ahmad, chairperson of the Syrian Democratic Council (a purely Kurdish body set up in northern Syria) on an official invitation. Trump received heron Monday and assured her that the US would not stop supporting the Kurds or allow Turkey to attack them. She announced afterwards that there was no indication on the ground to suggest that US troops would be withdrawn from the area.

The possibility cannot be ruled out that Erdogan may decide to carry out a ‘pre-emptive strike’ in Idlib by launching an offensive, in coordination with the Russians and Iranians, to destroy the Tahrir ash-Sham Organisation (the renamed Nusra Front) that now controls more than 90% of the city. By doing so he would be honouring his previous undertakings to the Russians. The fact that Cavusoglu for the first time accused the US of backing that group may have been intended as cover in advance of such an assault.

The players in the region, both major and minor, are engaged in a frantic race to win the favour of the Syrian regime. The main topics of discussion at the six-party closed-door talks at the Dead Sea retreat were the Turkish presence in Syria and how to bring Syria back to the Arab League and re-engage it in collective Arab action. Reports suggest that Saudi Arabia and other Gulf states dropped their precondition that Syria must distance itself from Iran if it wants them to restore relations. A message confirming this change of heart is said to be on its way to Damascus, possibly conveyed by the Jordanian foreign minister.

At their summit in Moscow, presidents Erdogan and Putin unexpectedly brought up the subject of reviving the moribund 1998 Syrian-Turkish Adana Treaty. That would mean preparing for talks between Ankara and Damascus over the treaty’s implementation, now that the idea of the border buffer zone has died a death due to the opposition of most of the relevant parties.

So, who in this race will manage to win the heart of the Damascus: The Turks, or the conferees at the Dead Sea gathering, most of whom are desperate to restore relations with Syria?

The three-way summit between Putin, Erdogan, and Iran’s Hassan Rowhani due in two weeks’ time in either Moscow or Ankara may provide an answer. For its part, Damascus will continue playing hard-to-get as it watches former foes come knocking at its door, while seeking to choose the option that best serves its interests and those of the resistance axis to which it belongs.