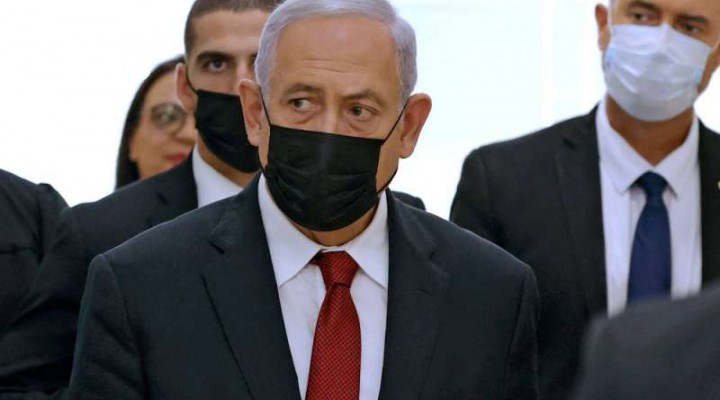 After the collapse of Naftali Bennet’s right-wing Israeli government and its decision to dissolve the Knesset and call the fifth elections in three years, some voices were raised in the Occupied Territories and the Arab world fretting anxiously about the prospect of Benjamin Netanyahu returning to power. This is far from certain, but what can we say to the fretful?

The Israeli occupation state stands on a downward slope to collapse as the end of its shelf-life approaches. It is riven with internal crises and social and political schisms. Its hegemony is being eroded by the growing military and political power of the Axis of Resistance. And its Western colonialist backers have, for the first time since its creation, transferred their wars from the Middle East to the heart of Europe to fight Russia in Ukraine — a fight that Russia has so far been winning, both economically and militarily.

So why do some of us fear the return of Netanyahu? Let him come back to rule a fractured and divided state, riven with political conflicts, surrounded by missiles from almost every side, and incapable of invading even the 1km2 Jenin refugee camp.

Netanyahu’s 16-year rule was marked by serial defeats. The last was the ‘Sword of Jerusalem’ campaign that cut Israel off from the world for 11 days and forced millions of its settlers into shelters. For all his bravado and exhibitionism, the ‘strongman’ Netanyahu who so frightens some Arab leaders didn’t dare re-invade Gaza. He went down on his knees to beg Joe Biden to broker a cease-fire, while Israeli writers mused that the country had become unliveable and advised readers to re-emigrate.

Whether run by Netanyahu or Bennet, Israel faces the prospect of losing both its nuclear monopoly and conventional military superiority to Iran and its allies in the region, if it hasn’t already lost them. Month by month, the balance tips a little further in favour of the Palestinians.

It’s true that Netanyahu succeeded in getting Donald Trump and his son-in-law Jared Kushner to cater to his every whim, and force some Arab rulers into normalisation and signing the Abraham Accords. But it’s also true that this breakthrough was mainly a propaganda stunt and PR exercise, and that the normalising countries — old and new — now face domestic troubles and external threats that are likely to worsen. Egypt is on the verge of mass hunger which it needs an immediate infusion of $25bn to avoid. Jordan is in a similar position. As for the Gulf states, many of them have ceased to see Iran as a demon and begun negotiating with it and seeking its good-will, not least to help extricate them from the war in Yemen.

The entire Middle East stands on the brink of a regional war, and the US, for so long Israel’s main backer and protector, is losing its global leadership to an emergent Sino-Russian alliance that is more cohesive and militarily and economically powerful. The Ukraine war, which could carry on for years and might develop into a third world war, has altered all calculations from top to bottom.

A key component of this change is the revival of the culture of resistance among the Arab peoples, as the only way out of their current subjugation and humiliation caused by their leaders’ submission to US and Israeli dictates and extortion. Even if the Trump-Kushner duo makes a comeback, it cannot extricate Israel from its crises.

A few well-targeted missiles — against gas-stealing platforms in the eastern Mediterranean, or electricity or water plants in Haifa and beyond — would expose this entity’s underlying fragility, and prompt hundreds of thousands of its settlers to leave or go back to their countries of origin.

The return of Netanyahu, whose arrogance and antics destroyed any peace option, won’t change that reality. It may even hasten Israel’s demise before it completes its eighth decade of existence, as predicted by Ehud Barak.

0 thoughts on “Welcome back, Bibi!”