HOME / WORLD / Time for everyone to act against Trump 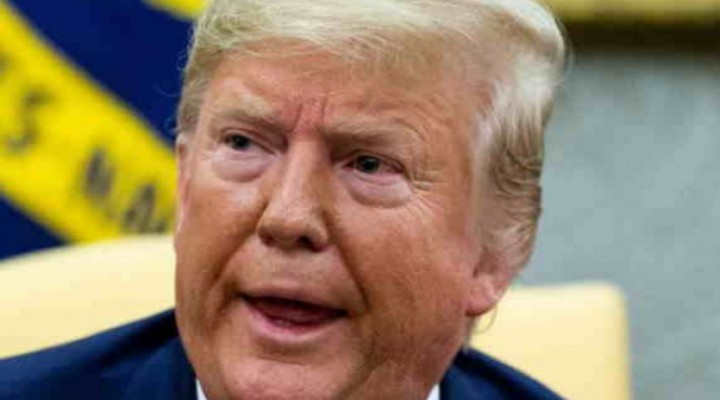 Rich Arab states, and others, should step in to make up for the US cut-off of WHO funding

We all know that US President Donald Trump resents China and is desperate to blame its mishandling of the early stages of the coronavirus crisis for the subsequent global pandemic. That was only to be expected. But when he turns his fire on the World Health Organization (WHO), which everyone agrees has provided invaluable services to humanity, that attitude is put into context: Trump’s hatred, contempt and racism extends to any country or institution in the world that is successful and effective independently of the US.

Trump’s decision to suspend his country’s $400 million annual WHO contribution at this time — when countries the world over are trying to set aside their differences to fight the pandemic together – makes one thing clear: due to the position of power he holds, this man is a threat to all humanity. That means that everyone, the American people included, should make it their priority to get rid of him before he turns into a plague more dangerous than the COVID-19 outbreak itself.

Trump’s record shows that there are only two things in the world beyond the borders of the US that he really likes: Israel, first, and ill-spent Arab petrodollars, second. He hates pretty much everything else. He waged war on UNESCO because it criticised Israeli racism. He halted all aid to UNRWA because it provides a basic livelihood to the Palestinian refugees who he wants to erase from existence. Now he is holding the knife to the WHO because it is headed by an East African (like Barack Obama!) and did not uphold his lies and accusations about China being responsible for the spread of the virus.

The first person to downplay the impact of the virus was Trump himself. If it were up to him, there would have been no lockdown at all in the US. As far as he is concerned, ‘business’ is far more important than American lives. This attitude is beginning to generate an unprecedented rebellion within the US at the state level.

Former IAEA chief Dr Muhammad Albaradei was right to propose that oil-rich Arab states step in and volunteer to fill the shortfall in the WHO budget caused by the cut-off in US funding. He argued that such a move would demonstrate their humanitarian credentials and also send out the message that the world will not allow its safety and security to be held hostage to a deranged US administration. We could go further and urge other rich countries – in Europe, Canada and elsewhere — to contribute to such an initiative. That would make the message a lot stronger and more effective.

$400 million is a small change in comparison to the tens of billions of dollars some Arab countries have spent on arms purchases from the US in recent years, all aimed at appeasing Trump. Will any of them really now dare to defy him by making up for his withdrawal of WHO funding? Given previous experience with UNESCO and UNRWA, that remains doubtful. But we can live in hope.

That leaves the American people. They now have a golden opportunity to rid themselves of this villain who is so obsessed with winning a second term. If they do not, much of the rest of the world will hold it against them. They will view the entire American people as complicit in what can only be described as Trump’s crimes against humanity.

0 thoughts on “Time for everyone to act against Trump”