HOME / WORLD / The UAE and Qatar: Making Up

The UAE and Qatar: Making Up 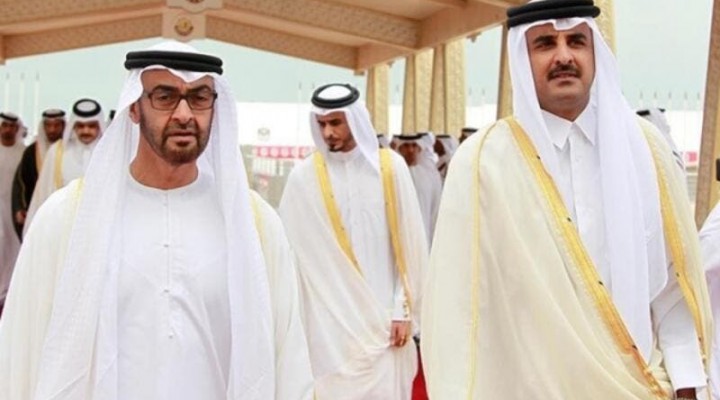 Is the US’ abandonment of its Afghan allies spurring reconciliation in the Gulf?

The reconciliation train between the UAE and Qatar has been rapidly gathering speed. On Thursday, Emirati national security advisor and strongman Sheikh Tahnoun bin-Zayed paid a surprise visit to Doha. On Saturday, the ruler of Dubai and UAE vice-president Sheikh Mohammad bin-Rashed made a point of meeting the emir of Qatar, Sheikh Tamim Bin-Hamad, on the side-lines of the regional summit they both attended in Baghdad. He tweeted a photo of the encounter with the comment: “Emir Tamim is a brother and friend, and the Qatari people are kith and kin. The destiny of the Gulf was and remains shared.”

It is clear that the UAE is particularly eager to end the row with Qatar and took the initiative by sending Tahnoun personally to mollify the Qatari leadership in Gulf tribal style, and indirectly apologise for the disparagement and sometimes outright abuse routinely directed at the Qatari ruling family by UAE-controlled media.

The UAE had excluded itself from the reconciliation deal concluded at the al-Ula summit in Saudi Arabia earlier this year. It was supposed to end the dispute between Qatar and its four Arab boycotters. But it only applied in practice to two of those countries, Saudi Arabia and Egypt. Qatar’s relations with the UAE and Bahrain remained tense, and their mutual denunciations and legal squabbles continued unchanged. They arguably even worsened in recent months, whether on social media or in European courtrooms.

This big reconciliation drive marks a radical change in the policies of the governments concerned after five years of bickering that proved costly in both material and moral terms. The row was exploited and fuelled by a number parties – notably the US and Israel – to gain more money and arms contracts or political concessions from the antagonists. This caused rifts to widen between the closely related peoples of the Gulf states. Their governments grew tired of the policy of mutual harassment and realised it did not work and often backfired.

Many observers link this UAE-Qatar rapprochement to Tahnoun’s unexpected visit to Ankara last week to meet with Turkish President Recep Tayyip Erdogan. The latter announced economic agreements were sealed at the talks under which the UAE would invest tens of billions of dollars in the ailing Turkish economy – hit hard by the covid crisis, the crash in the crucial tourism revenues, the retreat of American and European investors, and the burden of Syrian and Afghan refugees. Some observers say Erdogan took on the role of mediator to clear the air between his strategic partners in Doha and his newfound ‘allies’ in Abu Dhabi.

UAE officials such as presidential advisor Anwar Gargash have spoken of the entente with Qatar in terms of “building bridges of cooperation and prosperity with brethren and friends”, giving the impression that it is driven by economic considerations. But the true scope of the rapprochement goes much further and includes political, tribal and even personal factors – as well as the need to end the media spats that have damaged both sides and their image in the Arab world and internationally.

That leaves the Qatari-Bahraini dispute as the last unresolved element of the Gulf row. The Bahraini authorities have begun to feel abandoned by their big brothers, especially Saudi Arabia, who got on the train of reconciliation with Qatar and left them behind. The absence of the Bahraini king from the ul-Ula summit and his failure to visit Riyadh since is a sign of displeasure in this regard. But Gulf sources say a Bahraini-Qatari rapprochement may be easier to achieve following the UAE’s move.

That should be welcomed. It ought also to be followed by a reappraisal of all the policies pursued over the past five years and their negative fallout not just on the Gulf Cooperation Council and its member-states but the wider region too. One of the major casualties was the ability of the Arab world to engage in any collective action. Reconciliation in the Gulf could set the stage for the revival of such action more effectively than before the quarrel – and before some Gulf states yielded to American pressure and extortion to conclude normalising ‘peace’ agreements with Israel and treat fellow Arabs as enemies.

That was a risky, dangerous and potentially destabilizing bet to make – especially after the defeat of the US and its NATO partners in Afghanistan and its unceremonious abandonment of its Afghan allies.

0 thoughts on “The UAE and Qatar: Making Up”