HOME / WORLD / The Last American War…will be in Europe 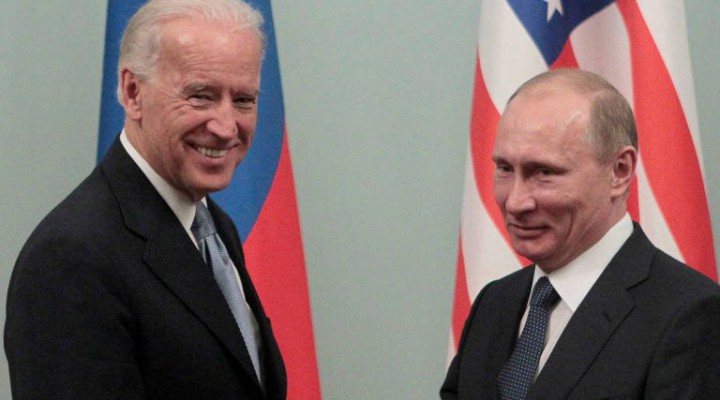 Two weeks into the Ukraine conflict, the Atlantic alliance is already fraying. Europe, which helped destroy much of the Middle East, is now the battlefield for the Last American War.

During the second US-led war on Iraq in 2003 and its resulting invasion and occupation, I wrote an article in the British daily, The Observer, commissioned by its editor-in-chief, entitled America is an expert in destruction not construction. That title proved to be dismally accurate as US warplanes bombed all Iraqi infrastructure facilities from water and electricity stations to bridges, and killed more than a million Iraqis, according to the international medical journal Lancet.

Nearly 20 years later, the article springs to mind again as I follow the developments of the Ukrainian war, the associated military and diplomatic posturings of global stakeholders, and the potential ignition of a nuclear war that could lead to catastrophic consequences for the world – starting with Europe.

It is Europe, after all, which will be the main theater of a nuclear clash unless current mediation efforts bear fruit. And any ‘political solution’ of the conflict spells victory for Russian President Vladimir Putin and his country, as Moscow will not accept anything short of a complete purging of NATO’s strategic depth in Ukraine.

It was the United States that instigated and ignited this war, and Ukraine and its good people were merely victims of US President Joe Biden’s declaration upon entering the White House that Russia is the number one enemy of the United States, followed by China. He simply made Ukraine the “poisoned bait” to draw the Russians into a long war of attrition that could sap their economy and cause sedition from within.

The US-European threat of “sanctions from hell” was a double plan: these would either deter Putin from invading Ukraine, or provoke him into doing exactly that. The former would be paraded as a Russian defeat, and the latter would be used to financially bankrupt the Russian state, turn its citizens against their government, and isolate Moscow.

But, about two weeks after the first Russian tank entered Ukrainian territory, the western plan’s naivety was fully exposed. Not only did it incorrectly assess the speed at which Moscow might achieve its aims, but it thoroughly underestimated Russia’s ability to counter western punishments with its own.

The western plan has instead triggered a backlash of monumental proportions, whose first line of victims will be residents of both Europe and the United States.

Ukraine, the flint to start a fire

As the dust settled, Ukraine’s President Volodymyr Zelensky began to show signs of shock and hysteria, lashing out at NATO’s “weakness,” amassing batallions of right-wing Neo-Nazis to replace deserting Ukrainian army soldiers, and putting out a global call for ‘foreign fights’ to come to Ukraine and fight the Russians.

Zelensky has by now realized that NATO was only prepared to stand by his side and provoke his anti-Moscow rants until the Russian armored vehicles rolled in. He discovered quickly that he was abandoned by all, especially the United States, whose representative to the United Nations said yesterday that it would not send a single soldier or plane to Ukraine.

As oil prices skyrocketed to around US $130 per barrel this week, European countries including Germany, Bulgaria, and France have said that they cannot manage without Russian oil and gas imports. Those words are the first tangible indication of a crack in the Atlantic alliance, and should be expected to extend to the NATO alliance as the fissures grow.

Europe ostensibly derives its strength from the power of its economy, and the so-called “common values” of the waning liberal order premised on democracy, human rights and social justice. Now, these elements are being eroded one by one as censorship, authoritarianism and war-profiteering take hold within western governance.
The masks have dropped. Those “values” are instead being rapidly replaced by overt racist sensibilities, favoring the “blond-haired and blue-haired” citizen over all others, and mobilizing Neo-Nazi and extremist movements to maintain the western “rules-based order.”

The economic prosperity, security and stability enjoyed by the west since the end of the Second World War will be the first victim of this confrontation taking shape in Ukraine, and it looks near certain that financial collapse, political chaos and intra-state geographic fragmentation may ensue.

The decades of punishing sanctions imposed by the United States as an alternative to direct military intervention in North Korea, Iran, Syria, Cuba and Venezuela have not achieved their goals. They have not caused the ‘regime-change that was intended, and it is highly unlikely that the current sanctions on Russia, if imposed (so far Russian oil and gas flow is paid for through the SWIFT financial system) in whole or in part, will prove an exception.

Alexander Novak, Russia’s deputy prime minister in charge of energy, warned late Monday of “catastrophic” consequences for the world oil and gas markets if the US implements its threats to impose a ban on energy exports from his country.

These actions, he predicted, would result in a ten-fold rise in the price per cubic meter of natural gas and an unprecedented US $300 dollars per barrel for oil. Novak further threatened that Moscow would retaliate by halting gas supplies to Europe through their Nord Stream 1 pipeline, especially if Germany continues to suspend its Nord Stream II counterpart in response to US pressure and if Washington imposes a ban on Russian oil.

The United States destroyed Iraq, Syria, Afghanistan and Libya, and has not participated in the reconstruction of any of its destruction. But the victim now will be Europe, which, while able to bully around those weaker states, will not be able to do so with a much bigger, stronger global power like Russia, led by a shrewd geopolitical strategist like Vladimir Putin.

Europe is now lending its territories to this last American war. It is facing a nuclear power that is allied with other nuclear states like China, North Korea, and potentially India. This time the magic may be turned on the magician, and the destruction, on America.

Fog of War over Ukraine

0 thoughts on “The Last American War…will be in Europe”