HOME / WORLD / The US Chose This Conflict: Notes From The Edge Of The Narrative Matrix 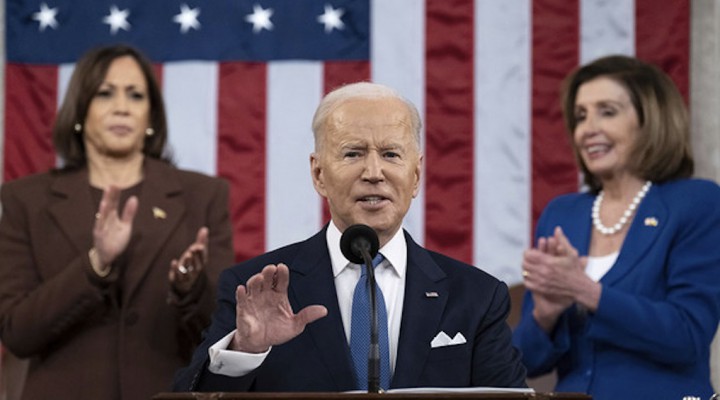 Just your regular reminder that the US empire (A) had solid intelligence that this war was coming, (B) knew they could prevent it by making very reasonable, low-cost concessions like promising not to add a nation to NATO that they didn’t want to add anyway, and (C) chose not to.

It’s 2022 and people still believe the US is pouring weapons into a foreign country to protect freedom and democracy. That’s like being 57 and still believing in the Tooth Fairy.

The US empire has had a standing policy of preventing the rise of any rival superpowers since the USSR collapsed, by which I mean that policy was explicitly laid out in writing within months of the Soviet Union’s dissolution. Both Moscow and Beijing have refused to kiss the imperial ring, and crippling Russia is an essential part of hamstringing China’s rise. This was all planned years ago.

Gilbert Doctorow described back in 2017 how Moscow and Beijing have formed a mutually beneficial “tandem” based on their respective strengths; Russia as a major military force who is willing to confront the US empire, and China as a rising economic superpower. Empire managers had previously expected that Moscow would be forced to pivot to Washington and become a member state of the empire. The fact that it chose Beijing instead to retain its sovereignty is what set all this in motion.

This was all planned years in advance. It’s no coincidence that we were hammered with narratives originating from US intelligence agencies which inflamed hysteria about Russia in the years leading up to this, most of which had nothing to do with Ukraine. I mean for Christ’s sake, even the one narrative that did involve Ukraine occurred because a CIA officer (ridiculously labeled a “whistleblower” by the mass media) just so happened to be in the right place at the right time to get it rolling.

So we’re all going to suffer financially and live under the risk of total obliteration via nuclear war in a long-planned confrontation geared toward obtaining total planetary domination, just because a few manipulators in the US government decided that would be a good thing.

It doesn’t need to be this way. Never did. There’s no good reason why nations can’t just get along and work together for the common good of all. The only reason that’s not happening is because of this insane desire to dominate and control instead of collaborate and thrive.

These demands will be met whether Kyiv agrees to them or not:

The Kremlin has announced its demands for ending the war in Ukraine:
-Ukraine must change its constitution to guarantee it won't join any "blocs", i.e. NATO + EU.
-Must recognise Crimea as part of Russia.
-Must recognise the eastern separatist regions as independent.

The only difference is agreeing to them now saves thousands of lives. Kyiv cannot stop Russia. Whether Russia is dumb enough to be drawn into waging a gruelling counter-insurgency against empire-backed proxy forces is another matter.

Western governments are making no real secret that they know this is an unwinnable war for Kyiv. They had more faith in the Afghan regime’s ability to hold up against the Taliban than they do in Ukraine. And rightly so. This is just wasting human lives.

This is a proxy war to advance US unipolarist objectives. Nothing more, nothing less. If you still support it because you like the US empire then just say that; don’t pretend it’s about saving lives, and don’t pretend you give a shit about Ukrainians.

It was correct to oppose the dangerous agendas that were rolled out by the US empire in the jingoistic hysteria after 9/11. Doing so didn’t make you an Osama lover, and it didn’t mean you supported the killing of Americans. And anyone who claimed otherwise was being an asshole.

It is correct to oppose the dangerous agendas being rolled out by the US empire in the jingoistic hysteria of the Ukraine war. Doing so doesn’t make you a Putin lover, and it doesn’t mean you support the killing of Ukrainians. And anyone who claims otherwise is being an asshole.

It says so much about where we’re at as a civilization that one of the most outrageous, controversial and incendiary things you can do on social media today is criticize the most powerful government in the world for its role in starting a war.

It’s laughably absurd to demand that only Putin be criticized for this when already so few are criticizing the western actions that led us here. It’s infantile and insulting to the intellect. It deserves not the slightest shred of respect. It deserves only disdain and rejection.

You don’t get to saturate the western world with a single homogeneous and plot hole-riddled pro-NATO narrative, ban media outlets who dispute that narrative, and then still scream at people for criticizing NATO actions that led to a war. That’s not a thing. Shut your dopey mouth.

Nuclear war is the single greatest and most immediate threat to our species today and avoiding it should be our absolute foremost priority. Whatever your other concerns, agendas, desires or ideological preferences, none of them will matter if nobody is left on earth. For anything else you fear or desire to be at all relevant in the future, war between nuclear superpowers must first be averted. This is self-evident.

Western powers initiating de-escalation and detente is the only sane option on the table, and those who are calling for it are being shouted down, censored and marginalized while hawkish escalations and brinkmanship are being advocated by the entire political/media class.

You asked for a robust anti-war movement in America, you got demonstrations calling for World War 3.

74 percent of Americans say they support a US/NATO no-fly zone in Ukraine because the press and the pollsters aren’t doing their fucking job and telling people what those words mean.

I repeat that it would really help if we switched from calling it a “no-fly zone” to calling it a “directly attack the Russian military zone”.

When people tell me a no-fly zone or other military attack on Russia wouldn’t lead to nuclear war I like to ask them “Are you willing to bet every life on earth that you’re right about that?” Really press them on this one. Make them answer, and make them justify their answer.

It’s very revealing how in the minds of empire apologists the conflict under debate is always comparable to World War 2, the one war that the US can justify having entered into eighty years ago, instead of all its many other wars since that it can’t justify at all.

All the talk about World War 2 lately reminds me of how the Soviets beat Hitler while the US needlessly nuked Hiroshima and Nagasaki and burned 100,000 civilians alive in Tokyo and then used its global narrative control to take credit for winning the entire war.

When you refuse to fully examine your western privilege, defense will look like an attack.

When you refuse to examine your western privilege, you can talk about your trauma all the damn day long while inflicting vast amounts of trauma on families in the name of “not giving in” to Putin.

When you refuse to examine your western privilege, you can claim a country on the other side of the world that you didn’t know the name of last week is something you’re willing to blow the world up for in order not to “give up”, like it was ever “yours” in the first place.

When you refuse to examine your western privilege, you can comfortably buy the lie that you’re perpetually up-punching in every conflict, always the little Marvel hero coming to save the world from the big bad evil villain.

When you refuse to examine your western privilege, you indulge in a kind of political Munchausen syndrome where you are a perpetual victim that is always being bullied.

When you refuse to examine your western privilege, you can read one (1) New York Times think piece about a situation you knew literally nothing about five minutes ago and assume that your new-found opinion is the only opinion that exists and every other opinion needs censoring.

We don’t make a big enough deal about how MSNBC fired Phil Donahue for not supporting the Iraq war. Couldn’t ask for more damning evidence that mass media institutions care about conducting propaganda and not truth or facts or holding the powerful to account.

Corporate media have every incentive to beat the drums of war as loud as possible 24/7, from ratings, to maintaining access to government officials, to defending the status quo their plutocratic owners have built their kingdoms upon. Anyone who wants to make money in news media now knows that in order to do that you’ve got to consistently demonstrate that you will always promote the interests of the oligarchic empire at every opportunity. Donahue didn’t play the game.

One thought on “The US Chose This Conflict: Notes From The Edge Of The Narrative Matrix”