HOME / WORLD / Forcing the choice: Which side of history are you on? 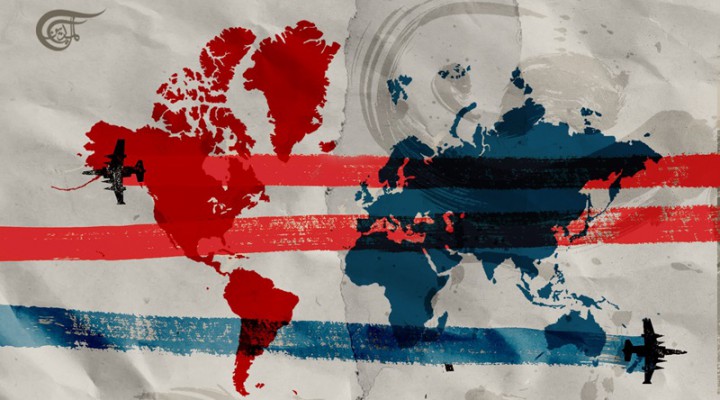 Russia and China are making a show of power to force a withdrawal in the boundaries of US hegemony.

It has become increasingly obvious that the West has had no diplomatic strategy to deal with the Ukraine crisis beyond cranking-up Psyops into a hysteria. Western leaders did not appreciate early enough the wider geostrategic inflection point brought about by the Putin-Xi Beijing Declaration, or the determination with which it would be implemented. Rather, Europe followed the usual reflexive Merkelism (named after the former German Chancellor) of avoiding making any hard decisions; papering-over strategic schisms with a dash of cash; adding plenty of fudge, and then a kick of the can down the road.

Consequently, it has blundered into a crisis that has crashed the western rules-based order. Effectively there has been no real negotiation, nor will there be. Putin has been pilloried as ‘a Hitler’, who must be stopped at all cost (implying military action, as well as sanctions). The unipolar order of western rules was ruptured on February 21, and two global spheres will tear at each other until the pain becomes unbearable. Europe, more than anywhere, faces a disastrous prospect ahead that will hobble it economically and socially, for a decade, as it loses the sanctions war.

Europe’s opting for this off-the-scale demonisation of Putin and Russia (reflecting perhaps deep anxiety) will put the rest of the world to the test – at the point of a weaponised ultimatum.

It has already begun in the Middle East: US officials are demanding an accounting for all dealings and imports connected with Russia. They want the purchases, whether foodstuffs or goods, stopped completely. This, however, is just the beginning.

Former Russian President Dmitri Medvedev, in attacking western Ukraine sanctions on Russia, has called for Moscow to respond symmetrically and said that the sanctions could “become a good reason to finally reconsider all relations with the countries that impose them,” including a discussion on “strategic stability”. “We don’t really need diplomatic relations,” he wrote. “It is time to put padlocks on the embassies.”

So, is this what the newly emerging world order will be like: On the one hand, Europe and the US demanding the Middle East states to impose sanctions against Russia, and on the other, Moscow rigorously surveilling those that do?

Some states will be more affected, others less so, yet in different ways. Russia and China are making a show of power to force a withdrawal in the boundaries of US hegemony. Power is about perception – about casting a spell over people. People defer to authority. You have it — until (suddenly) you don’t. The spell breaks, and the Emperor stands naked. Until China and Russia are successful and seen to deploy their power effectively, theirs will be the new ‘spell’. The new ‘thrall’ (W.B. Yates’ term).

Iran and Syria will be contemplating this closely. And all states will be watching where the ‘power’ finally comes to rest. These are early days. The West undoubtedly is emitting a lot of raucous noise, but how to interpret the extreme anger in the West? Simply this: In the end, there is reality. And that reality – i.e. what the West can do about it – is all that matters.

So, on the one hand, Iran can see that Biden would love to see more crude oil on the market and its price tumble (gasoline prices in the US are a crucial litmus in advance of US elections). Iranian negotiators must know that the moment could hardly be more propitious to squeeze the Biden ‘pips’ over sanctions.

Yet there is then the matter of the waxing and waning of Power and Authority. A deal with Iran will be spun by the western ‘machine’ as evidence of Putin’s isolation and of distaste for his actions in Ukraine; of his abandonment by Iran who chooses to remain within the western economic order – thus confirming its continuing Power.

Of course, it would be totally untrue. A lie. Iran supports Russia’s actions in Ukraine. Yet, it will be spun to the complete opposite – that’s today’s ‘reality’, too (unfortunately). Of course, Iran has reassured Moscow multiple times, but be sure, Russians will peer through squinted eyes at the sight of an ally doing a deal with an enemy (even if that deal might make their ally stronger). It’s just human nature to resent a friend’s hook-up with your enemy.

This leaves “Israel” with a double paradox: What do they hope for? A stronger Russia, and an Iran eschewing the Biden ‘deal’ (with Iran in Russia’s tow, as it were), or a ‘weaker Russia’, but with an Iran made stronger by Biden giving it a very generous deal? Iran might try for both, of course!

And “Israel’s” second ‘new world order’ paradox? Well, how to manage the awkward splits of having a foot in Moscow (for Syria reasons), yet to appear to be unreservedly in the Biden camp.

“Israel” has a genuine difficulty here. Public sympathy lies with the Ukrainians. 2,500 Ukrainian Jews are trying to emigrate to “Israel”. The President – Zelensky – is Jewish, and many Israelis see Ukraine as deeply linked to the Jews – in both a good and a bad way (the first documented German massacre in 1941 was of the Kiev Jews: 33,771 were killed in one day).

Supporting Ukraine aligns “Israel” with the Biden Administration; but even this is problematic – as reports reveal that the CIA (since 2015) is running a training camp for Neo-Nazis in Ukraine, to act as a deterrent to Russia. “Ukraine really does have a far-right problem, and it’s not a fiction of Kremlin propaganda. And it’s well past time to talk about it”, explained journalist and expert on the Ukrainian far-right, Michael Colborne, who has written a book on the Azov movement.

To manage these awkward ‘splits’, “Israel” rejected the US request to join the sponsors of the UNSC resolution condemning Russia; and though “Israel” has publicly expressed its support for Ukraine and Foreign Minister Yair Lapid formally blamed Russia for the attack – “Israel” has tried to maintain a vague stance toward Moscow.

Again, seeking to appear neutral is not easy. Ultimately, “Israel” was forced to decide. The result: “Israel” is now at the front of the Biden camp, and this could be distinctly uncomfortable – even painful. There was a hint of this a month ago when Russian and Syrian planes jointly patrolled the Golan Heights near the “Israel” border in what Russia said would be a routine practice. Indeed, as soon as “Israel” issued a statement of support for Ukraine, Russia declared that it does not recognize “Israeli sovereignty on the Golan Heights, which are an inseparable part of Syria.”

This is likely to become a continuing story: ‘Forced to decide’ — on which side of history do you stand?

One thought on “Forcing the choice: Which side of history are you on?”