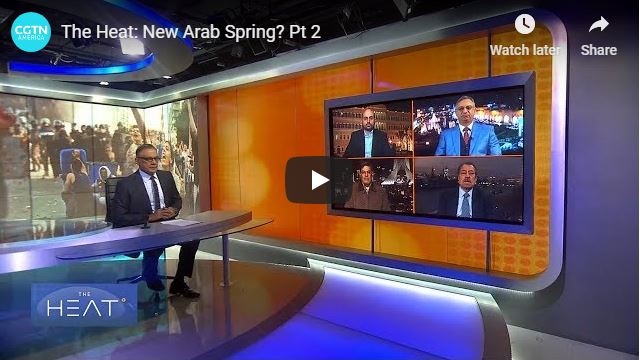 To discuss the current wave of anti-government protests: Habib Battah is an independent journalist and the editor of Beirut report dot com. Ahmed Rushdi is a senior foreign policy adviser to the Iraqi parliament. Mohammad Marandi heads the American Studies department at the University of Tehran. Abdel Bari Atwan is editor-in-chief of Rai al-Youm, a London-based Arabic news site.

Marandi: One guest said all parties in #Lebanon are corrupt family institutions that own the country’s wealth, yet fails to mention that #Hezbollah isn’t controlled by any family or that it’s members don’t have access to the US controlled banking sector