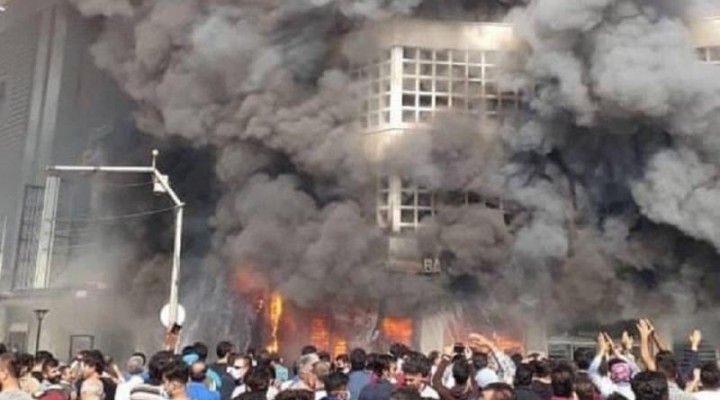 OneWorld is publishing the exclusive English-language version of the interview that Andrew Korybko gave to Iran’s “Young Journalists Club” earlier this month:

1. What is Hybrid War and how does it work?

I first unveiled my model of Hybrid War in my 2015 book titled “Hybrid Wars: The Indirect Adaptive Approach To Regime Change” and then built upon it to in my article series about “The Law Of Hybrid Warfare” to describe this process as externally provoked identity conflict that exploits pre-existing identity differences (ethnic, religious, regional, political, and socio-economic) in order to trigger a Color Revolution that could eventually transition into an Unconventional War in pursuit of regime tweaking (political concessions), regime change (self-explanatory), and/or regime rebooting (the “Bosnification” of a state along identity lines).

This process works through heavy information warfare that preconditions the population (both in general but especially targeted identity groups) into accepting the seeming “inevitability” of the preplanned scenario, which is aided to a large degree by intelligence agencies that operate under the cover of some NGOs in partnership with local collaborators who either agree to take to the streets in “protest” after a so-called “trigger event” (e.g. “disputed election”, police forcibly responding to “civilian” attacks against them, etc.) and/or take up foreign-supplied arms to wage a campaign of terror against the state.

The situation usually escalates after well-intended civilians are duped into participating in the “protests”, after which they’re used as de-facto “human shields” to protect a core group of provocateurs who then attack the police in order to provoke them into forcibly responding, during which time it’s usually taken for granted that some innocent civilians will be caught in commotion as “collateral damage” and then the “protests” could take on a larger, more “inclusive” form until they hit a critical threshold that brings the affected city/region/country to a halt. The cycle of Color Revolution violence then continues to transition into an Unconventional War.

The pattern is only broken if the state is successful in nipping this Hybrid War plot in the bud early on to prevent it from escalating, otherwise only differing degrees of strategic surrender (regime tweaking/political concessions, regime change, and/or regime reboot/”Bosnification”) might potentially defuse tensions, but even then the foreign-backed anti-government movement might feel emboldened and actually intensify their destabilization efforts in pursuit of their maximalist demands. To simplify this process, hostile intelligence agencies try to pit citizens against their state, which is why it’s such a challenge to respond to this threat.

Yes, and it’s been doing so since the 1979 Islamic Revolution. In fact, one can even say that it’s been waging Hybrid War against the Iranian people since even before that because it backed the Shah in his campaign of oppression against his citizens. That variant of Hybrid War was one of state-on-citizen violence aimed at “regime reinforcement” (preserving the government in power) instead of the more popular modern-day form of citizen-on-state violence aimed at regime change.

3. What is the Trump Administration’s Hybrid War strategy?

The Trump Administration hopes to use sanctions as a weapon for worsening the living standards of average Iranians, which in turn is theorized to make them more susceptible to the anti-government information warfare that would precondition them to participating in “protests” following a preplanned “trigger event”. It also hopes that this would erode the will of the population to resist this scenario by convincing them that they shouldn’t interfere to stop the Color Revolution when it’s finally attempted once more. In addition, the US is arming various terrorist groups, including the MeK, so that they could function as the “Unconventional Warriors” in the second phase of the Hybrid War process.

4. What are America’s short-term goals against Iran?

The US wants Iran to cease its support for regional Resistance movements such as Hezbollah and the Ansarullah (the latter of which only receives political support unlike the fake news alleging that it receives military support too), and it also wants the IRGC to withdraw from Syria so that it no longer poses a latent threat to “Israel”.

5. What are America’s long-term goals against Iran?

The US’ long-term goals are to carry out regime change against the Iranian authorities and then impose a hyper-neoliberal economic model onto the population that would enable America and its allies to fully exploit the country’s natural and human resources, which would then return Iran to its prior status that it had before the 1979 Islamic Revolution as a regional puppet that might even eventually be partitioned along ethnic lines.

6. Please tell us more about Fourth Generation Warfare and the role of social media in the Hybrid War on Iran.

Fourth Generation Warfare concerns the weaponization of social processes, so Color Revolutions — the first phase of Hybrid War according to my model — definitely fall within that ambit. Social media plays a major role in riling up targeted populations, whether through fake news or even partially true news that’s been decontextualized (especially through selectively edited video footage) in order to manufacture a false narrative such as the common one of “police carrying out an unprovoked attack against unarmed civilians”. Simply put, Color Revolutions require social media to spread weaponized information warfare narratives in order to entice more people to take to the streets in protest and achieve the critical mass needed for provoking a conflict between citizens and the state, which then triggers an escalation that could eventually lead to an Unconventional (terrorist) War.