HOME / WORLD / The fires of war 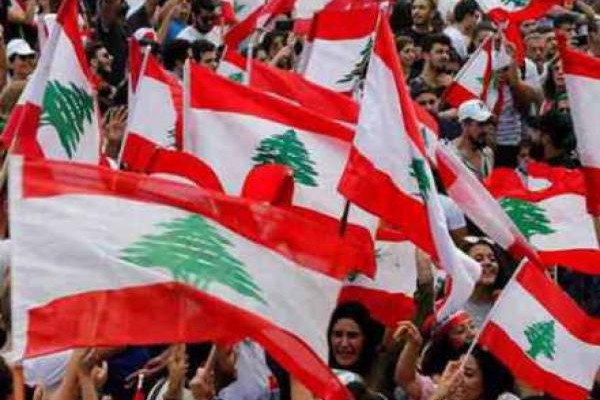 The US and Israel are cooking something up for Lebanon

The strong and clear warning sent out to the UK government to its citizens against visiting Lebanon did not come out of anything. It suggests Lebanon faces a major security threat that the British government and security services, who work closely with their Israeli, American and European counterparts, are aware of.

We can only speculate about the precise nature of this threat and the potential parties behind it. But reliable sources with close ties to the resistance in Beirut insist that the raging forest and bush raging in South Lebanon were deliberately ignited and that Israeli hands were behind them. One of the suspected arsonists has been detained by Hezbollah security and is undergoing interrogation to uncover his web of accomplices and their direct ties to Israel.

The sources declined to reveal the identity or nationality of the detained suspect, only to say he is neither Lebanese nor Palestinian and has close ties to Israeli intelligence. The motive for setting the fires is apparently that Israeli circles are convinced that the tree and bush cover of southern Lebanon conceals Hezbollah missile stockpiles and workshops. The purpose of the torching is twofold: to damage these facilities directly, and to expose them to attacks from the air in a possible upcoming war.

Our sources linked the fires in South Lebanon to a blaze that erupted in a car park South of Tel Aviv on 14 November 14th], leading to a major explosion. Videos circulated on social media recording the moment of the blast, the sound of sirens, and fire trucks rushing to contain it, which suggest it may be a prelude to further such incidents staged by the resistance in retaliation for the South Lebanon fires.

The fires targeting Hezbollah’s heartlands, popular support base, and military infrastructure come amid an unprecedented state of tension and security escalation in Lebanon, and follow a series of desperate attempts to trigger armed clashes — notably the Khaldeh ambush and the Tayouneh massacre. When these provocations failed to achieve their objective, Plan B was set into motion with the fires, as a prelude to the third option of a military offensive.

Over the past few days, the Israeli military has conducted extensive exercises using all its weapons systems, including simulations of Hezbollah attacks on the Israeli interior, cities like Haifa, Tel Aviv and Ashdod, power and water plants, ports, and the major airports (in the Lydda/ Tel Aviv area and in Ramon in the South).

In a study published by the Israeli Institute for National Security Studies (INSS), Gen. (Res.) Meir Elran warned that anticipated casualties from a Hezbollah missile onslaught would be severe and diminish the army’s ability to achieve victory.

It is almost certain that Hezbollah will not be the initiator of such a war, and its leadership will continue to exercise maximum restraint as it did in response to the provocations in Lebanon that attempted to drag it into civil war. But if Israel initiates the aggression, the response, in the words of Raialyoum’s sources, will be cataclysmic.

Israel is alarmed and rattled. It will lose this ‘fires war’ just as it lost the ‘shipping war’ it ignited. Our information indicates that Hezbollah has placed its 100,000-strong fighting force on alert and is bracing for a major regional conflict. That may explain the UK travel warning and recent high-level US-Israeli contacts. Washington and Tel Aviv are cooking something up for Lebanon in conjunction with local Lebanese and perhaps also Arab players.

0 thoughts on “The fires of war”