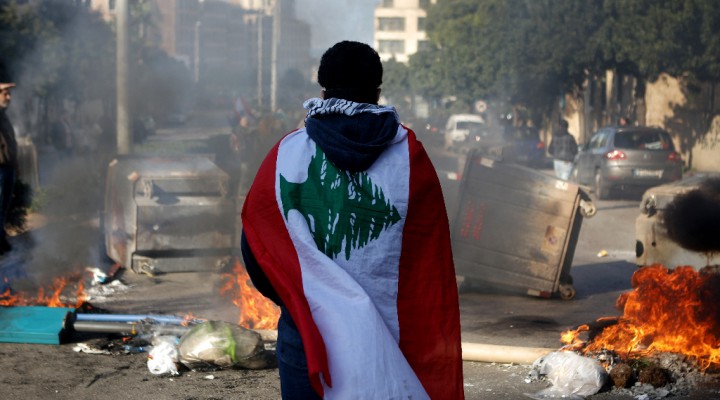 The US and its clients are trying to exploit the crisis to advance their plans to destroy Hezbollah. They should know better.

Let us start at the end, without getting bogged down in the details and analyses that fill the Lebanese and Arab media these days: The current ferment in Lebanon, which resulted in the resignation of Hassan Diab’s government over the Beirut Port explosion, will eventually lead to the demise of Lebanon’s corrupt ruling elite and the 1989 Taif Agreement that brought it to power and established the sectarian carve-up system that sustains it.

The Lebanese people want genuine democratic reform of the regime without damaging the state itself. But the people, regrettably, are not the key decision-makers in this regard. The main shots are being called by external forces, especially the US and Israel, and their local clients. They want to replay in Lebanon the scenario they scripted for Syria ten years ago. It failed in Syria and is doomed to the same fate in Lebanon, if only some people could learn from example.

The Syrian scenario was, and still is, purposed at overthrowing the regime in Damascus. The unfolding Lebanese scenario seeks to overthrow the ’state’ of Hezbollah, i.e. to disarm the movement that liberated South Lebanon from Israeli occupation at the behest of the occupier state, which has come to see it as an existential threat to itself.

In Syria it began with angry demonstrations in Deraa and the same is to happen in Lebanon. The angry demonstrations and protests we have seen in Beirut (which are set to spread soon to Tripoli) and the hanging of an effigy of Hezbollah leader Hassan Nasrallah are telling in this regard. It is Nasrallah’s head they want: those of other Lebanese politicians were added as a deception, to give the impression that the political elite in its entirety faces the gallows.

Whenever popular protests and demonstrations turn violent and trigger civil wars, they invariably begin peacefully and express legitimate demands for democratic change, political reform and social justice. Then they get hijacked, and produce completely opposite outcomes. This is because the demands the protestors make, and die for, are totally at odds with the aims of the external forces that exploit them. Syria, Libya and Iraq provide us with examples.

But conditions in the region have changed over the past ten years. The states that intervened in the Syrian crisis — militarily, politically and financially – now face crises of their own: financial crises (due to the oil price crash) and socio-economic and health crises (due to the coronavirus outbreak). They are also entangled in other regional wars (Saudi Arabia and the UAE in Yemen, and — along with Egypt, Qatar and Turkey — in Libya).Yet when the orders come forth from Washington to trigger bloody strife in Lebanon, the necessary funds are immediately made available and prioritised, along with the necessary ideological cover (mainly in the form of sectarian incitement).
Diab’s government was like a helpless premature baby from the day it was born. It was never allowed to govern. It was trashed because its prime minister proposed the shortest way out of the crisis: early elections — within two months — to give the Lebanese people a chance to take the initiative themselves via ballot boxes rather than violent protests. This could have brought down much of the corrupt ruling elite. That is why ministers began resigning from his government under pressure from that same elite, and why he was forced to pre-emptively resign before he was toppled. The pretext for rejecting his proposal was that a new electoral law would first have to be put in place, an utter impossibility in the current state of high political tension.

The Diab government is now out of the way. The next target will be President Michal Aoun and then the speaker of parliament, in order to create a government and constitutional vacuum that throws the doors wide open to foreign intervention and proxy warfare. This ‘alternative’ is ready and waiting, and has been in preparation for months if not years, which is why fears are growing that a bloody future lies ahead.

Lebanon is rapidly sliding down the slope to foreign trusteeship or management by supposed ‘Non-Governmental Organisations’ on the grounds that it has no government. Who knows, the ‘White Helmets’ might even make an early appearance there, given that they are based only a short drive away in Syria’s Idlib province.

Lebanon is also only one week away from facing another time-bomb whose detonation could also be highly destructive. The discredited Special Tribunal for Lebanon (STL) is due to announce its verdicts in the case of the 2005 assassination of former prime minister Rafik al-Hariri. This could provide a further trigger for violent protests. The verdicts were due to be announced last week, but were postponed. This was not out of sympathy for the victims of the port explosion, but in order to maximise their political impact after the stage has been set for this terrifying prospect.

Like the Syrian regime, Hezbollah will prove impervious to pressure to disarm or exit the political scene. Unlike most of its opponents, it is well armed (better than the Lebanese army, though that is not its fault or responsibility), has a large and cohesive base of support (it has experienced no meaningful internal splits in the nearly 40 years since it was formed), and has the backing of a strong and reliable regional alliance (the so-called ‘Axis of Resistance’). More importantly, it has succeeded in building domestic alliances that span Lebanon’s sectarian divides, comprising fellow Shia, Christians, Sunnis, Druze and others. Hezbollah would be a major beneficiary if the Taif Agreement was annulled, as it never profited from the sectarian carve-up of power it established. It always demonstrated that it does not aspire to take power on its own, and constantly made unpalatable concessions to other political forces in order to avoid strife and preserve the Lebanese state.

There is no shortage of skills and experience in Lebanon, and there are people of integrity and wisdom from every sect. They could come together quickly to spare the country from the slippery slope the Americans, Israelis and French are trying to drag it down, and form a government of national salvation. It could be led by the incorruptible former prime minister Salim al-Hoss or, given his advanced age, people nominated by him. Former army commander turned president Emile Lahoud could lead a proper national probe including army generals into the port explosion, avoiding an international investigation that many fear would be manipulated to advance US political goals.

Lebanese politicians and parties tempted to go along with US, Israeli and French plans in order to gain political advantage would be well advised to be wary. They should pause to consider the lessons learned from the experiences of Syria, Libya and Iraq before plunging their people into a similar inferno.

The after-effects of civil wars linger long. The impact of Lebanon’s 15-year conflict can still be sensed on the ground and in people’s minds. This blinds some to the fact that Hezbollah is an integral part of Lebanon’s social fabric. It cannot be simply shipped out to Cyprus or Tunisia, as the Lebanon-based Palestinian resistance was after the 1982 Israeli invasion, under a dubious American-brokered deal. Times have changed since those days, radically.

0 thoughts on “Replaying the ‘Syria Scenario’ in Lebanon”