HOME / WORLD / Is the Partition of Lebanon now on the table? 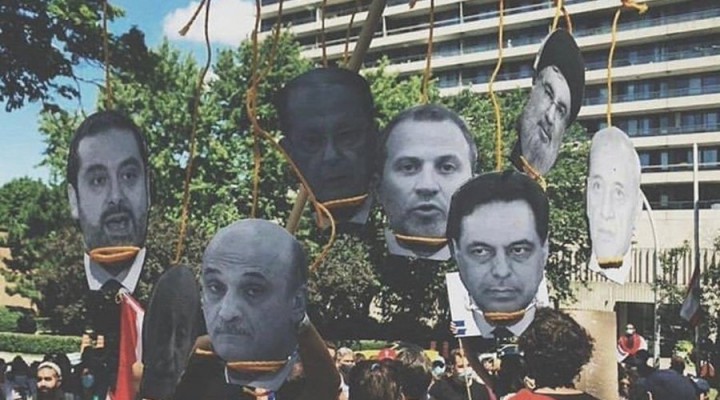 Following the end of the 1975 civil war in Lebanon, the Taef agreement (one of the worse agreements on record) was signed between the belligerents. It delivered the country into the hands of the civil warlords who today rule Lebanon along with their children. Since then they have been frenetically diligent in stealing public wealth, mismanaging the country and offering precious little infrastructure to the inhabitants. They shelter behind the religious leaders, who are keen to offer protection to these lords… as long as they guard the governmental position allocated to each of the 18 Lebanese religions, according to a confessional system far removed from democracy or even nationalism. And indeed, the French President, Emmanuel Macron, was careful to say, during his last week’s visit to Lebanon, at his meeting with these same warlords: “It is not up to a French President to write your history on your behalf. It is you who have to do it.”

Macron rejected the idea of an early parliamentary election and requested that these war Lords unite in “one united government”- which means international community support for the same politicians responsible for the Lebanese crisis and large-scale theft for decades! But the population took to the streets the day following Macron’s departure, making the point that a sectarian confrontation could no longer be excluded. Is it possible to divide Lebanon, following on from another sectarian war? What would be the reaction of the powerful players? It’s high time for this Lebanese government to leave. What next?

The time has come for the departure of the Lebanese government led by Doctor Hassan Diab. Diab, a Sunni, is not a political leader and belongs to no party. He is an intellectual and a university professor who was prevented from implementing real changes and put an end to the long-established corruption pattern. Lebanese war lords gathered against him domestically and took the trouble to travel abroad asking world leaders to refrain from supporting the current government. Even the Speaker Nabih Berri tried to shake Diab and his government, although Berri has two ministers in the same Diab cabinet, and has contributed to its failure. Berri’s ministers finally rejected the idea of removing the Central Bank governor and taking him to trial for his mismanagement of public savings and for his spectacularly unsuccessful financial engineering.

Prime Minister Diab said he is “giving it two months” – he won’t last that long – to allow the war lords to meet and decide what to do next since they are the ones preventing the government from moving forward. He also said he is willing to seek an early parliamentary election, a proposal that will certainly be rejected by the powerful politicians and will maybe lead to Diab’s own resignation.

In fact, the Sunni and the Christian powerful parliamentary groups would be the most damaged from an early election. Both Sunni (Saad Hariri) and the Christians (GebranBassil) have suffered serious damage to their popular base and would definitely lose many of the seats they are holding today. The Druse (Walid Jumblat) and the Shia (Nabih Berry and Hezbollah) have stable seats and well-established popular support.

The international community is reasonably asking for a united front of all politicians – who boycotted the current government – in the forthcoming cabinet to avoid internal bickering and for all warlords to assume their responsibility to move the country forward.

Macron believes the US economic pressure on Hezbollah is harming the Lebanese population, among these the friends of France and the US. Moreover, the more the US increases its pressure on Lebanon, the more the country will be heading towards Iran, China and Russia. That’s without counting the number of refugees that would be flocking to Europe. The US “maximum pressure” on the “Axis of the Resistance”, mainly Iran, Syria and Hezbollah, has not achieved the desired result. The US has failed in its attempt to subdue Lebanon and has managed to push its allies, mainly European, to find more ways to distance themselves from US dominance.

“The problem of Lebanon is the fact that there are too many countries around”, wanting to dominate it. This is what the French President said. He described a reality the Lebanese are dangerously unaware of, and where Partition remains a dangerous ghost.

0 thoughts on “Is the Partition of Lebanon now on the table?”