HOME / Multimedia / Hariri is Back in the Game–MES EP.78 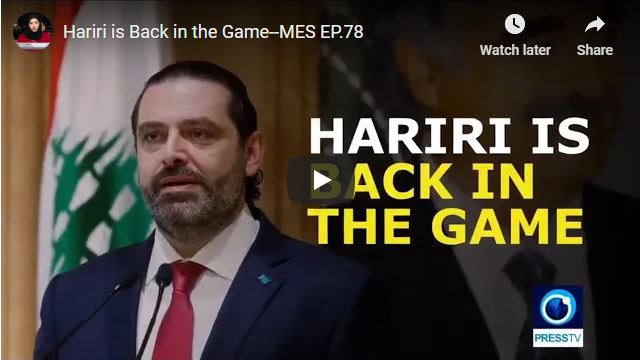 Former Lebanese Prime Minister Saad Hariri who was toppled in a popular uprising nearly one year ago, has been tasked with forming the crisis-plagued country’s next government. Hariri’s dramatic return was enabled by the votes of 65 MPs from across the country’s political spectrum. Hariri now faces the grueling task of forming a cabinet in a country still reeling from the aftermath of a massive explosion that ripped through the capital in August. The country is mired in a financial meltdown, political infighting and widespread anger at Beirut’s ruling elite.

To discuss this issue with us from Beirut is Dr. Danijel Jegic academic and political commentator. In a deal brokered by the White House, Sudan has agreed to normalize ties with the Israeli occupation.

It’s a dangerous step for a country that has long been bitterly opposed to Israel. Washington’s push for Sudan-Israel ties is part of Trump’s campaign to score foreign policy achievements ahead of the US presidential election in November. Sudan seemed like a natural candidate for the US pressure campaign as it struggles to be removed from a US list of states sponsoring terrorism in order to unlock international loans. So basically, Sudan is victim of solicitation.

To discuss this issue with us from Khartoum is Kholood Kair, managing partner at Insight Strategy Partners.