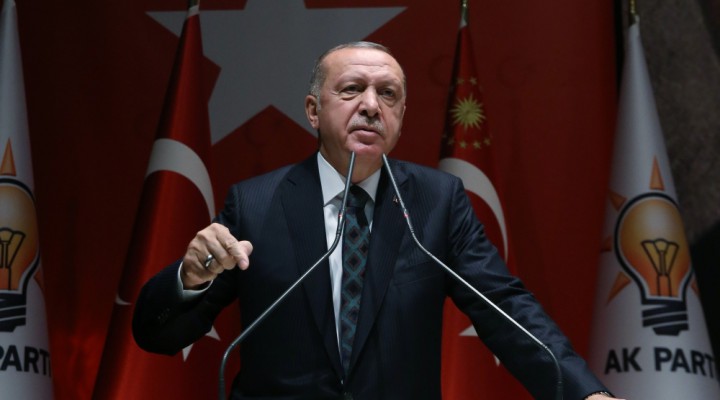 Turkish President Recep Tayyip Erdogan told journalists this week his country hopes to improve ties with Israel, Egypt and Saudi Arabia after turning a new leaf with the UAE following Abu Dhabi Crown Prince Mohamed bin-Zayed’s visit to Ankara. But wishing is one thing and the reality on the ground quite another.

Erdogan evidently wants to gradually revert to the policy of ‘zero problems with neighbours’ that Turkey pursued in the 2000s. Meanwhile, that policy has begun to be appropriated by the UAE and applied to the Arab world following the Saudi/Egyptian reconciliation accord with Qatar at the start of this year. The UAE has since reached out to Syria, Iran, and Turkey and disengaged politically from Libya.

But what migh have worked ten years ago may be difficult or impossible to achieve after the ebbing of the ‘Arab Spring’ wave and the retreat of political Islam, and with the Turkish economy in crisis and opposition parties advancing in the opinion polls. Opposition CHP leader Kamal Kiricdaroglu’s taunts at Erdogan — wondering what happened to his passionate support for the Muslim Brotherhood, or how his wooing of the UAE sits with his charge that it backed the military coup against him — reflect considerable scepticism at home, and maybe abroad too, about the president’s ability to pursue a new version of the old policy. Much water has passed under that bridge.

The main goal of Erdogan’s walk-back from a regional policy of belligerency on multiple fronts is to repair relations with the Israeli occupation state. This is clear from his cordial telephone conversations with Israeli president and prime minister after the release of an Israeli couple arrested on espionage. He made sure to affirm his desire to develop relations and strengthen cooperation between the two countries which, according to the official Turkish account, would bolster stability in the Middle East. The chill in relations with Hamas, the curbing of the activities of Muslim Brotherhood members in Turkey, and the muzzling of some of their media platforms may be pointers in this regard.

Erdogan’s rapprochement with the UAE produced a major achievement for him by silencing Sedat Peker, the mafia boss who broadcasted damning weekly videos from Abu Dhabi implicating the ruling party and members of the president’s entourage in various scandals. Peker has not posted any videos for more than two weeks and may be deported from the UAE before Erdogan visits early next year. There is also the promised $10 billion UAE investment fund, but its announcement failed to slow the precipitous fall in the value of the Turkish lira.

The UAE, for its part, wants Erdogan to stop backing the Muslim Brotherhood and disengage from political Islam, and also to buy up some Turkish public sector companies, especially military industries like its rival Qatar (which bought a tank factory). It has achieved most of its goals by exploiting Turkey’s economic crisis. It also seeks to use Turkey as a pressure card against allies Egypt and Saudi Arabia, with whom relations are not in great shape these days. Diplomatic sources say there is consternation in Egypt about Bin-Zayed’s visit to Ankara and offer to funnel billions into the Turkish economy.

Erdogan is to visit Abu Dhabi in February and there is speculation that this may be used as cover for a subsequent visit to occupied Jerusalem. Any official rapprochement with Egypt may be a long time coming. Its government is rapidly drawing closer to Syria and waiting to see how Turkey behaves in Libya at and after the forthcoming elections there. The Egyptian leadership does not trust Erdogan and is suspicious of his true motives, especially with regard to distancing himself from political Islam. It has also forged strong political and military links with Greece and Cyprus.

What is striking is that Erdogan wants normalisation and reconciliation with all his adversaries and foes, and is prepared to make them unexpected concessions, with the exception of his neighbour Syria. Yet normalising relations and resolving disputes with Syria would greatly help him overcome all his current crises: domestic, external, financial, and economic. While the Gulf states (other than Qatar) have been steadily mending fences with Damascus, Erdogan remains intransigent and resistant to any pressure, including from Russia, to move in the same direction. He won’t hear the term ‘Asad’s Syria’ uttered by anyone.

In explaining Erdogan’s stance, Turkish affairs specialist Hassan Mahalli says the Turkish president has dug himself into a hole he cannot get out of. What is he to do with the 100,000 Syrian allies who are on his payroll in Idlib and other parts of northern Syria? Or the tens of thousands of Chechen, Uighur, Turkmen and other foreign fighters there? Not to mention nine million Syrian civilians including five million refugees in Turkey itself. Reconciliation would mean Turkey absorbing large numbers of these refugees and fighters. That is out of the question for Erdogan. It could trigger a revolt against him, especially with racist hostility to Syrians sharply on the rise in Turkey.

The 18 months separating us from the Turkish presidential elections will be one big headache for Erdogan. The opposition controls the country’s two biggest cities, the economic hub Istanbul and the political capital Ankara, and the popularity of Istanbul mayor and likely opposition presidential candidate Ekrem Imamoglu is soaring. The series of protests held in various Turkish cities may signal the start of an organised pushback against Erdogan and his party and his alleged authoritarianism and mismanagement.

The big economic and political achievements once overseen by the AK Party under Erdogan’s leadership are fast unravelling. Fatwas issued by some clerics praising the president for combating ‘usury’ by pushing down interest rates convince nobody and only provoke ridicule. Turkey has had a capitalist interest-based economy since the republic was founded a century ago, and its $480 billion debt is not in sharia-compliant interest-free loans. Turkish banks are mostly ‘usurious’, and lowering interests rates does not amount to Islamizing the economy.

The economic crisis is the biggest challenge facing Erdogan and the AKP. The poor, who constitute their biggest voter base, are suffering most from policies that have led to the collapse of the lira and galloping inflation. The only beneficiaries are the fat-cats whose bank accounts are in dollars or euros.

Erdogan’s glory days look to be drawing to a close. The months leading up to the 2023 elections are set to be tough for Turkey and its people — irrespective of the restoration of relations with Israel, the UAE or Egypt.

Is Erdogan a US/UK stooge or a rogue dictator with delusions of empire?