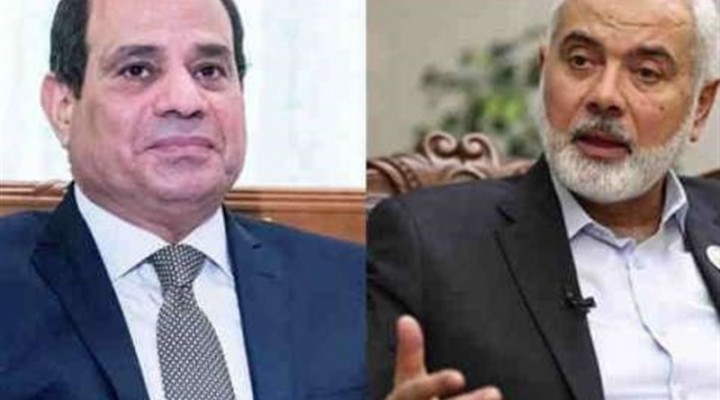 Israel’s latest war on Gaza achieved big political and military successes for the Palestinians and did unprecedented damage to the occupier state and its aura of invincibility. But it also had a further consequence: the return of Egypt as a major power and conflict-manager in the Middle East. Egypt is beginning to reclaim its historic regional leadership role after a decades-long absence due to the paralysis of the Hosni Mubarak era and the introspection that followed the Arab Spring period and its repercussions both at home and in the region.

Who would have imagined the turnaround we are seeing in Egypt’s relations with Hamas? Egyptian intelligence chief Abbas Kamel was received like a hero by flag-waving crowds when he arrived in Gaza to confer with Hamas leaders as part of his relentless efforts to sustain the cease-fire.

The Gaza war has apparently prompted Egypt to reconsider all its regional and international calculations and alliances and put the Palestinian cause back on centre-stage. The war compelled the Democratic administration in the US to reacknowledge Egypt’s regional role. President Joe Biden phoned Egypt’s Abdelfattah as-Sisi twice to seek his help in securing a cease-fire, and Secretary of State Tony Blinked made Cairo the main stop of his Middle East tour aimed at halting the hail of missiles falling on Israel.

This recognition by the US of Egypt’s central importance, echoed by Western Europe, is much needed by Cairo. Not least because it strengthens Egypt’s hand as it seeks a solution – peaceful or otherwise – to the crisis over Ethiopia’s Renaissance Dam.

There are several reasons behind the Egyptian leadership’s quest to revive the country’s once hugely influential role in the region.

First, it feels it has been largely successful in imposing its domestic agenda and shoring up the home front.

The military has also managed to largely neutralise what it saw as the two principal security threats to the state: in Sinai and Libya.

In regional politics, the Iranian-led Resistance Axis has grown in importance and effectiveness and achieved successes against its adversaries – especially in Yemen – while the Turkish-Qatari axis allied to Sunni political Islamism has been on the retreat. Egypt sees this as creating space for a centrist ‘third way’, and is tempted to move to fill it.

It has been disappointed by some of the Gulf allies on whom it previously pinned its hopes, especially Saudi Arabia, the UAE and Bahrain. They disregarded Egypt’s strategic considerations in their unseemly embrace of Israel and other moves, and – more importantly – failed to support it in the existential crisis over the Renaissance Dam and Nile water-sharing. Instead of backing it over such a vital issue they adopted the posture of neutral go-betweens.

Egypt also feels emboldened by what it sees as its successful management of developments in Libya – where it drew a line under perceived Turkish encroachment on its western flank – and its correct reading of the war on Yemen, where it resisted massive inducements to intervene militarily.

A further factor is Syria, where the army has succeeded in recovering most of the country’s territory and the armed opposition has effectively collapsed. The reduced US role in Syria implies a retreat from policies supportive of the Islamist opposition in Egypt too. Egypt’s Qatari and Turkish detractors have meanwhile been seeking reconciliation, with Qatar’s mouthpiece Al Jazeera changing tone and acknowledging Sisi as elected head of state.

There have also been many signs that the Egyptian leadership is trying to revive the Arabist legacy of Nasserism with its emphasis on the Arab-Israeli conflict, the more strongly after the ‘missile intifada’ over Jerusalem. At the same time it has sought to rehabilitate the non-sectarian nature of the leading religious institution al-Azhar.

Over the past eight years, the Egyptian state has prioritised the achievement of stability at home and has largely succeeded. The next step may now, hopefully, be to act to promote national reconciliation, improve human rights, and clear out the prisons by means of a considered general amnesty.

This would be vital as a means of bolstering national unity at a time when the possibility of war over the Nile’s waters is growing. It is also a precondition for Egypt to regain its regional leadership role in full.