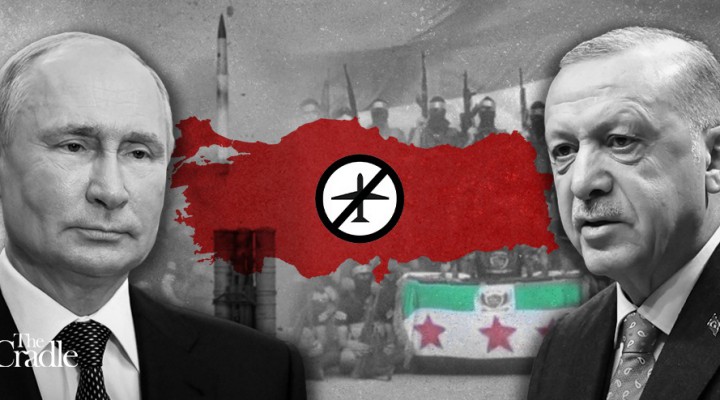 If closing part of Turkish airspace to Russian planes is an indication of Ankara’s new direction, it may prove fatal for Turkey across several fronts.

Turkey’s decision to close its airspace to Russian military and civilian aircraft bound for northern Syria surprised many observers. Foreign Minister Mevlut Cavusoglu’s announcement of this decision to Turkish journalists during his Latin America tour raised many questions about its future implications for Russian-Turkish relations.

It is unlikely that this decision may have been one of the outcomes of a Turkish-American deal following discreet contacts between President Recep Tayyip Erdogan and his US counterpart Joe Biden to clamp down on Russia. Unlike his predecessor Donald Trump, Biden believes that it is difficult to achieve regional security without Turkey, which is an original member of NATO. And so the deal between the two countries included expanding economic cooperation and meeting Turkey’s defense needs, particularly in the advanced F-35s, Patriot and THAAD missile systems.

There are several explanations for Ankara’s decision. The first is that the US exerted pressure on Turkey after it became evident that the Russians commanded the battle of Mariupol and other southeastern Ukrainian areas from the Russian airbase of Hemeimim in northern Syria – from which strategic strikes were carried out against Ukrainian forces.

A second possible explanation is that Erdogan succeeded in improving his country’s relations with Washington, taking full advantage of the desperate US need for regional allies in NATO’s proxy war in Ukraine.

But where one loses, another gains. On the back of the surprise Turkish decision, Tehran cleverly offered to allow Russian aircraft to use Iranian airspace to reach naval and air bases in northern Syria. While these flight times may be longer, there are instant benefits for the two countries, especially Iran, which has now further enhanced its strategic relations with the Russia-China axis. Iran has not been ambiguous: since the outbreak of the Ukrainian military crisis, it has failed to condemn Moscow’s actions and has stood quietly in the Russian trench.

Russian President Vladimir Putin has been generous with his Turkish counterpart. He forgave Erdogan for his 2015 mistake when Turkish air defenses shot down a Russian Sukhoi plane that allegedly penetrated Turkey’s airspace near the Syrian-Turkish border for a few seconds. It took a series of expansive Russian punishments for the Turkish president to apologize in all languages, including Russian, for the mishap.

Putin has showed understanding, and even patience, over the Turkish occupation of areas in northern Syria, contrary to the wishes of his staunch allies in Damascus. However, Ankara’s latest decision to establish a ‘Russian no-fly zone’ will not be so easy to forgive, especially if followed by further measures such as banning the passage of Russian military vessels through the Bosphorus and Dardanelles straits to the Mediterranean, in accordance with the Montreux Agreement.

This remains an option in light of the rapid – if stealthy – improvement in Turkish-US relations. But choosing to align with Washington on Ukraine also risks racking up Russian-engineered military, political, and economic costs for Turkey, one year out from the country’s pivotal elections.

Further aligning with the US also means Erdogan will not be able to continue playing his carefully crafted role as a “neutral” mediator in this crisis, and host the upcoming summit meeting between the Turkish and Ukrainian presidents.

Turkish aspirations to expand trade cooperation with Russia to $100 billion dollars per annum will also be impacted, and the sale of further Russian S-400 missile defense systems to Turkey will be unlikely. More seriously, Russia may respond by developing or expanding relations with the separatist Kurdistan Workers’ Party (PKK) and supporting its operations in Turkey.

Politically speaking, the Russian military operation in Ukraine is a matter of life and death for Putin. Therefore his response to Ankara’s belligerent moves are likely to be decisive and could possibly play out on several fronts:

Erdogan’s leadership in recent months has been characterized by confusion and volatility. Recent political developments include Ankara’s unpopular improvement in ties with Israel, its gradual involvement in the Ukraine crisis, and its warming relations with Washington. These come at a critical time, not only amid a nation-wide economic crisis but also a year before presidential and legislative elections that pose a serious threat to Erdogan’s reign.

President Putin may have decided initially to overlook Turkey’s sale of the Bayraktar drones that have arguably contributed in the deaths of some 2,000 Russian soldiers in Ukraine, and reluctantly accepted its role as an intermediary in the crisis. At the strategic level, though, it will be difficult for him to tolerate Turkey’s accelerated bias toward the west.

It is true that Turkey is a regional power, and militarily strong, but it is also true that the US-led camp toward which it is tilting is in decline, torn apart by divisions, and failing dramatically in its economic sanctions regime against Russia. Furthermore, this camp is facing an alliance of two super-powers, a nuclear third (India), and a fourth on the way (Iran), together comprising more than half of the world’s population.

President Erdogan’s gamble with Russia is risky and may backfire, at just the wrong time.