HOME / WORLD / Behind the coup in Sudan 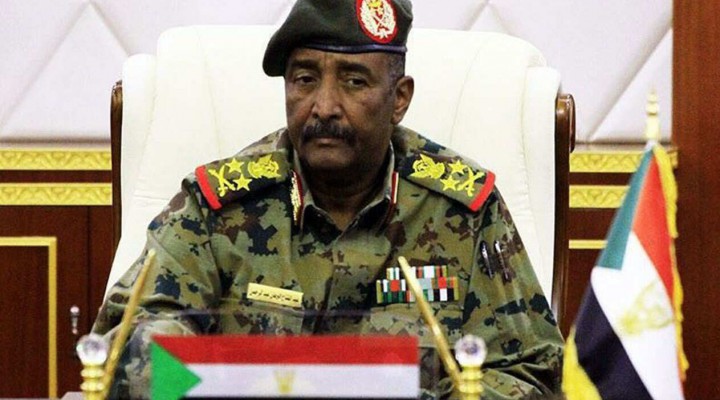 US and Israeli backing encouraged Burhan to seize power.

On Monday, General Abdelfattah al-Burhan led his second military coup in Sudan. He detained Prime Minister Abdallah Hamdok and his wife and all the civilian members of the cabinet and the Sovereignty Council and declared a state of emergency. His forces were given a green light to open fire on anyone demonstrating or protesting against his move, which will inevitably create greater instability in the country and possibly cause bloodbaths.

The coup was not unexpected. Sudan’s ruling duumvirate, Burhan and his deputy Hemedti, do not want to hand over power to civilians in November as stipulated in the Constitutional Document. Hamdok and his team were arrested because they refused to support the coup or give up their right to share power under the terms of that document.

It was striking that the coup coincided with a visit by Jeffrey Feltman, the US special envoy for the Horn of Africa. Feltman, for those unfamiliar with his record, is a staunch supporter of Israel and one of architects of the bloody war on Syria, the Deal of the Century, the destabilisation of Lebanon, and the conspiracy against Hezbollah and the resistance axis.

The groups in Sudan’s Freedom and Change Coalition which led the 2019 civic protests were due to assume power next month. Burhan, with the support of the US and Israel, acted to prevent that from happening and instal himself as Sudan’s de facto ruler.

Someone who violates the Constitutional Document, normalises relations with the racist Israeli regime in occupied Palestine, turns the Sudanese army into a mercenary force in Yemen, and bears responsibility along with his ally Hemedti for the Darfur massacres, is not fit to lead Sudan or its people, who have always stood in the camp of resistance and dignity.

Most of the other Arab regimes who lured into the Israeli trap by lies about prosperity and financial aid and signed up to the toxic ‘Abraham Accords’ are facing chaos and instability and worried for their futures.

The curse of normalisation will continue to haunt Gen. Burhan and his clique, and the Sudanese people who rose up against the corrupt military regime in 2019 and took to the streets for months, until it is renounced. The Sudanese people will not surrender or submit nor be intimidated by American threats to halt financial aid. They will remain true to their country’s legacy of resistance whatever the sacrifices.

Sudan is facing troubled times and an unprecedented period of anarchy and instability. Its people are being subjected to an Israeli American scheme to break the country up into several ethnically based components in a bid to replicate the Syrian and Iraqi models in Sudan, many of whose provinces are in ferment due to deteriorating living conditions.

It is possible that a real coup will be staged against Burhan’s coup, perhaps led by an honourable officer like the late Abdelrahman Swareddahab who takes the side of the people, wipes clean the legacy of these normalisers, and restores Sudan to its rightful place in the Arab and Islamic worlds and Africa.

The smiles will soon be wiped off the faces of Israel and its normalising Arab allies. Not only was their timing wrong – with the resistance axis gaining strength – but their moves are an affront to the beliefs and values of the region’s peoples. Every Arab state that has gone down that path has paid a heavy price and become poorer and more crisis ridden. Sudan is no exception.

Sudan’s Bashir is yet another African leader up for war crimes but the real story is, as always, US geopolitical aims

0 thoughts on “Behind the coup in Sudan”