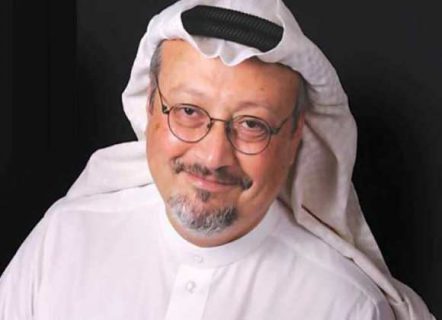 The Saudi court verdict was timed to keep the fallout to a minimum, but it won’t convince anyone

Monday’s Saudi court ruling that sentenced five people to death and three to jail for the murder of journalist Jamal Khashoggi — especially its finding that the killing was not premeditated but a spur-of-the-moment decision.

Callamard is familiar with the details of the case. She was given access to the audio recordings made by the Turkish authorities of the crime as it unfolded in the Saudi consulate in Istanbul, as was CIA director Gina Haspel, who briefed US legislators that it was most likely ordered by Crown Prince Muhammad Bin Salman.

The big surprise in the verdict was the acquittal of the two chief overseers of the operation, deputy intelligence chief Ahmad al-Asiri and the crown prince’s advisor Saud al-Qahtani. Western diplomats who attended the opening sessions of the trial reported that some of the defendants testified that the pair, especially Assiri, put the assassination team together and directed it.

If there was no prior intention to kill Khashoggi, why were so many operatives (19 men) assigned to the operation, including forensic pathologist Saleh al-Tobaigy, who was equipped with an electric bone-saw, and was heard in the recordings joking that this was the first time he had dismembered a body that was still warm?

Equally surprising was the clearing of the Saudi consul in Istanbul, Muhammad al-Otaibi, on the grounds that he was away on leave at the time of the crime, even though local employees of the consulate testified that he was there, and the Turks revealed that Khashoggi’s body parts were taken to his residence to be incinerated in a special furnace.

The court did not name the five people condemned to death, nor say if or when the sentences are to be carried out. Neither is it known whether Asiri and Qahtani will be reinstated in their posts, though some reports maintain they have remained in their jobs throughout due to their close ties with the crown prince.

The announcement of the verdict just ahead of the Christmas holiday season in the West was deliberately timed to reduce the political and media fallout to a minimum. A smart move, no doubt, but it does not mean the affair has been buried. Far from it. It may have been better for Riyadh never to make the verdict public at all, for the simple reason that nobody, either inside or outside Saudi Arabia, is convinced of its credibility.

The murder of Jamal Khashoggi will not be easily swept away. Saudi Arabia’s courts and their rulings, like those of other Arab countries, lack any modicum of fairness, independence or transparency. The case will therefore remain ‘pending’ until, sometime in the indeterminate future, it is reopened, and all those responsible are held to account.

0 thoughts on “Whitewashing the Khashoggi murder”