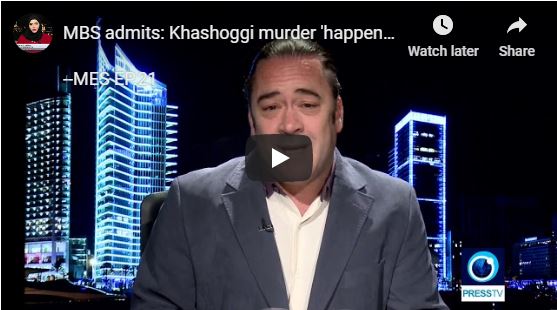 This week, PBS in America aired an interview with the Saudi Crown Prince Mohammed bin Salman (MBS) who now says he ‘gets all the responsibility’ for Khashoggi murder because it ‘happened under my watch.’ Still, the CIA and some Western governments maintain that MBS ordered it, but Saudi officials say he had no role.

MidEaStream host Dr. Marwa Osman talks with 21WIRE editor Patrick Henningsen about the real problems Saudi Arabia is facing internationally and whether they can maintain their lofty position in the region without US backing.

Also, Egyptian demonstrators are calling for the resignation of President Abdul Fattah Al Sisi, angry about the deterioration of living conditions in the country as well as systemic corruption.