HOME / WORLD / Riyadh on the Retreat? 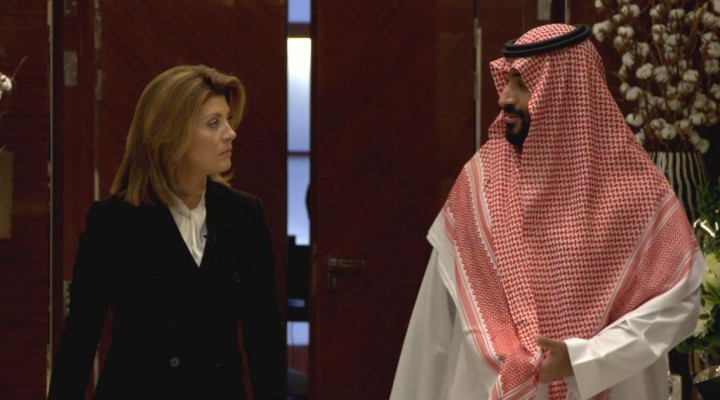 The interview with Saudi Crown Prince Muhammad Bin-Salman aired by the American CBS channel on Sunday was noteworthy in three respects.

First, he spoke and behaved like Saudi Arabia’s absolute ruler. He barely mentioned his father King Salman and accepted responsibility for the murder of Jamal Kashoggi in his capacity as the country’s chief executive in charge of its three million state employees.

Second, he was unusually conciliatory towards Iran and its allies, completely abandoning the hawkish escalatory tone that has characterised most if not all his previous interviews.

Third, the man who launched the Yemen war and pledged to continue waging it in the name of ‘legitimacy’ insisted he was open to any effort to bring it to a peaceful end, and that he prefers a political solution to a military one.

The most plausible explanation for this sudden outbreak of dovishness is that the Saudi Crown prince feels betrayed and deceived by his Western allies, especially the US. They left him standing alone to face a succession of Iranian or Iranian-backed attacks and failed to retaliate after key Saudi oil facilities were targeted three times in succession — including the very nerve centre of its petroleum industry in Abqeiq and Khreis, slashing its output by half.

Then came the stunning rout of Saudi and allied ground forces on the Najran front in Yemen, which resulted in the killing and injury of hundreds of troops and the capture of 2,000 along with vast quantities of military equipment. The CBS interview was taped a few days before the Houthi Ansarullah announced and show video footage of this devastating and humiliating setback for the Saudi military. But as he is also minister of defence, the crown prince must have known it was coming.

He had also clearly begun trying to find go-betweens to mediate with Iran. Both the Pakistani and Iraqi prime ministers confirmed after recent visits to Riyadh that they had been asked to play such a role. Iran has also acknowledged that foreign leaders have conveyed Saudi offers of dialogue while saying Tehran will not respond until Riyadh makes such calls openly.

Five years after starting the war in Yemen, Muhammad Bin-Salman has apparently come to understand that he can never win it. Not only that, but the tables have turned and the Houthis have moved from the defensive to the offensive. Their drone and missile strikes have reached deep into Saudi Arabia, and the kingdom’s air defences, acquired from the US at the cost of tens of billions of dollars, have proven pathetically ineffective.

Meanwhile, the prince lost his wager that the US and/or Israel would launch a military assault on Iran. This failure merely reaffirmed – not least to the Saudi public – that Trump’s hyping of the supposed Iranian threat to the region was merely a ploy for extorting vast sums of money out of the kingdom in the form of arms deals and other payments.

Perhaps the most serious consequence of the Yemen war for the Saudi state is the undermining of its image, prestige and authority, not only in the Arab and Islamic worlds but increasingly among its own citizens.

If Muhammad Bin-Salman’s professed preference for peace and dialogue is his new strategic approach and reflects a serious policy reappraisal, that has to be welcomed. The Iranians and the Houthis should reciprocate without delay. That would not only spare everyone in the region much further bloodshed and destruction but also help pull Saudi Arabia out of the trap into which the US and Israel have lured it.

0 thoughts on “Riyadh on the Retreat?”