A Saudi U-turn in Yemen? 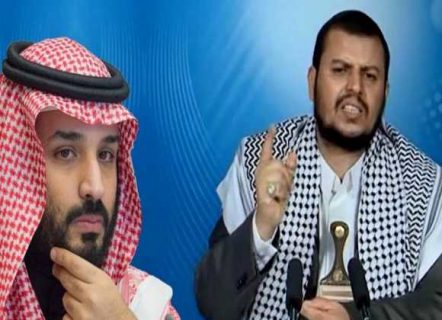 Riyadh is losing the war, and rapidly running out of options

The Wall Street Journalreported this week that the Saudi leadership is considering a radical rethink of its policy in Yemen. The paper, which has access to Crown Prince Muhammad Bin-Salman’s circle, quoted a Saudi official as saying his government is mulling ‘proposals’ to start direct negotiations with the Houthi Ansarallah movement as it does not want to be dragged into a costly long-term war in Yemen. This comes as no surprise. With its ally the UAE withdrawing most of its forces, the Houthis firing missiles and making cross-border incursions into southern Saudi Arabia, shipping in the Gulf being constantly disrupted, and US-Iranian tensions growing and raising the prospect of war, Riyadh has very few options left in Yemen.

The Saudi search for a face-saving way out of the Yemen imbroglio has been made doubly urgent by the fighting that broke out in Aden this week between UAE-backed southern separatists and Saudi-backed presidential guards. The two sides are battling for control of the southern city, and the ‘legitimate’ Yemeni government looks set to emerge as the biggest loser.

This proxy war between the two former allies’ clients erupted when Hani Ben-Breik, vice-president of the Southern Transitional Council, ordered his forces to take over Maashiq Palace, headquarters of the ‘legitimate’ government, and eject officials loyal to President Abed-Rabo Mansour Hadi. The separatists charge that the government is dominated by the Muslim Brotherhood-affiliated Islah Movement, which the UAE despises, and their move could be the prelude to a formal declaration of southern independence with Emirati support.

The breakdown of security in Aden, Hadi’s temporary capital, and the open warfare between Saudi- and UAE-backed factions is the last thing Riyadh needs at this juncture, with tensions rising in the Gulf and the US trying to form a naval coalition to protect shipping in the Strait of Hormuz.

There are differences of opinion within both the Saudi government and the Ansarallah movement about the prospect of talks between Riyadh and Sanaa — and also the price the Saudis will have to pay to secure an end to Houthi missile strikes and incursions.

Houthi military commanders, who have the upper hand within the movement and among its allies, do not favour a deal with Saudi Arabia at present. They think the kingdom is in a weak position following the UAE withdrawal announcement and is becoming increasingly isolated internationally. They want to continue fighting and putting pressure on Saudi Arabia so as to be able to negotiate from a stronger position at some future point, when the time is right and obtain as many concessions as possible, both financial and territorial. They believe the Saudis have effectively lost the war and will be unable to continue waging it on their own, so will want to cut their losses as much as possible.

I do not buy the claim that the Emirati withdrawal from northern Yemen was coordinated with the Saudis. This amounts to ‘diplomatic’ obfuscation and is refuted by the facts on the ground. The two sides’ clients are fighting it out in Aden, and Bin-Breik is determined to expel Hadi’s government. The allies have become adversaries. Abu Dhabi has armed and funded 90,000 southern fighters and will continue managing the conflict by remote control until it achieves its goal of achieving the south’s secession.

The Saudi government’s options are limited. It will be difficult and costly for it to continue the war, and if it opts for negotiations it will have to be prepared to make massive concessions. These include territorial and strategic concessions as well as the financial reparations that will top the negotiating agenda.

But ultimately, it is more beneficial and less costly for Saudi Arabia to sit down and talk to its Yemeni enemies, recognise them and accede to most of their demands. That is the conclusion it will ultimately come to. In the meantime, following the collapse of its so-called Arab coalition in Yemen, the longer it continues the war, the weaker its negotiating position will become.

Iran Will Win the War in Yemen, Duff on Press TV

0 thoughts on “A Saudi U-turn in Yemen?”