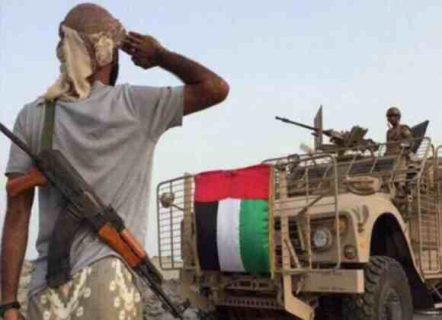 A tactical redeployment is no substitute for a strategic re-think

In 1993, fighters loyal to Somali warlord Muhammad Farrah Aideed downed two Black Hawk helicopters and killed 18 American servicemen in battles with US troops, prompting Washington to beat a retreat and withdraw all its forces from the country.

The US administration tried at the time to implicate Iran in the incident, and to rally Gulf and other Arab states against it. But UAE President Sheikh Zayed bin-Sultan categorically refused to enter into a political, military or propaganda confrontation with the country. He told the envoy who was sent to sound him out that he did not trust the US, and just as it fled from Somalia twice it might run away from the Gulf if the going got tough, and abandon its local allies to face their powerful neighbour alone.

Sheikh Zayed’s stance comes to mind amid the tensions currently mounting in the region, the US’ efforts to involve the UAE and Saudi Arabia in a tanker war with Iran that could escalate into a costly all-out confrontation, and the stalemate in the war in Yemen.

If Sheikh Zayed had been alive, he is unlikely to have joined Saudi Arabia in a five-year war in Yemen that was intended to counter Iranian influence but has ended up increasing rather than reducing it. Recent reports of a gradual withdrawal of UAE forces from Yemen could be viewed in that light. If true, this step may be evidence of a strategic re-think aimed at cutting the country’s losses, which, although very belated, would be highly consequential.

There have been other signs that the UAE might be reconsidering its regional strategy. It declined to point accusing fingers directly at Iran for the recent spate of attacks on six tankers (two of them UAE-owned) in the Gulf, and denied any connection to the vessel the Iranian Revolutionary Guards (IRGC) announced they detained on Thursday.

It is not clear how accurate reports of a UAE troop withdrawal from Yemen are.  I spoke to Muhammad al-Houthi, head of Yemen’s Higher Revolutionary Committee, who said UAE forces were still present on the ground, but were merely being redeployed, replaced and repositioned. Western sources, however, asserted that a gradual pull-out was indeed underway, as the UAE intends to focus on southern Yemen, where it has armed more than 90,000 local fighters, and is no longer interested in confronting the Houthis in the north.

This newfound war-weariness seems largely due to the Houthi Ansarallah movement’s successful targeting of airports and other facilities in southern Saudi Arabia with missiles and drones. These retaliatory attacks may have given the upper hand to the group within the UAE leadership that opposes the intervention in Yemen.

UAE sources say this group has become increasingly vocal – especially in Dubai, Sharjah, Ras al-Khaimah and other emirates – and critical of Abu Dhabi’s regional policies. The ruler of Dubai and deputy president of the federation, Sheikh Mohammed Bin-Rashed, is said to have warned that a single Houthi missile strike on Dubai airport would be disastrous for his emirate’s economy, which is already in a clear state of recession with property prices plummeting.

According to these sources, Mohammad Bin-Rashed also strongly opposed any move to escalate or reactivate the UAE’s longstanding dispute with Iran over the Gulf islands of Abu-Musa and Tunbs, arguing that a few barren outcrops are not worth sacrificing the country’s prosperity for. He is said to have remarked that while the US might emerge victorious from any war with Iran, Abu Dhabi and Dubai would be destroyed in the process.

It is striking that there have been few meetings between UAE and Saudi leaders in recent weeks, and the Saudis too have been talking up the need for a peaceful solution in Yemen, without specifying on what terms. This is a clear admission that the quest for a military solution, using intensive airstrikes and carpet bombing, has failed and begun to backfire. Along with the Khashoggi murder and domestic repression, it has started to seriously damage the kingdom’s international standing, as evidenced by the recent vote in the US congress to ban arms sales.

The Saudi-UAE coalition’s sole ‘achievement’ in Yemen has been to entrench the separation of northern and southern Yemen, and divide the south into tribal fiefdoms where rival militias may continue to feud for years or decades to come.

Many Yemenis think the UAE withdrawal is merely a publicity ploy and a ruse to avoid facing the kind of Houthi missile retaliation that the Saudis have experienced. They point out that additional UAE forces were landed just this week in the Port of Mocha, and they continue to control most of the country’s airports, ports and offshore islands.

An Emirati delegation was reportedly sent to Tehran recently to discuss being spared Houthi missile reprisals. The Iranians maintained they had no role in the matter – as per the unconvincing official line – and advised their guests to negotiate directly with the Houthis.

The Houthis, for their part, say they have no intention of opening up a front with the UAE at present as they are focusing on the Saudi front. But they add that this is contingent on the current calm being maintained along the northern Yemeni coast. In other words, things could change depending on developments on the ground. They also warn that while Saudi Arabia is capable of withstanding multiple missile strikes, this does not apply to the city-states of the UAE – and say they have conveyed that message via mediators.

The wisdom of Sheikh Zayed may yet prevail, and the UAE’s tactical withdrawal may turn into a strategic one, with the aim of preserving the cohesion of the federation’s emirates and cutting its losses. What this would mean for its alliance with Saudi Arabia is another matter.

Yemen shares with Afghanistan the distinction of never having been successfully subjugated by a foreign invader. If the US can wave the white flag in Afghanistan 18 years after invading and start negotiating with the Taliban, the Arab coalition would do well to take the same road in Yemen — and to leave the country to its people, who are best able to solve their problems themselves.

Iran Will Win the War in Yemen, Duff on Press TV

0 thoughts on “Is the UAE Really Quitting Yemen?”