HOME / WORLD / The Houthis Hit Back 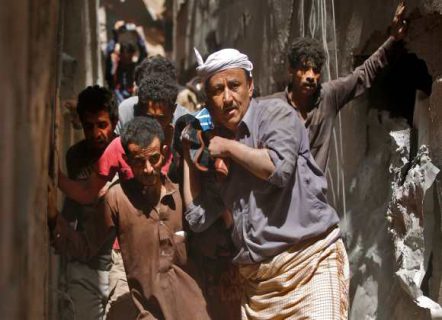 As the US and Iran face off, their proxy wars are escalating

All-out war between Iran and US Iran may not have broken out yet. But a parallel proxy war between allies of the two sides has been escalating. It could flare up further in the days to come – unless the secret indirect negotiations being conducted by a number of mediators succeed, which we doubt.

Iran has clearly taken a strategic decision to avoid any direct military confrontation with the US warships currently crowding the waters of the Gulf.  It wants to deny President Donald Trump any pretext to launch a devastating assault on the country. It is leaving the task to its allies, especially the Houthi Ansarullah movement in Yemen and the Popular Mobilisation Forces in Iraq. They may be joined at a later stage by Lebanon’s Hezbollah and by Hamas and Islamic Jihad in the Gaza Strip.

This strategy was reflected in two recent attacks. First came the sabotage of four oil tankers off the UAE port of Fujaira. The perpetrators apparently left no traces behind to identify them or who had sent them, and there has been no information about how they got to the port, carried out their operation and returned safely to base. After that, the Houthis in Yemen announced they were behind an attack by seven remote-controlled drones on two Saudi oil facilities, which caused fires and resulted in the shutdown of a major pipeline. The line links Saudi Arabia’s eastern oilfields to the Red Sea port of Yanbu’, and was built during the Iraq-Iran war in the 1980s with the specific intention of bypassing the Strait of Hormuz.

A number of observations can be made about these two incidents and their possible impact.

First: Iran wants to send a message that it will not allow Saudi Arabia and the UAE to make up for any market shortfall caused by the shutting-in of Iranian oil due to US sanctions. It is signalling that its allies are capable of disrupting their exports, not just via the Strait of Hormuz, but also from the Red Sea (via the Yanbu’ pipeline) or Fujaira on the Gulf of Oman (to where an Emirati pipeline has been built). Failing that, drones could be sent to target the oilfields themselves, and not just pumping stations.

Second: These two attacks undermined the image and authority of President Trump in the region and made him appear impotent and incapable of protecting his Gulf allies – or at least not interested in doing so for now. This was after he publicly humiliated them in his recent speeches, boasting that they had paid him $450 billion to defend them but this was not enough and he needed more.

Third: These allies also got the message, after Secretary of States Mike Pompeo’s surprise visit to Baghdad, that the US is prepared to go to war against Iran if its own troops are threatened, but not to take military action in response to a similar threat to them.

Fourth: Drones that hit pipelines can also strike civilian infrastructures such as airports and industrial facilities. The Saudi leadership seems to have received and understood this message. But it still chose to order airstrikes against Sanaa that killed and injured dozens of civilians, adding another war crime to the long list it has committed against the defenceless people of Yemen. The Houthis could well retaliate in kind against Saudi targets. A new balance of deterrence is being established, which offsets the gross imbalance in military hardware.

Fifth: Escalating tensions in the Gulf have foiled Trump’s strategy of driving down oil prices to boost economic growth in the US. Oil prices have been rising inexorably, and are likely to continue doing so.

If the US cannot provide its allies with the protection they need or expect before any war has broken out, it will certainly not be able to once it does. Of course, it has the power to prevent any Iranian land incursion, but that has never been on the cards. Despite its technological prowess and military might, it cannot safeguard them against drones or saboteurs, not to mention the large variety of ballistic missiles that Iran and its allies possess in vast numbers.

We cannot know what further surprises and shocks are in store in the days to come. The situation is certainly worrying, but the ones with the most to worry about are Washington’s Gulf allies.

0 thoughts on “The Houthis Hit Back”