HOME / WORLD / Are We on the Path to War? – Middle East Heats Up While Viewers Watch the Impeachment 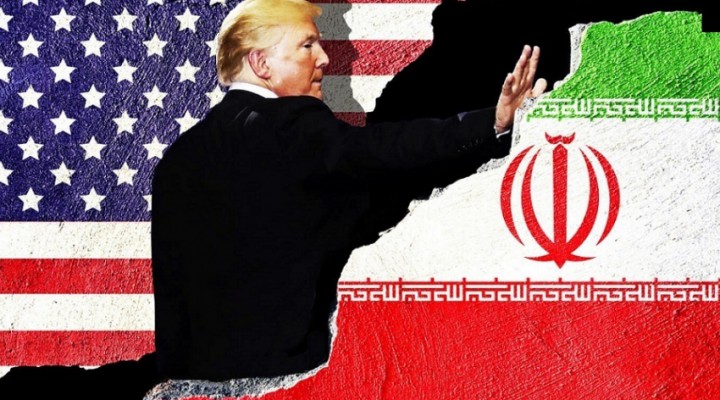 Americans and also much of the rest of the world have been watching or otherwise following the impeachment proceedings in Washington and not paying much attention to developments in the Middle East that could be setting the stage for a new war.

It should surprise no one to learn that Washington has no actual policy to finish what it is doing and get out so it is allowing itself to be led by its so-called allies in the region. There has been what amounts to a nearly complete reversal of the early October decision by President Donald Trump to deescalate in the region by pulling U.S. troops out of northern Syria. After occupying the Syrian oil fields in the immediate wake of that decision and declaring that American soldiers would shoot-to-kill Russian and Syrian soldiers who tried to retake that bit of sovereign Syrian territory, one now learns that U.S. troops are again operating hand-in-hand with Kurdish militias to attack what have been claimed to be ISIS remnants.

Defenders of Donald Trump continue to insist that he does not want a war and is serious about disengaging from “senseless” conflicts, but it would be hard to come to that judgement based on what the president and his staff of pathological miscreants actually do. In fact, one might reasonably argue that the administration is planning for war on multiple fronts.

Russia has long been a target of an ignorant Trump’s neoconnish foreign policy, to include the refusal to renew several admirable treaties that have limited the spread of certain types of weapons. Also, lethal military aid to gallant little Ukraine, much in the news of late, is actually a dangerous misstep on the part of Washington as Russia regards its border with that country as a vital interest while defending Kiev is in reality no national security interest for the United States at all.

And there is more in the pipeline. Discussions are underway with new NATO ally Bulgaria to create a Black Sea Coordination Center in Varna. The United States is considering a ten-year roadmap for defense cooperation with Bulgaria and is eager to provide Sofia broader access to its high-end military technologies. The advanced technologies would include surveillance capabilities specifically targeting Russia.

There is also a fundamental second level of stupidity in basing such an effort in Bulgaria as the Turks, also frequently at odds with Washington, control the door to the Black Sea through the Bosporus and Dardanelles. If relations really do go sour and if demands to kick Turkey out of NATO ever do bear fruit, Ankara can make it very difficult for NATO warships transiting into the Black Sea.

As ever, however, the most troubled and most interfered-in-by-Washington foreign region continues to be the Middle East and more specifically the Persian Gulf where there have been a number of relatively minor developments that, when assembled, comprise a serious threat that war could break out either deliberately or by accident.

The basic line-up for what is going on in the Persian Gulf region runs something like this: Israel, the Saudis and most of the Gulf States are keen on attacking Iran, which, on its side, has lined up as friends and allies Iraq, Syria and Lebanon. Those seeking war with Iran, would like to see the United States do the heavy lifting as it alone can use its strategic bombers to take out military targets deep underground or otherwise heavily protected. The Trump administration has so far stopped short of war with the Iranians, though it has done everything it can otherwise to punish them, including the shortsighted withdrawal from the Joint Comprehensive Plan of Action (JCPOA) which limited Tehran’s nuclear development program. The White House has also initiated a heavy dose of sanctions that are explicitly intended to cause suffering among the ordinary people and are clearly creating considerable disruption in the country. The U.S. intention is to starve the Iranian people into rebelling against their government, but the unrest is also reportedly being fueled by Saudi paid agents provocateurs as well as a flood of media and social network propaganda that is as well being supported and organized by Riyadh.

One recent incident that has attracted remarkably little media coverage is an Israeli attack on Syria that took place on November 19th. It reportedly destroyed two Iranian Revolutionary Guard headquarters, one of which was at Damascus International Airport, possibly killing twenty-three, sixteen of whom were likely Iranians. The attack was in response to an unsubstantiated Israeli claim that four rockets were fired its way from a site controlled by Iran inside Syria, though they were intercepted by Iron Dome and caused no damage. The overwhelming and disproportionate response by Israel suggests that Tel Aviv would like to have produced a commensurate response from the Iranians which could then escalate, but in this case, Tehran opted not to strike back, possibly because it understood that it was likely being set up.

There have also been a number of key meetings in the region that suggest that something big is coming. In an odd move, the U.S. and France have agreed to take steps to increase security in the Gulf region by enhancing defensive systems in the Gulf States and Saudi Arabia. The move is ostensibly a response to the devastating drone attack on the Saudi oil refinery in September, which has been blamed on the Iranians, though without any evidence being provided. In the past, increasing security has often been a prelude to attacks by western powers in the Gulf region.

Other recent visitors have included CIA Director Gina Haspel meeting with the Saudi King Salman on November 7th to discuss “topics of interest,” Secretary of State Mike Pompeo visiting the United Arab Emirates to talk about Iran and other regional issues, and Vice President Mike Pence staging a surprise visit to the Kurds in Syria. Pence assured the Kurds that they were not forgotten and would be protected by the U.S.

General Kenneth A. McKenzie, who heads America’s Central Command, which has responsibility for the Middle East, also warned last week that even with the 14,000 additional military personnel that Trump sent to the region earlier this year, the forces available would not be enough to deter an Iranian attack on Saudi Arabia or one of the Gulf States. McKenzie was speaking at a conference in Bahrain, home of the U.S. Fifth Fleet. Comic relief at the conference was provided by American under secretary of defense John C. Rood who said that “Iran has made clear its intent to pursue a pattern of aggressive behavior that is destabilizing,” conveniently forgetting that it is Washington that has completely destabilized the entire region since it invaded Iraq in 2003.

Iran for its part has been stung by the recent violent protests and has declared itself prepared to deal with both the Saudis and the presumed CIA and Israeli Mossad assets that have been stirring things up. The rioting has been serious with numerous deaths reported and Iran is fully capable of using its missile arsenal to hit targets both in Saudi Arabia and in Israel.

So, the conventional wisdom that a serious war is too dangerous to contemplate in the confined spaces of the Middle East might be naïve in the extreme as representatives of a number of nations consider just how to fight each other and how to win. One misstep, or even a false flag provocation, is all it would take to engulf the region in flames. It would be a conflict in which many would die and no one could really come out a winner, and the real tragedy is that it is avoidable as no one has a genuine vital interest at stake that could actually be resolved by war with its neighbors.

Cornering and Strangulating Iran Has Backfired on Israel

0 thoughts on “Are We on the Path to War? – Middle East Heats Up While Viewers Watch the Impeachment”