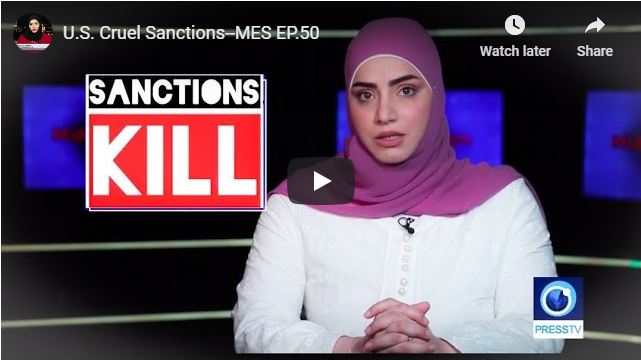 While US officials claim their sanctions do not affect humanitarian aid nor the medical and food supply of other countries, in Iran and Syria these areas are being targeted almost directly.

Simultaneously, Yemen announced its first case of COVID-19, as aid organizations warned the country’s health system, which has all but collapsed since the Saudi aggression against Yemen broke out in 2014, is ill-equipped to handle the crisis. We disucss this segment with Mona Issa, political commentator from Beirut.
Tags: interviewIransanctionSaudi ArabiaSyriaUSAYemen