HOME / WORLD / The Return of the “Know Nothing Party”

The Return of the “Know Nothing Party” 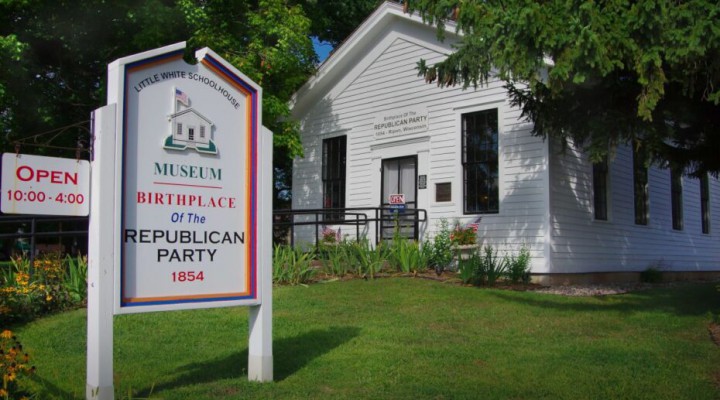 Today, the Republican Party has taken up the banner of the Know Nothings.

Founded in 1844, the American “Know Nothing Party,” officially known as the Native American Party – not to be confused with the indigenous native Americans – rallied around the causes of anti-immigration, xenophobia, and anti-Catholicism. Its name derived from the party’s secretive membership list and political operations. When non-members of the party queried a member about specific details of the organization, they were to reply, “I know nothing.”

Today, the Republican Party has taken up the banner of the Know Nothings. Rather than maintain secrecy about their policies and intentions, the modern-day “Know Nothings” are quite bold in avowing their beliefs in racism, anti-democracy, support for political terrorism and assassinations, and other far-out ideas. The only reason they can share the name “Know Nothings” with their 19th century forebearers is that the neo-Republicans actually “know nothing.” They know nothing about the U.S. Constitution, as witnessed by their attempt to upend the 2020 presidential election. Additionally, they know nothing about U.S. history, including the anti-fascist policies of the administration of President Franklin D. Roosevelt, which led the United States and its allies to victory over fascism in World War II.

What is most lost on the modern-day Know Nothings is the concept of the loyal opposition. The loyal opposition is a cornerstone of democratic government, the United States having adopted the concept from British parliamentary government. A loyal opposition has proven absolutely necessary during times of war and international crisis. The precept that “politics ends at the water’s edge” marked many administrations, including that of Franklin D. Roosevelt, Dwight D. Eisenhower, John F. Kennedy, Lyndon Johnson, Gerald Ford, Ronald Reagan, and George H. W. Bush.

In matters dealing with Nazi Germany, Fascist Italy, and Imperial Japan, President Roosevelt found that he could count on the support of not only Senate Republican Minority Leader Charles McNary, but also Roosevelt’s 1940 Republican presidential opponent, Wendell Willkie. McNary was Willkie’s vice-presidential running mate. The idea that either Willkie or McNary would side with the seditionist “American Firsters,” led by Charles Lindbergh, was preposterous. Willkie and McNary understood that politics did end at the water’s edge when it came to the fight against fascism. Similarly, President Johnson was able to count on the support – misguided as it was – of Republican Senate Minority Leader Everett Dirksen on foreign policy matters, including the increasingly controversial war in Southeast Asia. It was generally the same situation between President Jimmy Carter and Senate Minority Leader Howard Baker, Jr., President Reagan and Senate Democratic Minority Leader Robert Byrd and Democratic House Speaker Tip O’Neill, and President George W. Bush and Senate Democratic Minority Leader Harry Reid.

It was the rise of House of Representatives Republican Speaker Newt Gingrich, a current advocate for the policies of Donald Trump, and Senate Majority Leader Mitch McConnell, who did everything he could to block President Barack Obama – within and outside the water’s edge – that led the way for the resurgence of the Know Nothings as a potent and dangerous political force in the United States.

Throughout the former British Commonwealth there are Leaders of the Loyal Opposition. “Loyal” is inserted because these opposition political parties and leaders do not want to be seen as disloyal to the nation, whether the nation is in the form of a monarch (or governor-general representing the monarch), constitution, or constitutional head of state.

While the United States does not have a formal position of loyal opposition leader, the concept of loyalty to the U.S. Constitution by political leaders representing the majority or minority parties in the Congress has only been tested a few times in American history. One of those times was in 1861, when ten U.S. senators and three House members were expelled from the Congress after the states they represented seceded from the United States. In February 1862, an additional three senators were expelled for supporting the secessionist Confederacy. Their names live in infamy in the annals of American history: Former Vice President John Breckenridge of Kentucky, Charles Mitchel and William Sebastian of Arkansas, John Hemphill and Louis Wigfall of Texas, James Mason and Robert Hunter of Virginia, Thomas Clingman and Thomas Bragg of North Carolina, James Chestnut of South Carolina, Alfred Nicholson of Tennessee, Trusten Polk and Waldo Johnson of Missouri, and Jesse Bright of Indiana. Joining them is expulsion were House members John Bullock Clark and John Reid of Missouri and Henry Burnett of Kentucky.

Although Republican Senate Majority Leader McConnell has recognized Joe Biden’s electoral victory, at least twelve members of his caucus decided to vote against Biden’s electoral certification as president-elect. These seditionist Republican senators richly deserve the very same humiliation brought down on their Civil War counterparts and their names should forever be linked to treachery: Josh Hawley of Missouri, Ted Cruz of Texas, Ron Johnson of Wisconsin, James Lankford of Oklahoma, Steve Daines of Montana, John Kennedy of Louisiana, Marsha Blackburn of Tennessee, Mike Braun of Indiana, Cynthia Lummis of Wyoming, Roger Marshall of Kansas, Bill Hagerty of Tennessee, and Tommy Tuberville of Alabama. Not only do these Senate insurrectionists against the Constitution largely represent the same bastion of sedition of the Old Confederacy but they are joined in the U.S. House by some 120 other neo-Know Nothings led by such notable intellectual lightweights as Matt Gaetz of Florida, Mo Brooks of Alabama Louis Gohmert of Florida, and the Adolf Hitler-admiring Madison Cawthorn of North Carolina.

In recent times, there has not been a single instance of an official leader of the loyal opposition in a parliamentary democracy advocating the overthrow of a duly elected government. By challenging the Electoral College and Constitution, the Republican renegades in the Senate and House are moving the United States in the direction of an unstable regime incapable of constitutional government.

Such is the case with Papua New Guinea, a nation governed under parliamentary democratic rules but descending over the past several years into tribal conflict. Prime Minister James Marape has called opposition Members of Parliament “constitutional rapists” and the leader of the opposition, Belden Namah, a “political scumbag.” Namah, for his part, has proclaimed himself a “Huli chief” and challenged the prime minister to a fight to the death on the battlegrounds of Waigani, the location of the National Parliament. Namah is anything but a member of the “loyal opposition.” He would find himself completely at home with the seditionists of the Republican Party in the U.S. Senate and House, whose own political tribal politics match the actual tribal political intrigues of Papua New Guinea.

With Donald Trump calling for far-right neo-Nazi and white supremacists to converge on Washington to overturn a democratic election, he is no better than the self-proclaimed Huli chief in Papua New Guinea. The only difference is that Trump is such a coward, he would never endanger his own life. He does feel comfortable in endangering the lives of others in pursuit of his extra-constitutional plots and ploys.

The modern-day “Know Nothings” who comprise the majority in the Republican Party truly define the phrase, for they know nothing about the U.S. Constitution, democracy, the basics of political science and constitutional law, parliamentary procedures of order, or American history. These tattered moronic remnants of what was once the loyal opposition during Democratic administrations of the past are more interested in establishing an undemocratic idiocracy than in maintaining American democracy.

The Return of the “Know Nothing Party”

American Democracy Is a Fiction & Who Do Republicans Represent?

0 thoughts on “The Return of the “Know Nothing Party””