HOME / WORLD / The Russians Get Blamed Again, but Who Is Really Subverting American Democracy? 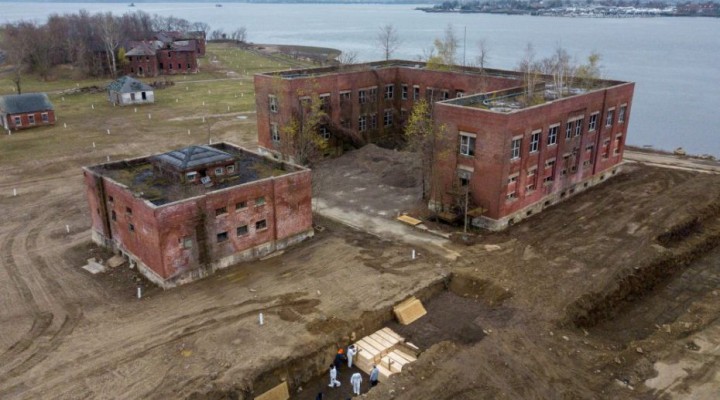 If anyone is looking for Russiagate 2, this is how it begins. Blame China, and if that does not seem to be working, look for Putin’s perfidious hand.

It is perhaps inevitable that a major health panic like the coronavirus will have political ramifications based on whether those most affected by the illness will perceive that the government performed well or poorly in the crisis. The government for its part will engage in a blame game which seeks to place responsibility for what did not go well on an outside party. It should surprise no one to learn, for example, that Hindus in India have been blaming a Muslim group for the proliferation of the virus in their country, an accusation that has led to rioting and other violence directed against Muslims in general and which has produced some deaths.

In the United States blame for the health crisis has been more diversified and has been largely construed along existing political fault lines. Democrats are reasonably enough blaming President Donald Trump for the delays and failures to supply medical equipment while Republicans are seeking to exonerate the poor performance by the president, chiefly by editing the existing record to expunge Trump’s initial dismissal of the virus as little more than a common cold and even as a “hoax.” That refusal to recognize the severity of the epidemic cost the country several weeks at a minimum, time that might have been employed to get on top of the disease before it had a chance to gain a foothold.

More interesting perhaps is the apparent desire to find a foreign enemy as the source of the virus. That the virus originated in Wuhan is the majority view of the “experts,” though it is not clear if its genetics were the result of laboratory manipulation or were a naturally occurring mutation. And for its part, the Chinese government at a minimum was not particularly forthcoming when the virus began to spread in Wuhan and the surrounding province, failing to send an appropriate signal to the international community that a potentially highly contagious and lethal new virus had made an appearance.

In the U.S., Republican politicians and pundits, as well as the president, have exploited the uncertainty by persisting in calling the coronavirus the “Wuhan virus” or the “China virus.” There has also been considerable chatter about how Beijing is “to blame” for it, which, of course, intentionally shifts the narrative away from the actions or lack thereof by the American president. And so as not to ignore the real conspiracy theorists, there are also the stories now circulating about how the U.S. government helped fund research at the Wuhan Institute that involved bats, one of the possible sources of the virus. Additional theories being promoted by Rush Limbaugh and others promote the belief that the Chinese communists deliberately created and unleashed the virus to destroy western capitalism.

It was perhaps inevitable that somehow Russia would eventually be brought into the preferred narrative to serve as a distraction that would derail the media’s 24/7 focus on the White House and its developing response to the virus. The Russian government’s shipment of a planeload of badly needed medical supplies to the United States several weeks ago notwithstanding, Moscow and President Vladimir Putin continue to be useful punching bags for both the national media and both parties in congress.

The latest tale from Yahoo news of Kremlin perfidy is also somewhat of a spy story, no doubt intended to enhance its appeal. It has not really caught on with the public yet because the panic over the virus has overwhelmed the news cycle, but there is still plenty of time to seek and find a foreign enemy who is wanting to do harm to the United States of America.

According to the news report, which is based on a paper prepared by analysts at the Department of Homeland Security (DHS), Russian intelligence officers are analyzing the U.S. response to the coronavirus pandemic to determine vulnerabilities in the American government’s procurement and emergency response system. The April 6th study, prepared by the DHS Counterintelligence Mission Center, states that the Russians are “likely are watching the U.S. response to the COVID-19 pandemic” as “intelligence collection on medical supply chain vulnerabilities could inform future operations aimed at weakening key logistical elements in preparation for a wartime attack, or opportunistically during an emergency.”

In other words, Moscow is looking for vulnerabilities in what amounts to America’s civil defense response capability in case it has to go to war with Washington. Given the lack of evidence confirming any desire on Vladimir Putin’s part to engage in a nuclear conflict with the United States that would likely destroy most of the planet, it is difficult to imagine that Russia is war planning in any serious way. But, according to some sources, a different picture does plausibly emerge from the Kremlin’s activity, which is that Russia is working to portray itself as a competent player in the war against the coronavirus while Donald Trump and his European counterparts are being seen as irresponsible fumblers.

Moscow has indeed been extending a hand to Europeans even as the Germans have been complaining about the White House conniving to steal their medical supplies. Several plane loads of medical equipment and more than 100 personnel  flew to Italy a month ago. According to Italian sources, some of the Russians were intelligence officers making independent assessments of how effectively the Italians have been able to respond to the medical crisis.

All of that should surprise no one, as that is what intelligence officers do, though it does not necessarily mean that anyone is necessarily preparing for war. And the DHS report speculates wildly when it suggests that the coronavirus operation is part and parcel of “Russia’s ongoing 2020 election interference,” a largely undemonstrated hot button designed to make the hawks in congress swoon with pleasure.

If anyone is looking for Russiagate 2, this is exactly how it begins. Blame China, and if that does not seem to be working, look for the perfidious hand of Vladimir Putin, who clearly spends all day in his office dreaming up schemes whereby providing medical supplies to the U.S. and Europe is all part of some master plan to subvert the 2020 presidential election. But wait a minute, the ballot will feature Trump against Joe Biden. Putin is too late. The election has already been subverted.

Anonymous sources and the guys and gals who made the Iraq war a reality are now claiming that the Kremlin is at it again!

Don’t Expect Any Truth From Washington

0 thoughts on “The Russians Get Blamed Again, but Who Is Really Subverting American Democracy?”