HOME / WORLD / No World for Statesmen 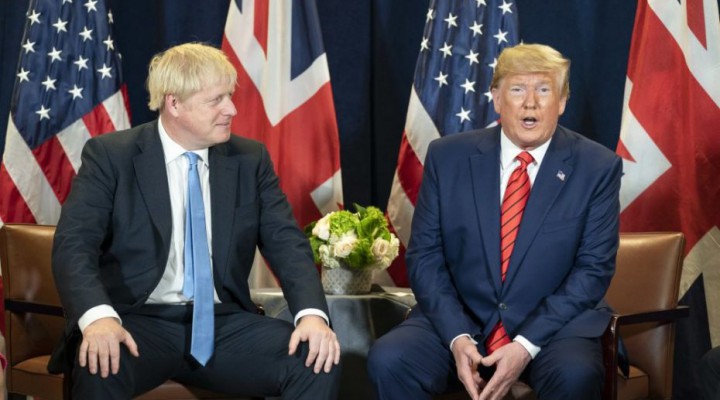 Future historians will undoubtedly call the present time in global political affairs an era where there was a scarcity of statesmen, Wayne Madsen writes.

Future historians will undoubtedly call the present time in global political affairs an era where there was a scarcity of statesmen. What is astounding is that there were many more statesmen in 1864 than there is at the present time. In fact, statesmanship was so much in demand that in the 1840s, British Prime Minister Robert Peel, a grandfather of the modern Conservative Party, appealed to his friend, Alexander Macmillan of the famous Macmillan Publishing House in London, to develop a special annual handbook for statesmen. In 1865, Peels request was answered with Macmillan publishing “The Statesman’s Yearbook,” a reference compendium that presented the statesman and every other interested reader with a description of the political, economic, and social conditions of every nation and colony in the world.

It was truly amazing that information and data, such as that found in “The Statesman’s Yearbook,” could be compiled in an era of early telegraph communications, in addition to postal services and diplomatic couriers.

Statesmanship in 1864 was not some trite concept that was subject to public ridicule by neophytes and dullards, but it was considered to be a requirement to hold high government office, as well as a virtue.

The “Statesman’s Yearbook” was read by world leaders in 1864. These individuals would have included British Prime Minister Viscount Palmerston, United States President Abraham Lincoln, Confederate States President Jefferson Davis, and Brazilian Emperor Dom Pedro II. The Brazilian Emperor, despite his lofty royal title, was greatly admired by such luminaries as Victor Hugo, Charles Darwin, Louis Pasteur, and Henry Wadsworth Longfellow. Imagine if any of these statesmen of the era could have contemplated that they would, in the far-off year of 2019, be replaced by the likes of Boris Johnson, Donald Trump, and Jair Bolsonaro. Instead of a yearbook for statesmen, what is required today is a guidebook for political clowns, social dunces, and fascist tin pots.

In an incompetent attempt to put the genie back into the bottle, Trump sent an October 9, 2019, letter to the president of Turkey, Recep Tayyip Erdogan, asking that he resolve the Turkish invasion of the predominantly Kurdish Rojava region of Syria by making a “good deal.” Various reports indicated that when the letter was received in Ankara, Erdogan tossed it into the trash bin. Trump’s letter was like that of an adolescent hoodlum. Trump threatened Erdogan with the destruction of the Turkish economy. Trump misrepresented the Syrian Kurdish military commander, General Mazloum Kobani, by suggesting the Kurds were prepared to make concessions concerning Turkey’s illegal occupation of an ethnic cleansing of Rojava. Trump suggested the world would look upon Erdogan as the devil if he were to reject Trump’s nebulous proposals. Trump ended his letter with: “Don’t be a tough guy. Don’t be a fool!”

During a White House meeting with Italian President Sergio Mattarella, Trump called the Italian leader “President mozzarella.” Mozzarella is a type of Italian cheese. Trump also stated in a incomprehensible sentence: “the United States and Italy, thousands of years ago, based on the ancient Roman Empire connected with a common cultural and political heritage.” The Roman Empire started in 753 BC. The official White House Twitter feed stated that what Trump meant to say was “The United States and Italy are bound together by a shared cultural and political heritage dating back thousands of years to Ancient Rome,” as if that cleared up Trump’s actual corruption of history. The United States declared its independence on July 4, 1776, 2,529 after the advent of the Roman Empire. The modern Italian state was declared in 1861.

In 1864, “The Statesman’s Yearbook” chronicled the first sitting of the Italian “House of Deputies” in 1862. By picking up a single volume, President Lincoln, British Prime Minister Viscount Palmerston, the Shogun of Japan, Czar Alexander II of Russia, and Emperor Ki-tsiang of China would have known more about the advent of the modern Italian state in 1864 – during an age of spotty telegraph service and surface post – than Mr. Trump knows today during an era of rapid fiber-optic and satellite global communications. It is simply an embarrassment that such a low-information and ignorant individual like Mr. Trump could have been elected president of the United States. Trump is not even qualified intellectually or ethically to hold a seat on a town council or local board of education.

There have been widespread news reports about various world leaders swapping stories at bilateral or multilateral meetings about their own bizarre and testy encounters with Trump. Most of these concerned Trump’s terse exchanges with the leaders of nations with which the United States has had ongoing trade disputes. Particularly edgy meetings were those between Trump and female world leaders, including German Chancellor Angela Merkel, former British Prime Minister Theresa May, and New Zealand Prime Minister Jacinda Ardern. One of the most awkward Trump relationships has been with Japanese Prime Minister Shinzo Abe. Without any appreciation for the fact that Tokyo is 16 hours ahead of Washington, Trump not only repeatedly called Abe, often awakening him from his sleep, but harangued the prime minister about nominating Trump for the Nobel Peace Prize.

Trump has also made impromptu phone calls to Canadian Prime Minister Justin Trudeau and French President Emmanuel Macron. After a contentious G7 summit in Quebec in June 2018, Trump stormed out of the conference, refusing to sign a final communique, and tweeted from Air Force One that Trudeau was “very dishonest and weak.” In a May 2018 phone call with Trudeau, Trump falsely accused Canada of burning down the White House in the War of 1812. Trump’s knowledge of American history is about as shallow-to-nonexistent as what he knows about the Roman Empire.

In November 2018, Trump insulted Macron and all of France when he tweeted: “They were starting to learn German in Paris before the US came along,” a reference to France’s involvement in World Wars I and II. Again, Trump advertised his total ignorance of world history. France was a victor in World War I and it was a combined Allied effort in World War II, which included, in addition to the United States, Great Britain, Canada, the Free French – combined with Soviet Red Army pressure on Germany’s Eastern Front, that helped liberated France from Nazi Germany.

After an April 2017 summit between Trump and Chinese President Xi Jinping at Trump’s Mar-a-Lago club in Florida, Trump constantly repeated a story about how much Xi liked the chocolate cake that was served for dessert at Trump’s club. Trump’s refrain was that Xi enjoyed “the most beautiful piece of chocolate cake you have ever seen.”

Trump finds greater common cause with other unstatesmanlike dolts, ranging from Brazil’s Bolsonaro to the Philippines’s Rodrigo Duterte, than he does with the more educated and urbane global leaders. Trump has referred to African nations as “shithole” countries, suggested that Nigerians live in mud huts, and invented a non-existent African nation called “Nambia.”

Trump has threatened Sweden over the arrest and conviction of an American rap singer for assaulting two men on a Stockholm street, he insulted the prime ministers of Denmark and Greenland for rejecting his offer to buy Greenland, he insinuated that Norway might offer him political dirt on his opponents, and he even made ridiculous threats against tiny Gibraltar over a docked Iranian oil tanker and the small Caribbean island of Anguilla for charging an American banker holidaying on the island for manslaughter of an Anguillan hotel worker. Trump’s invectives against the leaders of Cuba and Venezuela have been those of a “gringo” bully.

Donald Trump and his British doppelganger, Boris Johnson, are both examples of how statesmanship has reached the very bottom when compared to any time in the past, even going back as far as 1864. Leaders of merit, if anything, could read “The Statesman’s Yearbook” to brush up on their diplomatic and leadership skills.

0 thoughts on “No World for Statesmen”