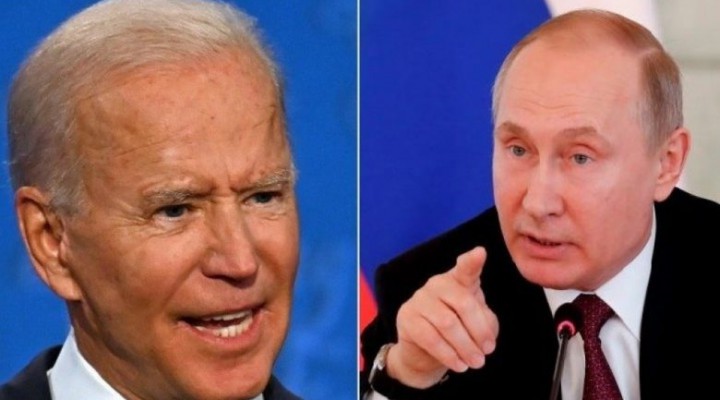 Last week’s Geneva talks between Russia and the US/NATO collapsed because the Western side rejected President Vladimir Putin’s security demands, especially for NATO not to expand its membership and admit Ukraine or other former Soviet republics.

Tensions between the two sides are on the rise again.

Russia’s response to this failure may translate into military pressure, either direct or by proxy, on US bases and forces, and the first-choice location for new Russian retaliatory moves against the American foe could well be Syria.

There are a number of indicators, supported by information provided directly by Russian sources, that point to this.

First, the upsurge in Syrian popular resistance against the US military presence north and east of the Euphrates, and recent missile strikes against the biggest American base there (at the al-Omar oilfield) which caused substantial damage.

Second, Russian Foreign Minister Sergei Lavrov’s appeal to the Kurds in north-eastern Syria to enter into a serious dialogue with Damascus about returning to the fold of the Syrian state — implying it would folly for them to continue banking on US forces. Lavrov revealed contacts about this with the president of the Syrian Democratic Council, Ilham Ahmad.

Third, Lavrov’s call on Friday for an Arab-Iranian conference to be held to discuss collective security in the Gulf region and resolve the dispute causing escalation, especially the Yemen war. This shows Russia is attempting to make a comeback in the region and loosen its ties to Washington.

Fourth, the leaking of reports that Putin expressed anger and outrage to the Israelis after their latest two air raids against the port of Latakia near Russia’s Hmeimim airbase and demanded the immediate ‘suspension’ of such attacks.

Fifth, Turkey’s complete exclusion from this new Russian strategy, which implies that the Russians are making two assumptions. (1) That any future rapprochement between Damascus and the Kurds will have as its foremost objective ending the Turkish, and not just American, presence on Syrian territory; and (2) that Turkey might take the US’ side as a member of NATO. The recent death of three Turkish soldiers in a mine blast near al-Hasaka in Kurdish-inhabited north-eastern Syria might be a pointer in this regard.

US forces and bases in Syria and Iraq seem set to become a target of the Syrian-Iranian-Russian alliance in the weeks and months to come. Washington could end up deciding to withdraw them before the end of the year to prevent them becoming hostages to this burgeoning new coalition.

The Kurds could respond positively to Moscow’s entreaties because they won’t be able to continue standing in the US trench against an assertive new Russian strategy. The cost would be too high. Russia is a daughter of the region and not far geographically from Syria and Iraq, whereas the US presence in both is tenuous and illegal. It is enough to recall that after former president Donald Trump announced at the start of his term that he wanted to pull US forces out of Syria, Kurdish leaders flocked to Damascus with Russian mediation to ask for readmission under the protective umbrella of the Syrian state.

Russia is in confrontational mood these days and not hesitating to resort to military options if necessary. The despatch of 2,500 Russian troops to Kazakhstan to foil a regime-change attempt could prove to be just a rehearsal for what could happen elsewhere, especially Syria and Iraq and the Gulf region should the need arise.

Syria’s role is making a strong comeback with the support of its Russian ally. Big changes should therefore be anticipated in the balance of power and shape of alliances on the ground in Syria, Iraq, and the entire Middle East. The cold war has begun and is heating up. The new year may be one of confrontation.

0 thoughts on “Syria and the New Cold War”