HOME / WORLD / Syria: Why the US massacre at Al-Baghouz? 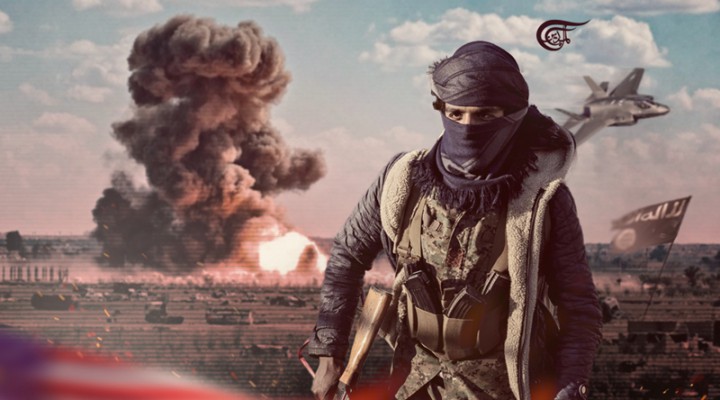 Under media pressure, the US military admitted to its March 2019 massacre of dozens of civilians in the Syrian border town of al Baghouz.

Under media pressure, the US military admitted to its March 2019 massacre of dozens of civilians in the Syrian border town of Al-Baghouz. But that same media also promoted the Pentagon’s false cover story: That this happened as a result of the US military ‘fighting ISIS’.

The fog of war is used to muddy all evils.

The New York Times prided itself on uncovering the fact of the massacre of dozens of Syrian civilians and exposing the coverup. However, it then simply adopted the Pentagon’s claim that this bombing occurred “in the last days of the battle against the Islamic State in Syria when members of the once-fierce caliphate were cornered in a dirt field next to a town called Baghouz”. This context was pure fiction.

Syrian sources show that the US Air Force was attempting to bomb Syrian Arab Army (SAA) placements on the outskirts of Al-Baghouz, in an attempt to remove the SAA presence from that part of the border and so hand full control of the zone to its Kurdish-led SDF proxy, deployed all across eastern Syria since 2018.

Syrian General ‘A’, with experience in the Deir Ezzor region, told this writer that there were no ISIS terrorists in Al-Baghouz in March 2019. It was then and still is a town dominated by the US-backed SDF, but with SAA posts on the outskirts of the town. This hybrid remains the pattern across much of eastern Syria.

The Syrian, Iranian, and Iraqi alliance has controlled the Al-Bukamal-Baghouz border crossing area since late 2017 after they destroyed the major ISIS (DAESH) centers in the Deir Ezzor region. The late Iranian General Qassem Soleimani, the hero of the regional anti-ISIS war, led the October 2017 push, down the Euphrates from Deir Ezzor city through Al Mayadeen to the border area at Al-Bukamal.

While the US military positioned itself all along the Syria-Iraqi border, from Hasakeh in the north to Al-Tanf in the south – so as to divide regional resistance forces – the Al-Bukamal-Baghouz area was and remains the only crossing they failed to control.

As a result, there have been many US and Israeli missile and drone attacks on that strategic border area, both before and after the Al-Baghouz massacre, all aimed at Iranian, Iraqi PMU, and Syrian forces. Those attacks were ongoing in November 2021.

General A pointed out that the Al-Baghouz villages have been brutalized by both ISIS and the SDF, and that drives them to seek refuge with the SAA.

Properly understood, ISIS is a sectarian proxy created by the Saudis in Iraq and Syria, under US directions, to use sectarian violence to divide and weaken both states. There have been multiple admissions by US officials (including Joe Biden, when he was Vice President) that their major allies funded and armed ISIS, and all the other ‘jihadist’ gangs in Syria.

Despite the admissions, Washington has tried to maintain the myth of its own ‘arms-length’ from this notorious terrorism. The war media follows suit.

The March 2019 massacre of civilians at al Baghouz, in an attempt to deliver that area more fully to the SDF, is reminiscent of the September 2016 US-led bombing attack on Syrian soldiers posted on Thardeh mountain behind Deir Ezzor Airport, which did in fact help ISIS take over that strategic position.

There, a carefully planned bombing raid by the US and Australian air forces, which lasted for an hour and killed over 120 soldiers, was simply labeled a ‘mistake’. The western media did not question this absurd explanation. They did not even ask how such a ‘mistake’, which enabled an ISIS takeover of the mountain, was not corrected.

Western sources now pretend that the massacre at Al-Baghouz actually killed ISIS terrorists and that this massacre of Syrian civilians marked a ‘humanitarian disaster’ in sort of endpoint for the US-led ‘battle against ISIS’ in Syria.

In fact, as many Syrian Army sources (routinely ignored by the western war media) have long pointed out, ISIS remains a tool of the US and, after 2017, is still used in small attacks, helped by the SDF, to harass Syrian forces in the eastern desert.

The SDF holds many former ISIS fighters in its prisons and releases groups from time to time, for just such missions.

Why would the NYT simply adopt the Pentagon’s ‘good intentions’ defense over Al-Baghouz massacre, having uncovered the shocking crime and its coverup?

0 thoughts on “Syria: Why the US massacre at Al-Baghouz?”