HOME / WORLD / Qassem Soleimani is a master strategist, not a cartoon villain 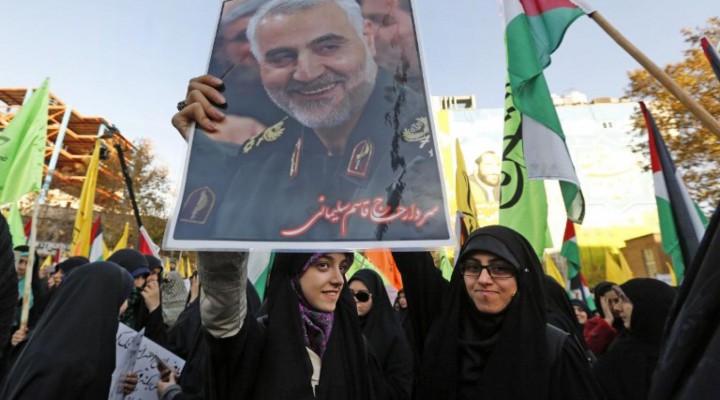 Last night, BBC Two aired a primetime documentary on a senior member of the Iranian Revolutionary Guard Corps (IRGC) who has become a figure of nationalist adulation in Iran and a kind of bogeyman in the West: General Qassem Soleimani.

The programme narrates recent decades of Middle Eastern history in light of Iran’s meddling, with Soleimani, the leader of a special unit responsible for overseas operations, known as the Qods Force, as a driving force.

The documentary does not provide new information, and much of the backstory it tells was reportedyears ago. Its main problem is that it offers a panorama of events almost exclusively from a Western perspective. Not a single member of the IRGC, or any Iranian official, is quoted.

The storytelling mirrors some of the limits of US and Western policy towards Iran and, more generally, the Middle East: oversimplification and unnecessary Manichaeism.

The BBC’s audience, and the wider Western public, are exposed to the argument that everything in the region derives from a single villain-in-chief, be it a state, a group, or in this case, a single individual.

This approach betrays the irrepressible Western necessity to have an enemy – an “other” – a bearer of different, evil values to mobilise against.

The Western narrative on Iran and Soleimani is overwhelmingly produced by Israeli sources, without significant fact-checking

The Western narrative on Iran and Soleimani is overwhelmingly produced by Israeli sources, without significant fact-checking.

The BBC documentary is no exception: its lead narrative is set by Mossad’s former chief, Danny Yatom. The audience is told that any crisis in the region has been maliciously masterminded by Soleimani and his terrorist organisation, whom Israel is entitled to eliminate. Some US figures support this narrative, although they, at least, command some respect for Soleimani’s capabilities.

In the documentary’s generally correct chronological description of events, the period in Basra during 2007-2008 is misrepresented, suggesting that the Qods Force was behind Shia militias’ control of the city and the related anarchy, until then Iraqi prime minister Nouri al-Maliki launched a US-backed military operation to restore order.

The reality was more complex and nuanced. The main militia active in Basra was Muqtada al-Sadr’s Mahdi Army, engaged against British troops, with some of its fringes more dedicated to criminal activities. Sadr has always had a complex relationship with Iran and was not easily controllable by Tehran.

Soleimani was upset by Maliki’s decision to restore order in Basra not because it damaged his interests, but because he was radically opposed to intra-Shia fighting.

An intriguing part of the documentary is when General David Petraeus, the former US military commander in Iraq, recalls receiving a message from Soleimani, inviting him to deal directly with the Qods Force commander to better manage the different Middle Eastern theatres.

Discussing the same message at a 2008 meeting with the then Italian prime minister Silvio Berlusconi, Petraeus noted that he had “only recently … become aware of how important Qassem Soleimani is on the dynamics in the Middle East”.

A decade after Soleimani became leader of the Qods Force, Petraeus, the architect of the Iraq “surge,” was just learning of him? It is hardly surprising, then, that Soleimani has been able to so freely move his checkers in the region, outmanoeuvring his enemies.

The US officials interviewed by the BBC portray their Iranian nemesis as having been keen to establish a relationship with them, while they systematically rebuffed him. From my modest experience on the ground in Iraq, it was just the opposite.

During more than two years in Baghdad, I was asked many times by US officials to pass messages to Shia militias and, most of all, to promote a direct dialogue with their Iranian counterparts. This was systematically rejected by the two different Iranian ambassadors I dealt with, both considered members of the IRGC and, presumably, carrying Soleimani’s orders.

The BBC does not attempt to explain what the crucial term “resistance” means for Iranians and Shia Muslims, beyond a brief interview with pro-Iran militia leader Qais al-Khazali. He debunks one of the main pillars of the Israeli narrative about the existential threat posed by Iran, and specifically Soleimani, by noting that Israel has nothing to be afraid of if it stops expanding – an indirect acceptance of the Jewish state’s existence.

There is no doubt that Soleimani is a brilliant military commander. People who have dealt with him repeatedly, such as Mowaffak al-Rubaie, Maliki’s former national security adviser, have summarised his three main characteristics: “frighteningly intelligent, ideologically driven and, most of all, with the quite rare [possession of] both tactical and strategic capabilities”.

When assessing Soleimani’s role in the past two decades in Lebanon, Afghanistan, Iraq, Syria and, lately, Yemen, two elements should be kept in mind.

Firstly, he is not a one-man show. Although highly talented, he could not have achieved such significant results without the support of Iran’s political system, which – although characterised by deep divisions – is moved by clear and realistic priorities, and long-term planning, in its foreign policy and security spheres.

Secondly, Soleimani is not a fanatic. He has courage, humility, revolutionary commitment, and empathy towards his men. He is a strong motivator and a patient listener, facilitating dialogue with a huge network of interlocutors on the ground – qualities that his US, Israeli and Arab foes sometimes lack. The main source of his success is his unique ability to capitalise on the countless errors made by these same foes.

The main enablers of Soleimani’s “heroic gestures,” and the best propagandists of his now apparently widespread and growing popular following – which could also open a political future for him in Iran – are his supposed enemies, who quite frequently turn out to be his main, and unforgivably unaware, allies.

0 thoughts on “Qassem Soleimani is a master strategist, not a cartoon villain”