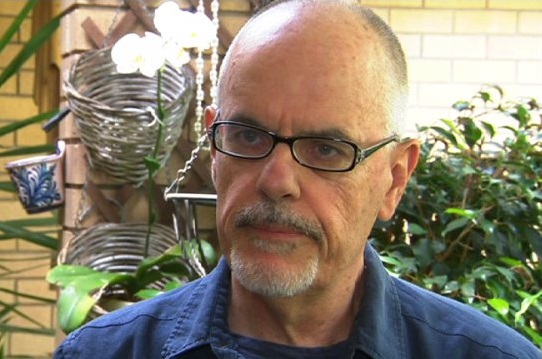 The Balkans Post conducted an interview with Professor Tim Anderson, the Director of the Sydney-based Centre for Counter Hegemonic Studies, to discuss Turkey’s incursion into Syria and its ramifications.

On Turkish President Recep Tayyip Erdogan’s objectives, Dr. Anderson said, “Erdogan’s goal seems to be to gain (or retain) some permanent hegemony over large parts of northern Syria, making use of a mixture of Syrians and international salafists who support his Muslim Brotherhood party in Turkey; and using as a target the pretext of what he sees as a PKK base across the border.”

Balkans Post: Turkey launched an operation against Kurdish militants in northeast Syria on Wednesday, saying one of its goals is to form a “safe zone” for Syrian refugees. What’s your analysis of this operation and the Turkish government’s goals?

Tim Anderson: First of all, we should recognise the responsibility of the USA here. They were the ones who, cynically, raised the expectations of Kurdish separatists in Syria (YPG/PKK/SDF) to work with them and cut their ties to Damascus. As is now well known, the U.S. wanted to isolate and weaken, that is why they backed the caliphate projects of al Nusra and ISIS; not because the U.S. particularly likes Salafist Muslims but because they are useful tools to weaken and divide the independent states and peoples of the region. So the U.S. took the same approach to the YPG/PKK/SDF that they did to ISIS, except with the Kurds there was a more romantic image they could sell to silly western liberals who jump on every new bandwagon.

In fact the Syrian Kurds were not particularly disadvantaged or oppressed in Syria. However the U.S. managed to link them to the much larger group of separatist Kurds in Turkey, the PKK, which had been engaged in a war with Ankara for some time. Many of these separatist Kurds had, in the past, sought and gained refuge and even citizenship in Syria. In addition, we should note that there have long been many Kurds (including some famous personalities) who were and remain nationalist Syrians.

The large scale internationalisation of the 2011 salafist uprising in Syria came about in 2012, mostly using a free passage from Turkey that Mr. Erdogan ensured, through his security services. Huge numbers of Syrians sought refuge in Turkey, mainly to escape the theatre of conflict but more particularly to escape the savages (Nusra/HTS and ISIS/DAESH) that Erdogan (and his partners in Qatar and Saudi Arabia) were sending to brutalise the Syrians.

Now in 2019, Erdogan is speaking of creating a ‘safe zone’ in the northern part of Syria, long brutalised by Turkish and U.S. proxy armies. To the extent that the U.S. has withdrawn from certain areas, this means that the SDF (apparently still Kurdish separatist led with some substantial Arab components, mostly the fragments of other U.S. al Qaeda style proxies) may be confronting the Turkish military and their own collection of salafist gangs, also the fragments of internationalist al Qaeda style proxies backed by Turkey in Syria.

Erdogan’s goal seems to be to gain (or retain) some permanent hegemony over large parts of northern Syria, making use of a mixture of Syrians and international salafists who support his Muslim Brotherhood party in Turkey; and using as a target the pretext of what he sees as a PKK base across the border.

The former ‘SDF’, for their part, will be destroyed by this offensive unless they join with the Syrian Army and the Russians (both are willing to receive them, at least those who are Syrians, if they accept Syrian sovereignty); but to do that they will have to give up their dream of a separate Kurd state, at least in Syria.

BP: Condemnations poured in as Turkey continued its military operation against the Kurds, with the UN Security Council and Arab League holding emergency meetings. How can the international community respond to the move?

Tim Anderson: The best would be to demand (1) the withdrawal of all uninvited forces in Syria (in particular those of the USA and Turkey), (2) to respect the letter of the Astana agreements, in particular as regards the territorial integrity of Syria and for Syrians to be the only ones to decide their own system, and (3) to call for Ankara to talk with Damascus about normalising border relations.

BP: President Erdogan has warned the European Union that Ankara will allow millions of refugees to make their way toward Europe if the bloc keeps criticizing Turkey’s military operation in northeast Syria. What are your thoughts on this?

Tim Anderson: Erdogan did this before, in 2012 and 2015. Let’s remember Turkey’s role in the refugee crisis of 2012, when Erdogan allowed thousands of foreign sectarian terrorists to flood into northern Syria, driving large parts of the civilian population out of those areas. Then in 2014 Erdogan backed the influx of ISIS terrorists into Iraq and Syria, working with them to steal Syria’s oil. In 2015 Erdogan facilitated another al Qaeda push into Idlib, while continuing to back ISIS in the east. He then effectively blackmailed the Europeans into financing his retention of refugees in Turkey, during the 2015 refugee crisis. Erdogan showed he was able to switch on and off a refugee ‘tap’.

International agencies should demand that the Turkish regime demonstrate some goodwill, by acting on the letter of the Astana agreements. In particular, they should facilitate the withdrawal of internationally designated terrorist groups in Idlib (especially HTS/Nusra), cease his support for proxy militia in Syria (the various ragtag factions of a so-called Free Syrian Army, including international salafists) and respect the territorial integrity of Syria. Matching deeds with the words of the Astana accords might help Turkey restore some of its damaged credibility.

BP: What’s your take on the United States’ “sanctions from hell”?

BP: Do you personally support sanctions against Turkey?

Tim Anderson: Sanctions in general hurt ordinary people – except where carefully crafted in special circumstances, and with the consent of those likely to be affected (as happened in the case of sanctions against apartheid South Africa). Better for a widespread demand for the immediate withdrawal of the uninvited Turkish and US American forces from Syria. That foreign occupation, which also provides safe haven for all kinds of proxy armed groups, is at the root of the current problem.