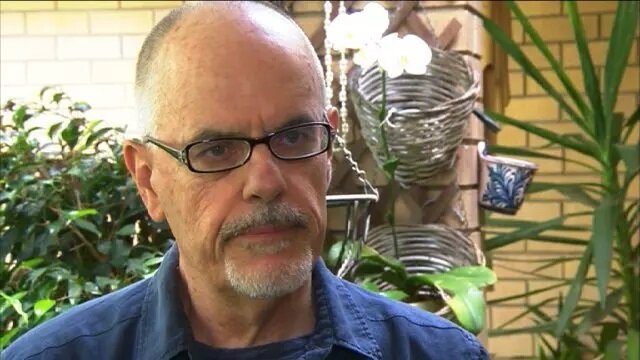 An Australian academic says that Canberra is bankrolling U.S. ambitions with the fancy of undermining China

“They are taking advantage of Australia’s limited democracy to subsidize Washington’s failing global ambitions, in a quixotic attempt to subjugate China, a country which was, until recently, Australia’s main trading partner,” Professor Tim Anderson tells the Tehran Times.

On Wednesday, September 15, Australia, the United Kingdom, and the United States signed a trilateral partnership titled AUKUS. It was meant to provide Canberra with nuclear-propulsion technology for submarines.

“The Canberra regime led by Scott Morrison is engaging in a treacherous, massive misappropriation of Australian public money which will certainly endanger the Australian people,” Anderson remarks.

The AUKUS pact created a huge controversy all around the world, from China to the European Union.

The pact angered Paris because, in 2016, France and Australia had signed a deal that required France to provide Canberra with submarines.

“The ministers expressed clear solidarity with France. This announcement ran counter to calls for greater cooperation with the European Union in the Indo-Pacific,” Borrell told reporters after EU ministers met on the sidelines of the annual United Nations conference.

Also, political critics are raising questions about the Australian people’s view of such huge military spending.

“If the Australian people were asked: do you agree that Canberra should spend $100 billion of public money in nuclear-powered submarines to help Washington compete with its rival China? I have no doubt they would strongly reject the idea,” Anderson argues.

Q: Why has the Australian government inked a deal with America to produce nuclear-powered submarines while its fallout is clear: losing China’s market? What are the main reasons?

A: The Canberra regime led by Scott Morrison is engaging in a treacherous, massive misappropriation of Australian public money which will certainly endanger the Australian people. They are taking advantage of Australia’s limited democracy to subsidize Washington’s failing global ambitions, in a quixotic attempt to subjugate China, a country which was, until recently, Australia’s main trading partner.

If the Australian people were asked: do you agree that Canberra should spend $100 billion of public money in nuclear-powered submarines to help Washington compete with its rival China? I have no doubt they would strongly reject the idea. But there is no such mechanism for consultation and approval in Australia’s limited democracy.

Canberra’s support for U.S. gambits in the South Sea, aimed at threatening China, has already cost the country many billions in export contracts. It is said that much of this has been recovered through alternative markets. Nevertheless, there is a huge loss in trade with China.

Canberra’s message to China seems to be: we have chosen the traditional, losing side in the death throes of American imperialism. The risk of a pointless and avoidable war, which Australia would certainly lose, underlines the depth of the Morrison regime’s treachery.

While much of the Western corporate media tries to blame China for the heightened tensions, any honest analyst knows that the U.S. in decline is pathologically jealous of the rise of China.

Q: The U.S. is trying to restrict Iran’s peaceful nuclear program while it is going to share technology with Australia for building nuclear-powered submarines. Add to this Israel’s nuclear weapons arsenal. What is your view of such double-standards?

A: First of all, double standards are the norm for imperial and colonial powers. They have never accepted post-colonial international law. To cover their obvious illegality they speak of ‘exceptionalism’ and invent deceptive doctrines like ‘humanitarian intervention’, ‘pre-emptive defense’, and a ‘responsibility to protect. In imperial eyes, international law is a tool to be used against others.

The attempt to deploy extended IAEA protocols against Iran has always been a pretext to subjugate the country. Some years ago Washington managed to muster wide international support for this project, today there is much less of that.
Ignoring Israel’s nuclear weapons while raising alarm about Iran’s nuclear energy is not just double standards, it is a transparent and shameless ruse. It comes from the only country on earth to have used nuclear weapons in war, twice against civilian cities in Japan.

Q: Why is France angry about the United States and United Kingdom’s nuclear submarine deal with Australia and called it a betrayal? Aren’t European states concerned about China’s rise?

A: The French reaction is simply a squabble over contracts and money. Australia had the beginnings of an agreement to buy French submarines; they recently canceled this and shifted to the U.S. offer. It seems that Australia will pay a few billion dollars to France for terminating that contract.

It is Washington which matters to Canberra. Since 1942, when Canberra’s allegiance switched from Britain to the USA, each new Australian administration (Conservative or Labor) has attached itself to Washington in order to gain some type of security and finance market guarantees. Each new regime in Canberra has only been able to exercise limited autonomy in strategic and international matters. They may be influenced by the Europeans, but France and Britain, since World War 2, have been seen as secondary imperial players.

The Europeans are less concerned about China’s rise than the USA because they do not share Washington’s obsessive jealousy. Much the same could be said about their relations with Russia. At a popular level, there is even stronger support for normal relations with Russia and China.

However, some of the European elites are deeply embedded in ‘Atlanticist’ ideology that is, committed to remaining an appendage of Washington, particularly through NATO.

Secondly, and especially since the takeovers and mergers of the 1990s, many large European companies are deeply embedded in the U.S. economy. This means that, when the European states try to act differently towards independent countries like Cuba and Iran, Washington can blackmail them into accepting Washington’s unilateral coercive measures (UCMs, wrongly called “sanctions”), by threatening to damage their U.S. business interests. Indeed the Obama administration took the initiative of arrogantly ‘fining’ the European banks several billion dollars for assisting transactions with Cuba and Iran.

All this helps explain why the INSTEX mechanism (designed to bypass U.S. UCMs) has been mostly ineffective and why the Europeans could not properly comply with the JCPOA after Trump renounced it. Simply put, they have not had the capacity or the political will to stand up to Washington, even when they did disagree.

Q: Do you predict that the EU would go a separate way independent from the U.S.?

A: The problem here is that key European states like Germany and France are deeply embedded in Washington’s project, not least through NATO. The EU has also become deeply committed to ‘Atlanticism’ and to political-economic norms driven by Washington, on behalf of its voracious giant corporations, like privatizing health and social services. There has been talking of a European Army, to replace NATO, but this idea has not gone far.

In my view, the more likely change might be in further fracture of the EU – after the departure of Britain – for example through a financial crisis and subsequent discipline which alienated Italy. In the event of a wider EU split, there might be a greater chance of some emerging independent foreign policy. This need not involve a great ideological change. For pragmatic reasons, some of the European states, if cut loose from EU common policy, might see it to their advantage to develop better relations with Russia and China.

Q: What would be China’s response to this provocative move in your view? Do you think that accepting Iran as a full member of the Shanghai Cooperation (SCO) is a part of China’s reaction?

A: China has already reacted to the U.S.-UK-AUS move, which is really not new except in the sense that little Canberra has deepened its loyalty to Washington and reaffirmed its status as a neo-colonial outpost in the Asia-Pacific. The once-booming China-Australia trade relations are already seriously damaged by China’s response.

But Iran’s accession to the SCO is not directly linked to the U.S.-UK-AUS move. Rather, both represent a deeper and growing polarization of strategic blocs in the world. On the one hand, there is the growth of the East Asian and Eurasian network and on the other an old guard trying to maintain declining U.S. supremacy. Washington (an American power) fears losing its role in Asia and Europe. It launched half a dozen bloody wars in West Asia to obstruct the rise of new power blocs in West and Central Asia, but that project has been steadily failing.

Meanwhile, we should observe that the new regional Latin American blocs, particularly CELAC, are building relations with Europe and China.  The world is changing.