The West renounces freedom of expression 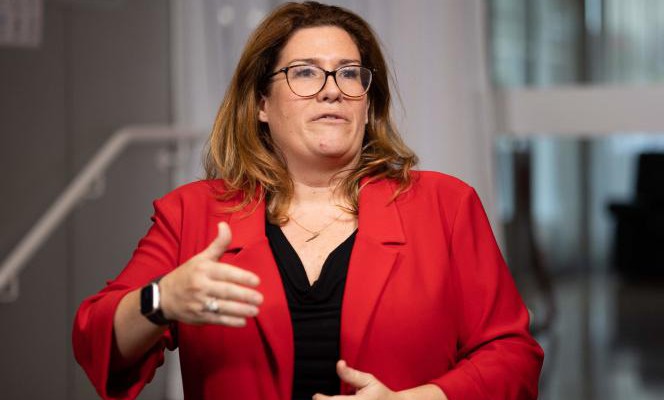 This is a debate that we thought was closed: Westerners had affirmed that freedom of expression is an essential prerequisite for democracy and that they would never violate it again. However, the United States, the United Kingdom, Poland, Italy and Germany have already embarked on the path of censorship. Now there are things not to say.

However, at the beginning of the 20th century, when the World War tore the West apart, the British, then the Americans, did not hesitate to use modern means of propaganda, not only against their enemies, but also against their own population  [ 1 ]. For the first time, democratic governments were setting up programs to deceive their fellow citizens. At the end of this war, the British prided themselves on their successes, suggesting a possible use of war propaganda in times of peace. Also, when the capitalist economic system was threatened and even before the Second World War had started, democracies and freedom of expression were put on hold, and propaganda resumed, first in Italy and Germany, then throughout the West.

For three quarters of a century, Westerners have sworn to defend their values ​​and no longer practice propaganda for internal use.

Today, as in the thirties, the present capitalist system is threatened by the development of inequalities between voters, but in a way that we have never known. If the industrialist Henry Ford said, during the crisis of 1929, that the salary of a boss should not exceed 40 times that of one of his workers, today that of Elon Musk is 38.5 million times that of some of its employees in the United States. The democratic principle “One man, one vote” no longer has any relation to reality.

It is in this context that freedom of expression has been challenged by Westerners. Social media, including Facebook and Twitter, censored governments and ultimately the sitting President of the United States. They were not violating the Constitution since it had guaranteed this freedom only in the face of abuses of political power. The fact that Elon Musk has just bought Twitter and announced that he wants to make it a free network does not change what happened. The idea that we cannot say everything has already taken hold.

The intellectuals perceive that we are going to change the economic and political regime. In recent years, many of them have become supporters of power, whether financial or political, and have abandoned their critical function. Whatever the evolution, they will be on the side of the handle and not the ax. For six years, they have been telling us about the danger of Fake News , that is, biased information, and the need to control what people say and write. Their discourse distinguishes people who are in the truth from those who are in error, denying the principle of democratic equality.

Engaged in the trap of Thucydides, the Anglo-Saxons provoked the civil war in Ukraine and the Russian intervention to end it. Gradually, the West enters the war, in the military sense, against Russia and, in the economic sense, against China. All the prejudices according to which it is not possible to make war with powers with which one has intense economic exchanges are contradicted. As in the two World Wars, the world is divided into two camps which are in the process of separating.

So government propaganda is back in the West.

For the first time, the 2020 US presidential election has been contested. Congress declared Joe Biden the winner, but in reality no one can know who won. It is not possible, as in the case of Bush versus Gore (2000), to recount the ballots because the problem is not there: in many places, the counting of the votes was held behind closed doors. closed. Maybe nobody cheated, but there was no transparency of the election; an essential procedure in a democracy. Already in 2000, the Federal Supreme Court had put an end to the recount of the ballots, considering that the Constitution did not refer to an election of the president by direct universal suffrage, but relied on the will of each State. Under what,

Before any other debate, the mid-term elections are therefore dominated by the question of the non-respect of democratic procedures by the “democratic” camp.

The United States has a Global Engagement Center (GEC), that is to say a structure, within the Department of State, to coordinate the official speeches of its allies. They also have, still in the State Department, an undersecretary in charge of propaganda abroad under the title of “Public Diplomacy and Public Affairs”. However, in April 2022, a step was taken: “proclaimed president” Joe Biden surrounded himself with a propaganda specialist, Nina Jankowicz.

The Secretary of Homeland Security, former judge Alejandro Mayorkas, created a “Disinformation Governance Board” and appointed him to chair it. It was, no more, no less, than to reconstitute the device of war propaganda created by president Woodrow Wilson, in 1917  [ 2 ] .

Nina Jankowicz was presented as a young researcher, specialist in “Russian disinformation”. In reality, she was an employee of Madeleine Albright’s National Democratic Institute, responsible for defending the interests of the Bidens in Ukraine.

In the video below, she continues to lie and praises the “integral nationalist” militias Aidar (whose practice of torture Amnesty International had already denounced), Dnipro-1 and of course the Azov battalion.

In 2018, she defended the Nazi C14 militia  [ 5 ] assuring that it had not practiced pogroms against Gypsies; that it was all… Russian disinformation.

This expert on lies, did not fail to lie again in the United States about the charges of treason brought against Donald Trump (the Steele file) and to deny the crimes of Hunter Biden  [ 6 ] . She even went so far as to present the president’s son’s computer, seized by the FBI, as a “Russian invention”.

In the face of criticism, the Disinformation Governance Council was disbanded on May 17  [ 7 ] , however minutes from a region within the Cybersecurity and Infrastructure Security Agency (CISA), an agency of the Department of Homeland Security , shows that it persists in another form  [ 8 ] . In addition, according to the Inspector General of Administration, his function remains necessary  [ 9 ] .

The British, for their part, preferred to rely on an “association”, the Institute for Strategic Dialogue, to do in place of the government what it intends to do without bearing responsibility for it. This Think Tank , created by Lord George Weidenfeld, Baron Weidenfeld, an “Adamantine Zionist” in his own words, is supposed to fight against extremism. In reality, he too is dedicated to spreading lies to stifle glaring truths. The ISD writes reports on its own initiative (or rather that of the British government), but also at the request of European governments which finance it.

What is true among the inventors of modern propaganda is also true in Europe.

In February, that is to say at the very beginning of the war in Ukraine, the Polish Defense Council ordered the French company Orange, which is the main provider of Internet access in this country, to censor several Internet sites , including that of the Voltaire Network (Voltairenet.org). Contacted by registered letter, the latter did not wish to send us the letter from the Polish authorities. As for the latter, they simply did not answer us. According to European treaties, the Defense Council has the authority to impose military censorship for national security purposes.

In March, the Corriere della Sera revealed a government program to monitor people labeled as “pro-Russian”.  [ 10 ] The ANSA press agency has even published an issue of the Hybrid Bulletin that the Italian Department of Information for Security ( Dipartimento delle Informazioni per la Sicurezza ) devotes to it  [ 11 ] .

In Germany, the Minister of the Interior, the Social Democrat Nancy Fraeser, has also set up a monitoring body. Going much further than the others, she gave it the mission of “harmonizing the news” in the media. For several months, in the greatest secrecy, she has been bringing together major press bosses and explaining to them what should not be published.

Italy and Germany had a cruel experience of censorship during Fascism and Nazism, so it is particularly worrying to see them take this path. The same causes always produce the same effects. It is therefore not surprising that, for the first time since the end of the Second World War, Italy and Germany refused, on November 4, 2022 at the United Nations General Assembly, to vote for a resolution condemning Nazism.

The War On Dissent

The Rule of Power

Assange’s Extradition Is Another Building Block of The Controlled Explanation

Killing the Bill of Rights

0 thoughts on “The West renounces freedom of expression”