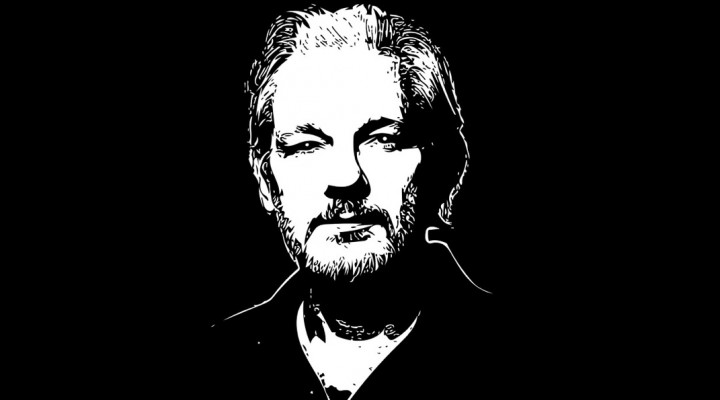 Our civilization is built upon lies and obfuscation to such an extent that advocating for transparency and the democratization of information can be a complete political ideology, all by itself.

Rather than claiming to know what’s best for society (whether we should move left or right, whether we should espouse this model or that model), it is perfectly legitimate to simply support giving humanity the information tools necessary to know the truth about what’s happening so that they can collectively determine for themselves what direction to take.

This would mean supporting the end of the mass-scale manipulations and obfuscations used by the powerful to influence the way the public thinks, acts and votes, and it would mean giving them the democratic infrastructure to steer their civilization in response to the true information they’ve got access to.

It would mean supporting the end of government secrecy and advocating transparency for any institution with any degree of power over the people. The more power and influence they have, the more transparency should be required of them, whether they be governmental, corporate, or financial institutions.

It would mean supporting the democratization of information and the end of mass media propaganda. It would mean breaking up institutions which have too much information-sharing ability and giving more information-sharing ability to those who don’t have enough. Rather than a few plutocrats influencing the public, the public influences the public. The public can collectively uplift individual voices and ideas that they like, but no voice is given an unfair advantage in whether or not that will happen.

It would mean supporting the end of internet censorship and algorithm manipulation, so the information the public sees is determined not by billionaire megacorporations in Silicon Valley but by what’s in the zeitgeist and what the public finds interesting.

It would mean calling for an end to the war on journalism and opposing the persecution of publishers like Julian Assange and whistleblowers like Edward Snowden for exposing inconvenient truths about the powerful. All efforts to increase transparency for the powerful and share information in the public interest would be praised, not punished.

It would mean the complete absence of any authority controlling people’s access to information or ideas in any way. Call it information anarchism, if you like.

Information anarchism is just as radical a goal as any other revolutionary ideology, because information control is so important to the continued existence of our status quo systems that it could never be achieved without drastic measures taken by the collective. The difference is that rather than claiming to know whether ideological models like communism or anarcho-capitalism would be better, for example, one only supports giving the people the means to collectively decide for themselves.

The idea of true information anarchy can be as frightening to the ego as the idea of total societal anarchy, because nobody being in control means there’s nobody to stop it from going in a frightening direction. What if ideas I don’t like gain popularity? What if people start thinking wrong thoughts and believing wrong beliefs?

But that’s kind of the appeal, in my opinion. Really taking the brakes off of the way information moves through our world and letting humanity take full unbridaled advantage of the interconnectedness of our brains at this unprecedented juncture in terrestrial history could lead somewhere very bad, but it could also lead somewhere very good. And whatever ends up happening would be because of our own decisions instead of the decisions of a few powerful manipulators.

And right now the latter is what’s happening. We’re on a collision course with extinction via environmental catastrophe or nuclear war, and it’s because of the decisions made by powerful people who are continuously working to control what ideas and information we consume. If information was really freed up, along with our ability to collectively control the direction humanity takes going forward, it’s hard to imagine we’d mess it up any worse than they have.

And whatever world we built together will have been by our own informed consent, instead of the manufactured consent of elite manipulators. If we’ve seen it all and we still choose our own destruction, then that will have been our choice. Whatever happens will be humanity showing the universe what it’s really made of. What we really are as a species.

And in my opinion, that’s what real freedom looks like. Giving humanity the tools to go whatever way it wants to go, even if it’s the way of the dinosaur. If you really, truly value freedom, in my opinion that’s the wisest place to take your stand.

Wanting the truth to be known whatever it may be is a standalone ideology, and it’s also a standalone personal philosophy. Wanting the truth to be known not just in the world but in your own life, even if it’s uncomfortable or embarrassing. Wanting unhealthy dynamics in your interpersonal relationships to come into awareness. Wanting your unhealed traumas to come into the light of consciousness where they can be healed. Wanting your delusions to be seen so they can be dispelled by truth. Wanting it all to come out into the light: the good, the bad, and the ugly.

It’s possible for an individual to live an entire life that is guided by truth and by the desire for truth, and I’m fairly certain it’s possible for all of humanity to live that way as well. We can all push for that, if we decide we want it. We can all decide that we’re sick of being lied to, sick of being manipulated, sick of the completely backward status quo of secrecy for the powerful and surveillance for everyone else, and we can use the power of our numbers to force it to change.

And from there we can sort out together what kind of world we want to live in, guided by the light of truth, whether toward harmony or oblivion, come what may.

One thought on “Information Anarchism”