Killing the Bill of Rights 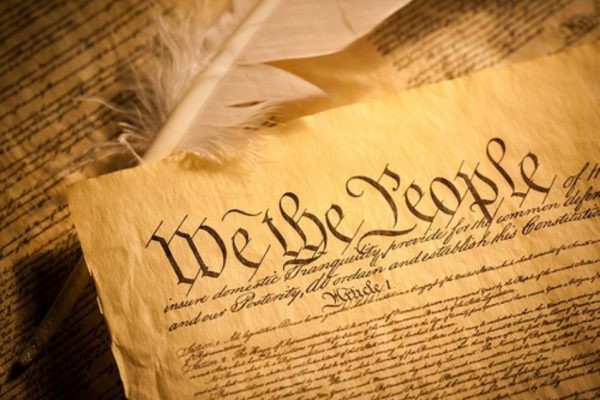 In 2005, President George W. Bush allegedly addressed a meeting of Republicans discussing whether to renew the Patriot Act due to its possible unconstitutionality by angrily blurting out that the Constitution was “just a goddamned piece of paper!” If the story is true, it partly explains the numerous crimes committed by Bush and his associates, including the invasions of both Afghanistan and Iraq based on hyped and even fabricated intelligence. It also suggests the unwillingness of proponents of overriding executive authority to accept that the American people are the inheritors of a number of inalienable liberties to include freedom of speech and association, both of which were impacted negatively by the Patriot Act and the other legislation that followed.

I often think of George Bush when I observe the antics of Joe Biden and his claque of Trotskyites at work. To be sure, thanks to the Bill of Rights you can currently say anything you want in the United States, though there are limits on that freedom if one goes so far as to offend those who are powerful. If you do upset the oligarchs who run our country through corruption of public officials, they have a thousand ways to get you. I recently wrote an article on the use of lawfare to block people and views one objects to by taking them to court on some pretext and bankrupting them through legal fees and penalties. The court system hardly represents the people in any country. It is inevitably heavily politicized by the politicians that grant it its authority and ultimately represents the big money interests that the judges consider their real peers in the Establishment.

The United States government has in fact embraced the suppression of unpopular views and the nations and groups that it finds offensive through the use of sanctions, which are essentially punishments doled out arbitrarily as the government can issue a sanction on its own authority without having to provide any evidence or make a case. And when the White House sanctions a foreign government or group, secondary sanctions kick in to prevent anyone from exchanging goods or services with the targeted entity. I recently was on the receiving end of a Department of the Treasury demand that I stop writing for a foreign website which had been sanctioned. I was warned that I might be subject to a $311,562 fine if I failed to comply. Insofar as I could determine, the foreign website was only guilty of having strongly condemned United States foreign policy, as do I and many other Americans, but the threat of the government coming down with its thousands of lawyers meant that I and other US contributors terminated our relationship.

The federal government was telling us that we had a right to free speech and association except in cases where we were interacting with groups that the Treasury Department disapproved of. In a system as hopelessly corrupted as the US federal government, it is inevitable that powerful groups will surface that will be able to dictate what is acceptable and what is not. That very often comes down to what might once have been regarded as free speech and association issues. The Democratic Party might reasonably be described as a group of satrapies representing certain special interests, most visibly homo-and transsexuals, “choice” women, blacks and Jews. The balancing act required to keep all the subsets under control frequently strains credibility. Joe Biden recently made an impassioned speech demanding that the so-called Equal Rights Amendment should immediately become part of the Constitution because it is “the clear will of the American people.” Ironically, Joe heads a government that believes that gender discrimination is okay as long as it is directed against white men. He is also currently pushing for national education reform, which some refer to as either dumbing down or reverse racism, to bring more “diversity” and “equity” into the system. Doing so of course will require Affirmative Action style discrimination based on race and the president is also pledged to nominate a new Supreme Court Justice based solely on skin color and gender, not on qualifications or preparation for the position. Other candidates need not apply even if they are better qualified and “equal rights” depend on who you are in the Democratic Party pecking order. Leondra Kruger, reportedly a leading candidate is black, a woman and also Jewish.

So Joe Biden either understands the meaning of the words and expressions he uses, or he doesn’t. He probably thinks it doesn’t matter as he is speaking to a receptive and not very critical audience, which includes his mainstream media allies. And there is also his Chief of Staff Ron Klain there to poke him in the ribs when he is hesitating and has to say anything or look presidential.

In another speech in Atlanta regarding the so-called “right to vote,” Honest Joe explicitly compared skeptics in the Senate who would prefer to have the states determine who is a legal resident and citizen for voting purposes to historic racists Bull Connors and George Wallace. He then denied that he had been calling the dissidents out as racists. George Orwell’s “newspeak” is definitely on the way as the “right to vote” is little more than a pious slogan that is an invitation to widespread electoral fraud benefiting the Democrats through mail-in voting and registration without documentation.

And there is of course Israel, which has an entire government department dedicated to the propagation of expressions like “holocaust denial, “surging anti-Semitism” and “right to defend oneself.” January 27th was International Holocaust Remembrance Day and some of the antics engaged in by presumably well-educated adult politicians and government officials perhaps offer a glimpse into what is coming in terms of the waning ability to speak one’s mind. The United Nations approved an Israeli motion calling for a crackdown on “holocaust denial,” and the Israeli ambassador Gilad Erdan demanded that such content be banned from social networking media worldwide. He claimed that “Holocaust denial has spread like a cancer. It has spread under our watch. It has spread because people have chosen to be irresponsible and to avoid accountability…As you dodge responsibility, evil grows… Social media giants can no longer remain complacent to the hate that spreads on their platforms.”

To be accurate, the “avoiding accountability” claim sounds more reminiscent of Israeli and US behavior than that of those social media sites alleged to be in denial. And the malady appears to have taken hold in “liberal” Canada, where Prime Minister Justin Trudeau has denounced protesting truckers as “fascists” and “racists.” He is beginning to sound like Joe Biden and Naftali Bennett and I am waiting for the “domestic terrorist” and/or “anti-Semite” label to be applied to quell what is a genuine populist reaction to draconian government policies. To cite Orwell again, what Israel, Canada and the United States understand is that when it comes to establishing the preferred narrative “Who controls the past controls the future. Who controls the present controls the past… The very concept of objective truth is fading out of the world. Lies will pass into history.” Labeling opponents as racists or Nazis delegitimizes them so you will not have to deal with their grievances or arguments, which is precisely what is intended.

The irony is that free speech is already a distant memory in many countries. Orwell opined that “If you want a vision of the future, imagine a boot stamping on a human face – forever.” Constitutions guaranteeing a right to free speech proliferate in the Old World but are ignored or circumvented by governments, particularly if one is addressing almost anything having to do with the Second World War. Witness how in Europe the issue of presumed “holocaust denial,” now sometimes referred to in the US as “holocaust denialism” as if it were a disease, has been widely criminalized. The European Court of Human Rights has ruled that the negation or revision of “clearly established historical facts — such as the Holocaust — … would be removed from the protection of free speech under the European Convention on Human Rights.”

Bear in mind that “holocaust denial” includes any questioning of any aspect of the standard narrative endorsed by the US and other governments. Interestingly, a bit of pushback against a holocaust exemption for free speech appeared in an issue of Foreign Policy magazine, entitled “First they came for the Holocaust Deniers and I did not speak out”. The author Jacob Mchangama observes how hate speech and similar legislation has an unfortunate tendency to propagate and be used by governments to block all kinds of speech and writing that is actually quite innocent of any agenda but disapproved of by those in power. He cites how in 2014 a Russian blogger named Vladimir Luzgin was arrested and imprisoned after writing quite innocently on social media that Communist Russia and Nazi Germany collaborated to invade Poland in 1939 and thus began World War 2. His account was undoubtedly historically accurate, but the way it was presented offended someone in power and he was found guilty of misrepresenting the accepted narrative relating to the “Great Patriotic War against Germany.”

It is not completely clear what kind of Brave New World the Democrats are intent on creating, but it should be accepted as certain that once free speech goes and the universities go “woke” there will no longer be platforms to challenge the status quo. Conservative or otherwise dissenting publications will come under pressure to toe the line or the arbiters of decorum in Washington will be quick to make sure that the message is received that there will be consequences. We have entered into a strange twilight zone where what really happens and happened in the past will not be subject to examination. Will it be a better or safer world because of that? Undoubtedly no, but living now in what are likely to be the twilight years of our tottering republic we can only hope that somehow sanity will prevail and we will again be able to experience real freedom.

0 thoughts on “Killing the Bill of Rights”