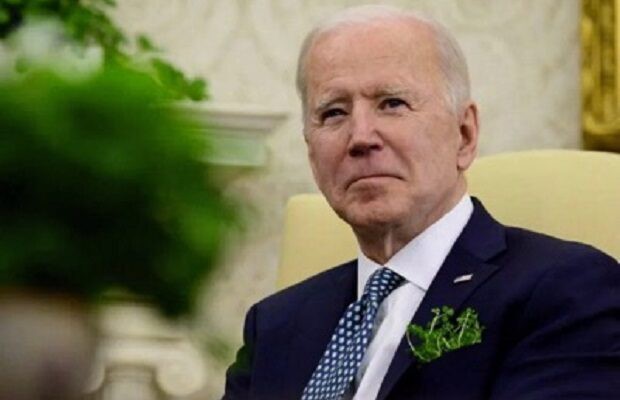 The Biden Administration is full of good will, but ignorant of the world as it is. Under the authority of a senile president, it proposes to restore democracy in the world, without being aware that the social classes that made this political regime are disappearing. It hopes to re-establish the American Empire, feared by a majority of peoples, with the conviction that it is doing them a favour. Finally, it intends to continue the “endless war”, but without sacrificing the lives of US soldiers. But it does not know how to explain this.

Each administration defines US national security policy after consulting with the armed forces and its own experts. This process is necessarily long – one to two years. So the Biden administration, which intends to break with Donald Trump’s anti-imperialist “mistakes” without delay, has already made public the new national security principles of the United States, even if it means clarifying them later [1].

The central idea is to revitalise democracy as a system of government, so as to be able to mobilise allies and maintain the current organisation of international relations. This strategy is in line with what Joe Biden announced in Foreign Affairs a year ago during his election campaign [2].

The guidelines he has just published are extremely clear, but do not answer the questions he will have to face. The president has listed a number of themes to work on (the pandemic, the climate crisis, nuclear proliferation, the fourth industrial revolution), but he has not set out the new problems that have arisen (the decline in US production, the financialisation of the economy, the fall in the US technical level, the dizzying inequality of wealth).

Democracy is the participation of the greatest number in political decision-making. President Biden seems to be realistic about the ambitions of his fellow citizens, so he talks about the informed consent of his fellow citizens. In doing so, he adopts the terminology of Walter Lippman, the famous Democratic journalist trained in propaganda by Colonel Edward House [3].

In describing democracy, President Biden appears to be writing a classic essay that emphasises the separation of powers and the morality of citizens [4]. However, contrary to what he thinks, Westerners’ disaffection with this type of political regime is not due to disinformation from ’America’s enemies’ (i.e. Russia and China), but to the sociological transformation of their societies. The middle classes are disappearing, while multi-billionaires have risen above the governments. Not since medieval times has there been such a capture of wealth. The problem is not how to make democracies work again, but whether and how they can still work.

For example, the Internet giants have no legitimacy to assume the power of censorship. In the Compromise of 1791, the United States relied on complete freedom of speech (1st Amendment), yet Google, Facebook and Twitter censored the sitting President of the United States in early 2021, violating not the letter but the spirit of the Constitution. Is democracy still imaginable in this context?

President Biden is nurtured in a puritanical imperialist culture. He is convinced not only that democracy is the best political regime for his country, but that it is also the best for all the others. Aware of the value of example, he hopes to convert all nations to this system by reviving it at home. Continuing with his reasoning, he makes it his mission to fight systemic racism around the world in order to bring about ’democracy, equality and diversity’.

It does not matter if some people do not seek to participate in political decisions or if they believe that humanity is only composed of one race, President Biden knows for them what is good for them.

On this point, his administration thinks like the neoconservatives. Like them, it is ready to impose democracy on the rest of the world, believing it will deliver it. We have often stressed that the neoconservatives are neither democrats nor republicans, but always on the side of Power.

The main question about the Biden Administration is whether it will resume and continue the “endless war” of Presidents Bush and Obama. This strategy, enunciated by Secretary of Defense Donald Rumsfeld and his advisor Admiral Arthur Cebrowski, aims to destroy all state structures in a region of the world so that capitalists can exploit it without political resistance. It is being applied to the ’wider Middle East’, where the states of Afghanistan, Iraq, Libya, Syria, Yemen and Lebanon have already been considerably weakened or even destroyed.

The ’endless war’ has been officially declared by President Bush, not against individuals or states, but against ’terror’, which exists everywhere and at all times.

President Biden’s response to this question was half-hearted. He has come to understand that his people no longer want to see their soldiers die in conflicts they do not understand. He has therefore declared himself ready to withdraw his troops from Afghanistan, the only country concerned where they are massively present. However, the expression “endless war”, if it was evoked by President George Bush and Vice President Dick Cheney just after the attacks of September 11, 2001, was only imposed with the war in Iraq of which President Joe Biden does not seem to be aware today. He is, as we know and have verified many times, suffering from early senility. Yet it was he, when he was a senator, who proposed to partition this country in three parts according to the Rusmfeld/Cebrowski plan. In other words, President Biden is not aware of recent world developments. He is not ready to abandon the strategy of “endless war”, just to adapt it in some theatres of operation so that it does not cost US lives. And it can resume and continue, without US troops on the ground, but still with weapons, funding and advice from the Pentagon.

[3] Colonel House (1858-1938) was President Woodrow Wilson’s éminence grise. He was also one of the main designers of modern war propaganda.

[4] In the 18th century, the democratic movement insisted on the necessary virtue of political leaders. In France, it was even called republican virtue. It was above all a question of courage to refuse corruption.

How Much Longer Will the United States Exist?