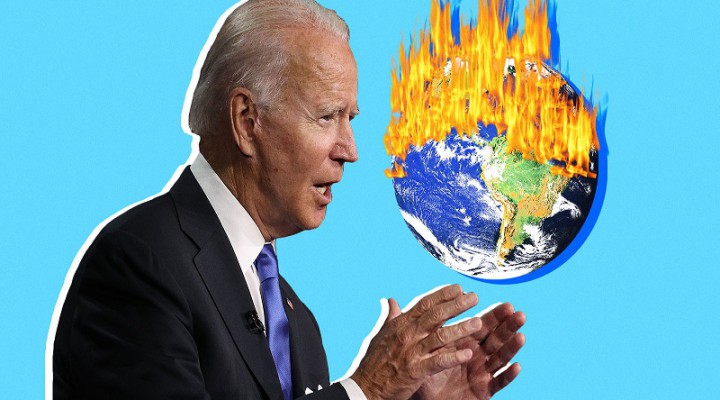 The Biden Administration continues to push its delusional and dangerous grand strategy, which doesn’t even serve the US’ own interests but just the short-term narrow ones of a certain segment of its economic and political elite.

US President Joe Biden’s grand strategy is a mix of Democrat value signaling and Republican aggression, which represents a delusional and dangerous combination. The first observation is evidenced by his administration’s emphasis on so-called “democracy” and “human rights” ideals as manifested by its information warfare campaigns against China and Russia on these false bases. The second, meanwhile, is proven by its attempts to assemble alliances to contain those two on the aforementioned pretexts using the Quad, NATO, and the US’ new proposal to pioneer a competitor to China’s Belt & Road Initiative (BRI).

About the last of these three means, Biden told his British counterpart Friday afternoon that “I suggested we should have, essentially, a similar initiative, pulling from the democratic states, helping those communities around the world that, in fact, need help.” This is the definition of delusional for several reasons. Firstly, economic development is purely apolitical and shouldn’t discriminate against any state’s sovereign choice to govern themselves however they believe is best. Secondly, for this reason and given its enormous scope and scale, BRI doesn’t have any competitors but only partners. Thirdly, many of these partners are US allies.

For instance, last November’s Regional Comprehensive Economic Partnership (RCEP) brought China, ASEAN, Australia, Japan, New Zealand, and the Republic of Korea into a single trading bloc, the last four partners of which as well as ASEAN’s Philippines and Thailand are American allies. One month later, the Comprehensive Agreement on Investment (CAI) between China and the EU saw many NATO members agreeing to expand financial and other related ties with the People’s Republic. Finally, Chinese Foreign Minister Wang Yi’s visit to West Asia last week strengthened his country’s economic connections with regional US allies like Saudi Arabia.

Despite China’s growing relations with Europe, West Asia, and East and Southeast Asia – which can altogether be simply grouped as Eurasia – the US still thinks that it can turn some of those countries, especially its traditional allies there, against the People’s Republic. It’s here where delusion becomes dangerous because the worst-case scenario of American meddling could result in serious economic damage being inflicted on its so-called “allies”. The US is so delusional, however, that it truly doesn’t care about anyone else’s interests other than its own which explains why it’s willing to sacrifice its “allies’” interests in advance of its zero-sum ones.

Therein lies the primary problem, namely the US’ delusional refusal to accept that the aggressive zero-sum mindset which is responsible for its gradual decline from international prominence is outdated as China’s new model of International Relations has successfully replaced that counterproductive philosophy with the win-win one. The Biden Administration thought that it could make cosmetic changes to American policy such as spewing multilateral rhetoric in an attempt to differentiate it from its predecessor, but the reality is that nothing of significance has changed since former President Trump.

Even the Biden Administration’s much-touted peace proposals in Afghanistan and Yemen are faltering, the first after his warning that American troops might not withdraw from the war-torn country by May as his predecessor previously agreed prompted the Taliban to issue more threats while the second has failed to have any meaningful impact on the military dynamics there. Moreover, the US continues to illegally occupy Iraq and Syria while Libya remains mired in American-provoked instability. All the rhetoric about resuming cooperation with allies is just a smokescreen for convincing them to join the US’ new anti-Chinese and -Russian coalitions.

Thankfully, the world seems to have learned quite a few lessons during Trump’s four tumultuous years in office. America’s allies are no longer as willing to blindly follow its lead as before. They realized that the US is unreliable and doesn’t always have their best interests in mind. This is increasingly obvious as the Biden Administration continues to push its delusional and dangerous grand strategy, which doesn’t even serve the US’ own interests but just the short-term narrow ones of a certain segment of its economic and political elite. The situation will only improve for average Americans if their leadership finally embraces the win-win philosophy.

0 thoughts on “Biden’s Grand Strategy Is Delusional And Dangerous”