HOME / WORLD / US the Psycho Boyfriend 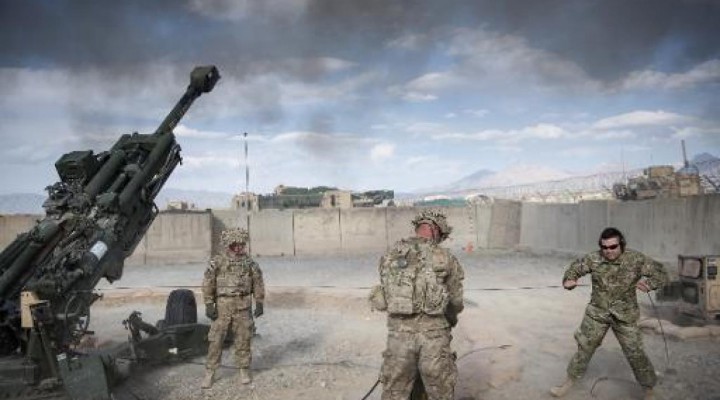 How to best describe the behavior and attitude of the United States in foreign relations? There are several villainous genres that could apply. A mafia don who runs protection rackets is one of them. So too is the psycho boyfriend who throws a fit of rage over any perceived sign of disloyalty.

Two news stories crop up this week to illustrate. In the first one, the United States warned Norway to not go through with a free trade agreement with China. The warning came from former national security advisor John Bolton, who is also a senior Republican figure and no doubt expresses the view held by the Washington establishment on geopolitical matters.

Bolton accused China of being “an existential threat to Western democracies” and called on Norway to abandon bilateral efforts to complete a trade deal with Beijing. Those negotiations have been in the works for almost a decade. Like most European countries, Norway recognizes the huge economic potential of China and wants a slice of the action for trade and investment.

But hey Oslo, forget about your sovereignty and strategic interests because Washington knows what’s best for you. Don’t you go looking at Chinese prospects. Your American “protector” is really mad at you.

The second story to illustrate ridiculous American bully-behavior is the US State Department slapping sanctions on Turkey because it refuses to obey Washington’s demand to cancel the purchase of Russia’s S-400 air-defense system. Ankara’s decision to buy the S-400 system reflects the fact that it is reckoned by many military analysts to be the best defense technology available and way better than the US Patriot or THAAD systems.

In justifying the sanctions, America’s so-called top diplomat Antony Blinken grumbled about Turkey “engaging in significant transactions with Russia”. That makes it sound like Washington found the two countries in an illicit tryst.

What’s really eating Washington is the loss of American profits. Norway doing business with China is commercial competition for US exports, especially in new technologies of telecoms and engineering.

Turkey buying Russian air-defense technology is a severe loss for American manufacturers. It’s not just the Turkish market that’s at stake. Turkey’s purchase of the S-400 is a massive endorsement for other countries to also follow. Given the crucial dependence of the American economy on weapons sales, Washington simply can’t afford to lose global market share.

It’s not enough for America to demonize others like China, Russia, Iran, Venezuela, Cuba, North Korea, and many more. Of course, portraying the world as a bad neighborhood full of enemies is all part of the psycho gas-lighting which promotes US weapons sales.

But just as important is the deliberate polarizing of international relations into hostile and irreconcilable camps. This is a vital configuration that enables American hegemony and geopolitical control. That, in turn, enables American economic dominance, particularly from propping up the dollar as the world’s premier reserve currency. If the dollar should lose its privileged (and artificial) position then the US economy would collapse. That’s what the Cold War was really all about. And that’s why the Americans are doing their utmost to create a new Cold War.

What is absolutely impermissible for Washington is the evolution of any kind of normal, peaceful relations between, say, Europe and China or Russia. Such relations have a natural trajectory given the increasing interconnection of the global economy and modern communications. It is, therefore, imperative – imperative – for the American ruling class and their corporate profits to pre-empt any normalization of international relations.

We see the psychodrama playing out all the time. Washington tells the European Union it cannot complete the Nord Stream 2 gas project with Russia. And if they do then they’ll be punished with sanctions. The Americans tell the EU it can’t trade with Iran even though they signed the 2015 international nuclear agreement. And the US backed that demand up with the threat of sanctions on the Europeans. The Americans had a fit when the EU signed a trade and investment deal with China at the end of last year, and have ever since been pressuring the Europeans to cancel it.

Laughably, the American psycho tells “allies” and “partners” that his real “concern” is for their “protection”. Embarrassingly, the Europeans are still too wimpy. But self-interest and self-preservation will kick in eventually.

The moment in history is fast approaching when the American bully loses all credibility and indeed power over others.

0 thoughts on “US the Psycho Boyfriend”