HOME / WORLD / Why the West Got It Wrong on Russia

Why the West Got It Wrong on Russia 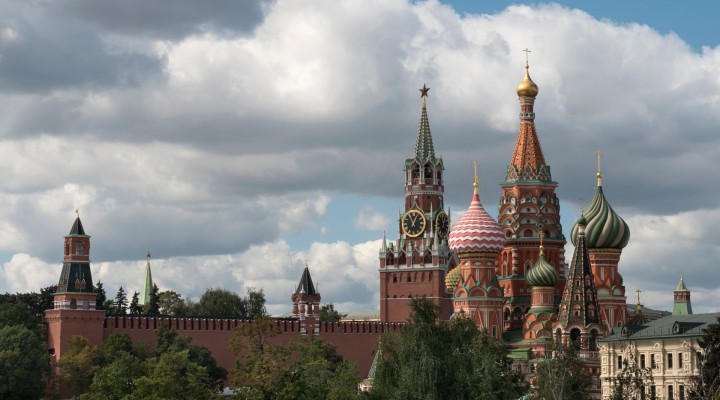 “Those who do not learn history are doomed to repeat it.” This ageless truism is very much in play today as the West struggles to comprehend the scope and scale of its failure first in deterring Russia from invading Ukraine, and then in compelling it to alter course post-invasion. Almost without exception, geopolitical analysts failed to forecast events accurately and policymakers failed to craft policies capable of influencing these events. Figuring out why this failure occurred is essential if there is to be any hope of finding an effective off-ramp from the current crisis. And a new approach is also needed to avoid yet another repeat.

As Russia enters the sixth month of its war in Ukraine, the world is struggling to come to grips with the reality of what is transpiring on the ground in that beleaguered nation. There continues to be a belief among Ukraine’s Western supporters that, if Kyiv is provided with enough modern heavy weaponry, it will somehow be able to pull a rabbit of the hat, transforming what appears to be a Russian military advantage into a Ukrainian victory.

Likewise, the Western “collective” — the EU, US, G7 and Nato — continues to press for even more stringent economic sanctions against Russia, with the apparent belief that such action will, at some point, have sufficient impact on the Russian economy to compel a change in policy by Moscow.

Finally, by doubling down on policies enacted in response to the Russian invasion, Western political leaders continue to act as if the economic consequences will not translate into political consequences at home.

The facts on the ground paint a different picture on all three counts. Russia’s armed forces have achieved a level of dominance on the battlefield in eastern Ukraine. Despite extensive efforts by the West to supply Ukraine with modern weaponry, the Russians have a tenfold superiority in artillery, which translates into an ability to deliver devastating precision strikes against Ukrainian military formations, command and control, and logistics targets.

The nature of the war in eastern Ukraine, where Russia enjoys a ten-fold superiority in artillery firepower and near-total control of the tactical airspace, have produced casualty ratios that make a sustained battle, from the Ukrainian perspective, impossible. Ukraine has undergone several rounds of mobilization, with conscription on a massive level. Legislation is being prepared to allow the conscription of some women and allowing for the conscription of men who had previously been exempted due to physical disabilities. Russia, by contrast, has not undertaken a full mobilization, and has committed less than 20% of its combat capacity to the fighting in Ukraine. In short, for those who believe that the Ukrainian conflict will drag on into some sort of stalemate, the facts suggest otherwise. The culminating point of this conflict has already been reached, and there is nothing either Ukraine or its Western supporters can do to prevent a strategic Russian victory.

Western sanctions against Russia, meanwhile, have also failed to have the desired impact. Russia is still facing a recession, but forecasts are being scaled back sharply after high oil and gas revenues and moves to stabilize the economy prevented financial collapse. Certainly, sanctions have not led to capitulation by Moscow. The impact on the West, by contrast, has been far greater: Europe and the US face economic recession, and the crisis has exposed the ugly truth about their dependence on Russian energy and the lack of economically-viable alternatives. Europe is already showing fractures in its façade of unity, as economic reality trumps political posturing. The fact is, things are only going to get worse for Europe and the US on the economic front as the real and meaningful consequences of their collective actions come back to haunt them.

As economies in Europe start to falter, hard realities are being confronted by politicians who have become aware that their future political viability is at risk because of decisions they made on Russia. European unity is eroding as more leaders realize there was never a viable “Plan B” in terms of replacing Russian energy. Anti-Russian sentiment doesn’t heat a home, put food on the table, or provide meaningful employment. This is the new political reality in Europe — one that the EU has yet to fully realize.

The failure of the West to deter Russia and, having failed that, to compel it to alter course by imposing punishing economic sanctions was predictable. And yet, with few exceptions, Western analysts failed to warn political leaders about the probable fate of their policies. The inability or unwillingness to understand the ineffectiveness of the West’s policies and, more critically, the ability of Russia to effectively counter them, represents a failure of intelligence on par with that of a previous generation to foresee the fall of the shah of Iran in 1978-79.

So, how did this come about? The answer is more obvious than one would think. First and foremost, the Western geopolitical community operates in a closed loop, using the same sources of information that have been colored by the same institutional prejudices. Moreover, because these analysts service entities that are core components of what the US calls the “rules-based international order,” they produce self-serving assessments that appeal to their respective masters.

One of the root causes of this collective intelligence failure is the extent to which ideologically driven “Russophobia” has prevented any reality-based assessment of Russian intent and capability. In short, while there is a plethora of analysts who have built a reputation criticizing the Russian government and its leader, President Vladimir Putin, there is a dearth of genuine experts capable of engaging in a detailed assessment of how and why Russian policy is made and implemented. The result is that Russian sources, especially those linked to the Russian government, are given short shrift, while a counter-narrative promulgated by anti-Russian Western “experts” is embraced. Simply put, analysis and policies built on such an intellectual system will be flawed — and doomed to fail.

In the same vein, Western analysts have failed to grasp the consequences of the geopolitical transformation that has already taken place. When Western leaders speak of a post-pandemic “global reset,” they miss the point — the reset has already taken place. Russia and China have rejected the primacy and legitimacy of the so-called “rules-based international order,” instead promoting what they call a “law-based international order” founded in the United Nations Charter. Much of the non-Western world is rallying behind Russia and China in this regard: The Brics forum is expanding in size and relevance, while the G7 and G20 flounder.

One cannot speak of “balanced” and “clear-eyed” analysis when most Western geopolitical assessments of the Russian-Ukrainian conflict have either been proven wrong by events, or so heavily caveated as to be meaningless. As the world struggles to find appropriate policy offramps from this conflict, it is essential to reflect on how and why analysis of Russia’s invasion of Ukraine was so wrong, and what can be done to make sure similar failures of intelligence are avoided going forward.

First and foremost, analysts should self-screen for existing anti-Russian bias. Likewise, the readiness with which analysts accept, without question, the conclusions and supporting analysis provided by Western governments and institutions must be subjected to increasingly critical scrutiny. Most important, however, is a return to first principles: If someone is being tasked with providing expert opinion and analysis on a subject, they should, indeed, be an expert in that. There is a dearth of genuine experts in Russia providing analysis for Western publications.

Russian sources must be accessed and considered in full by analysts equipped by training and expertise to responsibly deal with the material involved. While blind parroting of a Russian government position is never acceptable practice, recognizing that Russian data may, in fact, be the most accurate available on a given topic, and then incorporating that data into a broader, critical analysis, will produce outcomes that have a far greater chance of withstanding the test of time. This should be the goal of any analyst. Unfortunately, when it comes to Russia, far too many are falling short of that mark.

The White House Fool’s Sanctions Have Only Harmed the West

The War Continues to Widen

It Is Only a Nano-second to Armageddon

0 thoughts on “Why the West Got It Wrong on Russia”