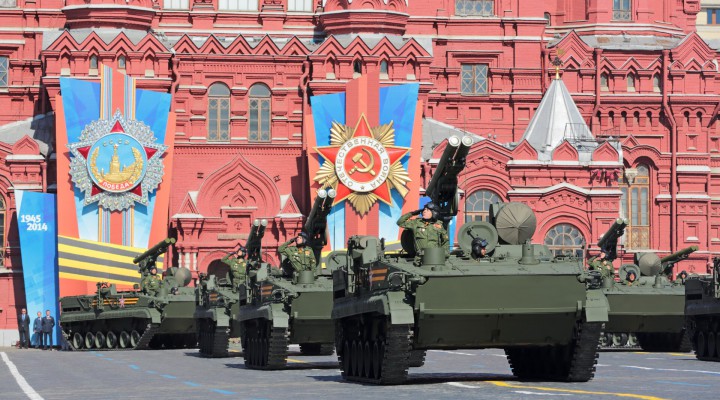 Concerns about a potential Russian invasion of Ukraine have led the US and its European allies to threaten a regime of enhanced economic sanctions that would have “severe consequences” for Russia’s economy. The reality, however, is that sanctions have never worked to alter Russian behavior. Moreover, the kind of sanctions being threatened, if applied, would do more harm to those implementing them than to Russia. Any sanctions-based approach to resolving the current crisis in Ukraine ignores two realities: Russia will not be alone in confronting the sanctions, but rather allied with China; and Russia is playing a far different game than the West. Moscow views the current crisis as derived from the very essence of the US-Nato relationship, not as a simple question of Ukrainian sovereignty. It is a game Russia is determined to win, and no amount of sanctions can change this.

Faced with the possibility of a Russian military invasion of Ukraine, US President Joe Biden has taken the lead in pointedly threatening tougher economic sanctions. Leaders of the EU, Nato and the G7 have echoed their collective readiness to enact policies that would serve as a virtual declaration of war against Russia and its president, Vladimir Putin.

While no one has specified precisely what these economic measures would be, it is widely assumed that such sanctions would end Russian banking access to all international funding and capital markets; sever Russian access to the Swift communication system for international money transfers, thereby cutting or severely disrupting Russia’s ability to trade with the West; and prohibit operation of the Nord Stream 2 gas pipeline.

Such measures would undoubtedly create economic difficulty for Russia. But they would be fatal for Europe, which depends on Russia for 31% of its crude oil imports and 40% of its natural gas imports, or more than 15% of all EU energy needs. And losing access to Russian energy would have a much bigger impact that a simple 15% drop in energy supply. Such an energy supply disruption would have a cascading effect on not only costs, but on economic output, given Europe’s slim economic operating margins. In short, Europe would not only freeze, but also starve.

The US would not be immune to the consequences of any massive sanctioning of Russia either, given that it has recently become addicted to Russian heavy fuel oils (mazut), which closely replicates the heavy crude from Venezuela that some US refineries are optimized to process and can no longer access. Russia is among the top suppliers of crude and products to the US, with around 800,000 barrels per day supplied through much of 2021. Any enhanced sanctions regime against Russia would cut this supply immediately — potentially raising gasoline prices further ahead of the 2022 US midterm elections.

In short, Russia can ride out the consequences of any US-European-imposed sanctions longer than Europe and, to a lesser extent, the US can survive without Russian energy. Economic war between the West and Russia would become a self-inflicted and perhaps politically fatal wound for those advocating such a policy.

In every model of retaliatory sanctions that has been discussed by the West, there has been a singular focus how the West can punish Russia economically, using extreme measures not implemented in the past. The previous sanctions all viewed Russia in isolation, and proved to be mainly an irritant. The kind of sanctions that are now being considered could, theoretically, pose an existential threat to Russia’s economic health — if implemented in a geopolitical vacuum.

Sino-Russian relations have entered territory previously unthinkable to Western geopolitical analysts steeped in the Cold War-era view that these two powers are competitors, not collaborators. While this model has a successful precedent — Nixon’s China visit — the world has changed since 1972. The model’s assumption that the paranoia and rancor that shaped Soviet-Chinese relations during the Cold War automatically carry over to the present is fundamentally flawed. And yet it still permeates the senior-most levels of Western leadership.

In June, Biden shed some light on his way of thinking about these two nations. The US president speculated about Russia after his summit with Putin: “You got a multi-thousand-mile border with China. China is seeking to be the most powerful economy in the world and the largest and the most powerful military in the world … Russians are in a difficult spot, being squeezed by China.”

The reality is far different. While the West operates from a relationship model defined by structured, formal alliances, the Sino-Russian relationship has transcended this to become a relationship that, while not a formal alliance, operates more effectively than any alliance could, according to a Kremlin readout of a recent call between Putin and Chinese President Xi Jinping.

Rejecting the American model of relationships, Russia and China have embraced a more practical approach that emphasizes the economic over the political. The West simply has no counter to China’s Belt and Road Initiative. Moreover, Russia and China have partnered to lead the Shanghai Cooperation Organization, which is seeking to create a single Eurasian market that will dwarf that of Europe and directly challenge the US. “I consider our relations,” Putin said of China, ”a true model of interstate cooperation for the 21st century.”

“The close coordination between Russia and China on the international arena, the responsible joint approach to solving urgent global issues, has become a stabilizing factor in international affairs,” Putin recently told the media. In short, if the West is considering any enhanced sanctions targeting Russia, it had better factor in China’s response, because there will be one, and it will be of great consequence to the economies of those nations trying to strangle Russia economically.

While the US and its allies are focused on Russian policy toward Ukraine, Russia is playing a different game, where the Ukraine situation is but a symptom of a larger policy problem: Nato’s expansion into Russian spheres of interest. This is the root cause of all the present difficulties, as Moscow sees it. Indeed, since the recent video call between Biden and Putin, Russia has submitted draft documents outlining the binding security arrangements it deems necessary for its security.

While the Biden White House has indicated a willingness to consider the Russian request, it appears to be in no hurry to bring these arrangements to fruition. The US perspective, and that of the EU and Nato, is that Ukraine takes precedence — prevent a Russian invasion of Ukraine, and then talk to Russia.

Russia claims that it has no intention of invading Ukraine, unless and until such time as Ukraine poses a threat to Russian national security. This threat would materialize if either Ukraine initiates offensive military action in the pro-Russian Donbas region, or Nato seeks to bring Ukraine into its fold. And while Biden has indicated that Ukraine membership is on hold for at least 10 years, for Russia the issue isn’t a paper alliance, but a military reality. If the US and Nato continue to pour military resources into Ukraine, from the Russian perspective that makes Ukraine a de facto extension of Nato — one that won’t wait 10 years to be addressed.

Russia is seeking legally binding guarantees that intermediate-range missiles won’t be deployed in Europe, as currently scheduled to begin next year; Nato forces will be withdrawn from the Russian border; and military exercises that it terms “provocative measures” will end. Otherwise, Deputy Foreign Minister Sergei Ryabkov has warned, the situation will move from the diplomatic to the “military-technical,” a euphemism for war. At that point, all bets are off regarding the future of Ukraine, and there is nothing threats of enhanced sanctions can do to prevent it.

The US and Nato are playing checkers, while Russia — and China — play chess. If this game continues, it is only a matter of time before Russia declares “checkmate.”

Washington Spits In the Kremlin’s Eye