HOME / WORLD / US’ Russian Policy: A Tale of Two Diplomats 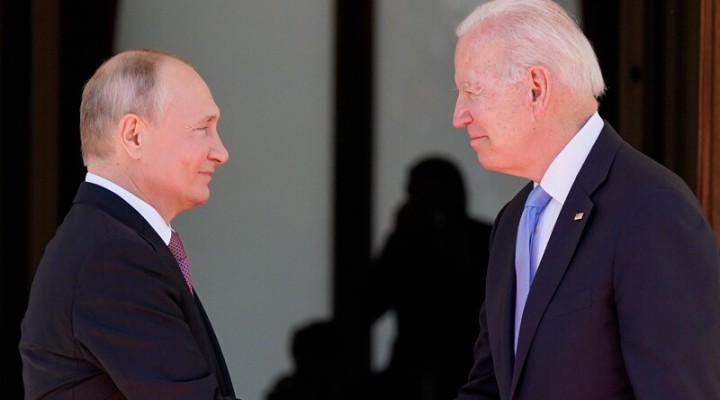 The visits of Under Secretary of State for Political Affairs Victoria Nuland and Central Intelligence Agency (CIA) Director William Burns to Moscow over recent weeks are a manifestation of policy dysfunction within the Biden administration when it comes to Russia. In Washington today, two distinct approaches toward the Kremlin coexist: An ideologically grounded one run out of the State Department, which is ineffective to the point of being counterproductive; and CIA-managed realpolitik, which focuses on security and is designed to keep US-Russian relations afloat. While this division of labor appears to be by design, it runs counter to sound, stable relations, and seems unlikely to last for long without boiling over. The one bright spot is that neither Nuland nor Burns talked about energy. US soft peddling of several energy hot topics implies that, when it comes to Russia’s critical role as an energy supplier, the policy for now is to leave well enough alone.

It’s a tale of two diplomats. One a brash critic of Russian President Vladimir Putin, who helped orchestrate US policy during Ukraine’s Maidan Revolution of 2014. The other, a polished diplomat and former US ambassador to Russia. Nuland helped oversee US policy toward the former Soviet Union during the Clinton administration, before becoming President George W. Bush’s ambassador to Nato. Under President Barack Obama, Nuland started out as the State Department spokesperson before becoming US point person for Ukraine from 2013-17 as assistant secretary of state for European and Eurasian affairs. In this role, she became persona non grata, blacklisted from entering Russia.

William Burns had a similarly storied diplomatic career, serving in senior positions including minister-counselor for political affairs at the US Embassy in Moscow. This experience proved invaluable when Burns served as US ambassador to Russia from 2005-08, a period of deteriorating relations between the two nations marked by Burns’ ability to work with his Russian counterparts without the acrimony that usually accompanies such a downturn. Burns went on to serve as under secretary of state for political affairs (Nuland’s current position), and then as deputy secretary of state, gaining a reputation as a skillful negotiator for sensitive diplomatic problems, including the initial talks leading to the 2015 Iran nuclear deal. Burns retired from the foreign service in 2014.

The choice of Victoria Nuland as under secretary of state for political affairs was controversial. As day-to-day manager of the most pressing foreign policy issues, Nuland was obviously going to play a major role in handling the Russian portfolio. Going into her Senate confirmation, however, not only was Nuland banned from traveling to Russia, she also sat on the board of the National Endowment for Democracy, an NGO ostensibly promoting democracy, but since 2015 banned from Russia amid accusations that it was illegally funding political opposition groups. Moreover, in July 2020, Nuland penned an article in Foreign Affairs, “Pinning Down Putin,” which served as a veritable declaration of political war against the Russian President.

Nuland’s Oct. 11-13 mission to Moscow was the first major diplomatic interaction between the US and Russia after the June summit between US President Joe Biden and Putin in Geneva. To even make the trip to Moscow, Nuland had to have her travel ban lifted. That was arranged as a quid pro quo for lifting of US travel restrictions on a Russian diplomat. Nuland’s agenda included a meeting with Deputy Foreign Minister Sergei Ryabkov, where the focus was diplomatic relations, and a meeting with Russian presidential aides Yuri Ushakov and Dmitry Kozak, where Ukraine and other security issues dominated.

By all accounts, Nuland’s visit was a bust. She left her 90 minute meeting with Ryabkov with nothing to show for it, and Ryabkov decrying the potential collapse of US-Russian diplomatic relations. Her session with Ushakov and Kozak appeared less theatrical, with Nuland seeking to dissuade the Kremlin from taking any rash actions toward Ukraine. She left her Russian counterparts convinced the US still supported the Minsk accords and an autonomy regime for Russian-controlled Donbas.

While Nuland relayed the results of her Moscow trip to Ukrainian officials, the reality is that Ukraine is not interested in implementing the Minsk accords, and instead appeared bent on forcing a confrontation with Russia that would compel the US, EU and Nato to take Ukraine’s side. The shuttering of the Russian-Nato missions in Brussels and Moscow announced Oct. 18 reinforced the impression that the US and Russia were on a collision course over Ukraine.

Even a short meeting on the sidelines of the G20 Summit two weeks ago between Biden and Russian Foreign Minister Sergi Lavrov to discuss a potential second Biden-Putin summit in early 2022 could not gain traction due to growing US concerns over possible Russian hostilities toward Ukraine.

After retiring from the foreign service in 2014, Burns became president of the Carnegie Endowment for International Peace. He was touted as a possible secretary of state in the Biden administration, but instead was named CIA director, despite having had no direct intelligence experience. One of the reasons Biden selected Burns for this role was his wealth of experience in sensitive back-channel diplomacy. The value of this was illustrated this August, when he conducted secret talks with the Taliban ahead of the US evacuation of Afghanistan.

With US-Russian relations spinning out of control, Biden once again turned to Burns to smooth troubled waters with Russia. Unlike Nuland, Burns is well-liked by the Russian diplomatic and national security establishments, going back to his time as ambassador and extending through his stint at the Carnegie Endowment. While Nuland’s official interactions in Moscow were driven by protocol, Burns’ Nov. 2-3 agenda was a product of necessity. He met with Nikolai Patrushev, Russia’s Security Council secretary, and Sergei Naryshkin, head of the Russian Foreign Intelligence Service.

Burns also spoke by phone with Putin himself. The agenda covered pressing security matters such as counterterrorism and cybersecurity, including allegations of Russian hacking, but Burns’ prime mission of lowering tensions with Ukraine was the apparent topic with Putin. Burns reportedly conveyed “serious” US concerns over the reported buildup of Russian forces along the Ukrainian border, and pressed Putin on Russian intentions. While Moscow has acknowledged that the Burns-Putin call took place, and that US concern over Russian troop deployments was discussed, neither Burns nor the Kremlin offered any indication as to Putin’s response.

Continued uncertainty over Russian intentions colored remarks by Secretary of State Antony Blinken during a visit by Ukraine’s foreign minister, Dmytro Kuleba, to Washington shortly after Burns’ visit. However, in a sign that Putin took US concerns seriously, the Russian president ordered the Russian military to cancel military exercises in the Black Sea that would have run concurrent to similar drills being mounted by a joint Ukraine-Nato naval force.

The contrast between Nuland and Burns’ Moscow visits offers insight into the Jekyll and Hyde nature of US-Russian policy, where Russo-phobic ideology clashes with realpolitik. With Nuland firmly ensconced in her role of managing US-Russian relations, it’s unlikely the Biden administration will back off from confronting Russian power and influence in Europe and around the world. Burns’ role is more akin to that of a fire brigade, brought in to douse any policy embers before they burst into flame. While this does not appear sustainable, it seems that the US goal is to maintain enough stability for a second Biden-Putin summit to take place, offering the opportunity for more meaningful dialogue and change.

Keeping off the table issues that are capable of bringing relations to the breaking point is critical to this strategy. For the moment, this looks to be the Biden administration’s approach to Russian energy, with the US remaining relatively mute on both the Nord Stream 2 pipeline and Russia’s oil and gas production policies. When it comes to energy, the Biden administration has apparently decided that discretion is the better part of valor — at least as long as a second Biden-Putin summit is in the works.

Scott Ritter is a former US Marine Corps intelligence officer whose service over a 20-plus-year career included tours of duty in the former Soviet Union implementing arms control agreements, serving on the staff of US Gen. Norman Schwarzkopf during the Gulf War and later as a chief weapons inspector with the UN in Iraq from 1991-98.

0 thoughts on “US’ Russian Policy: A Tale of Two Diplomats”