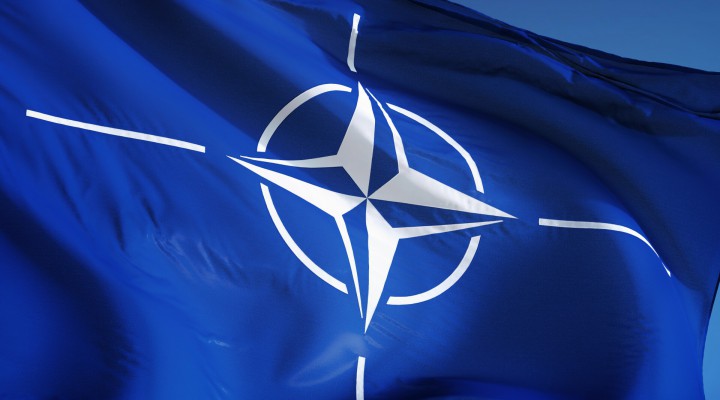 Russia’s invasion of Ukraine has prompted Finland and Sweden, two long-standing neutral nations, to actively consider joining Nato. But a further expansion of Nato could only stoke Russia’s concerns about its national security — concerns that underpinned the Ukraine crisis.

Since Russia’s invasion of Ukraine, both Sweden and Finland have begun to actively consider dumping their long-held neutrality in favor of joining Nato. Public support for Nato membership has almost doubled since Russia’s invasion of Ukraine, to about 50% in Sweden and 60% in Finland. Nato Secretary-General Jens Stoltenberg has assured both nations that their applications would be welcome, and Nato members including the US, UK, Germany, France and Turkey have expressed support. Finland has indicated it may formally apply in time for a June Nato summit in Madrid.

The Russian reaction has been strongly negative, with Kremlin spokesperson Dmitry Peskov warning that Russia would have to “rebalance the situation” with its own measures were Sweden and Finland to join Nato, and foreign ministry spokeswoman Maria Zakharova warning of “military and political consequences.”

Of the two, Finland’s move is more fraught with risk, given its proximity to Russia and its economic entanglements and complicated history. A 1949 peace treaty traded Finnish sovereignty for a guarantee of neutrality. Russia’s main concern was that Finland could be used as a springboard for military action threatening the strategic Kola Peninsula, home to significant Russian military bases and to St. Petersburg. This treaty expired in 1992, but a new treaty maintained Finland’s neutral status. Russia’s security concerns have not dissipated and it would see Finland’s membership in Nato as an existential threat to its national security interests.

A key question is whether Finland is in an economic position to survive the expected break in relations with Russia that any bid to join Nato would bring. In theory, Finland’s energy dependence gives Russia possible leverage if relations between the two nations worsen. Finland relies on Russia for fossil-fuel and nuclear energy — according to Finnish government statistics for 2020, Russia accounted for some 54% of Finland’s energy imports.

However, Finland is moving to lessen, and eventually eliminate, this dependence. Finnish oil company Neste says it will have replaced 85% of Russian oil imports by the end of this month. It is signing no new oil contracts, and existing contracts expire at year’s end. Finland also plans to replace Russian gas by the autumn. It currently imports 65% of its natural gas from Russia, representing 6% of its energy overall. The Finnish Energy Industry Association says it can readily replace Russian nuclear fuel, and an emphasis on green energy has Finland actively moving to eliminate coal — so replacing Russian coal is not seen as problematic either.

As a result, any Russian attempt to leverage its energy exports to keep Finland from joining Nato would more than likely be easily mitigated and short-lived. The larger problem facing Finland is what Russia has called the “military-technical” response that such a move could provoke.

Russia’s history with Finland is complex, dating back to Czarist times. A Finnish decision to join Nato risks replaying the scenario that prompted Russia’s military intervention in Ukraine. Moscow would view any resulting crisis in the context of the US-Nato relationship, rather than as a question of Finnish sovereignty. Likewise, any Russian military-technical response, as with Ukraine, would be influenced by Russia’s overarching demands for a new European security framework.

When deciding to intervene militarily in Ukraine, Russia assessed that Nato was impotent, that no unanimity existed within either Nato or Europe on economic sanctions targeting Russia, and that Nato — a consensus-based organization — would be deeply fractured politically.

Nato’s military impotence has been borne out by its frantic efforts to build a credible military posture on its eastern flank capable of withstanding a Russian attack. Gen. Tod Wolters, supreme commander of Nato and head of US forces in Europe, recently testified before Congress that any final decision on future US troop deployments in Europe will have to wait until the current Ukraine crisis has run its course, enabling political decisions to be hashed out on where troops will go and who will pay for them.

European and Nato unanimity on Russian sanctions is, likewise, more fiction than reality. Nato members Turkey and Hungary are reluctant to participate, and Bulgaria, Slovakia, Italy and the Netherlands are hesitant about sanctioning Russian energy. The sanctions that have been implemented to date have so far failed to deter or curtail Russia’s Ukrainian operations.

Likewise, Nato and European unity have proven to be stronger on paper than in reality. Poland has frozen relations with Hungary because of Budapest’s position on events in Ukraine. Hungary has broken with the rest of Nato not only on sanctioning Russia, but also on using the ruble to purchase Russian gas.

Turkey takes the view that Nato is responsible for the conflict in Ukraine, while simultaneously condemning Russia for its invasion. Turkey has long had differences with Nato and Europe over issues including Syria, its purchase of Russian S-400 missiles and territorial claims in the eastern Mediterranean.

Bulgaria is deeply divided politically over how to react to Russia’s invasion of Ukraine, leading the country to condemn the Russian action while opposing the imposition of economic sanctions. The government risks collapse as a result of these divisions.

But the biggest potential split for Nato unity lies in France, which on Apr. 24 will choose between incumbent President Emmanuel Macron and his right-wing challenger Marine Le Pen. While Macron got 28% of the vote to Le Pen’s 23% in the first round, the final vote is expected to be close.

A Le Pen victory would throw a wrench into any notion of Nato unity and cast a giant shadow over the Nato summit scheduled for June, where Finland and Sweden’s membership and reinforcement of Nato’s eastern flank will be discussed. Le Pen is decidedly anti-Nato, and views good relations with Russia as a top foreign policy issue.

Faced with the Nato’s impotence, disunity and fracturing, one must wonder at the wisdom of Finland and Sweden joining at this juncture. While the Russian invasion of Ukraine has clearly made these two neutral nations feel less secure, the alliance’s lack of preparedness to deal with Russia’s actions in Ukraine might give them pause.

As noted at the time of the invasion, when it comes to defending itself from perceived existential security threats, Russia does not bluff. The West ignored Russia’s warning about Ukraine. Expanding Nato to Sweden and, in particular, Finland could only create more problems for the future.