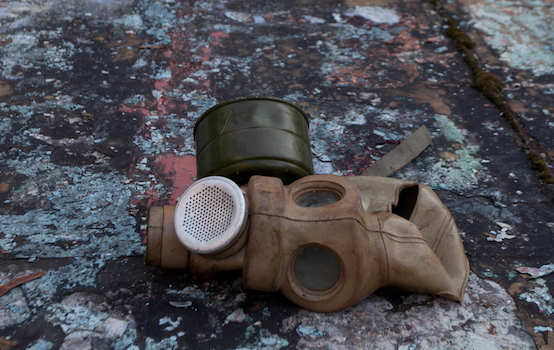 Disturbing new evidence suggests 2018 incident might’ve been staged, putting everything else, including U.S. retaliation, into question.

Thanks to an explosive internal memo, there is no reason to believe the claims put forward by the Syrian opposition that President Bashar al-Assad’s government used chemical weapons against innocent civilians in Douma back in April. This is a scenario I have questioned from the beginning.

It also calls into question all the other conclusions and reports by the Organization for the Prohibition of Chemical Weapons (OPCW), which was assigned in 2014 “to establish facts surrounding allegations of the use of toxic chemicals, reportedly chlorine, for hostile purposes in the Syrian Arab Republic.”

As you recall, the Trump administration initiated a coordinated bombing of Syrian government facilities with the UK and France within days of the Douma incident and before a full investigation of the scene could be completed, charging Assad with the “barbaric act” of using “banned chemical weapons” to kill dozens of people on the scene. Bomb first, ask questions later.

The OPCW began their investigation days after the strikes. The group drew on witness testimonies, environmental and biomedical sample analysis results, and additional digital information from witnesses (i.e. video and still photography), as well as toxicological and ballistic analyses. In July 2018, the OPCW released an interim report on Douma that said “no organophosphorus nerve agents or their degradation products were detected, either in the environmental samples or in plasma samples from the alleged casualties,” but that chlorine, which is not a banned chemical weapon, was detected there.

The report cited ballistic tests that indicated that the canisters found at two locations on the scene were dropped from the air (witnesses blamed Assad’s forces), but investigations were ongoing. The final report in March reiterated the ballistics data, and the conclusions were just as underwhelming, saying that all of the evidence gathered there provides “reasonable grounds that the use of a toxic chemical as a weapon took place,” due in part to traces of chlorine and explosives at the impact sites.

Now, the leaked internal report apparently suppressed by the OPCW says there is a “high probability” that a pair of chlorine gas cylinders that had been claimed as the source of the toxic chemical had been planted there by hand and not dropped by aircraft. This was based on extensive engineering assessments and computer modeling as well as all of the evidence previously afforded to the OPCW.

What does this mean? To my mind, the canisters were planted by the opposition in an effort to frame the Syrian government.

The OPCW has confirmed with the validity of this shocking document and has offered statements to reporters, including Peter Hitchens, who published the organization’s response to him on May 16.

The ramifications of this turn of events extend far beyond simply disproving the allegations concerning the events in April 2018. The credibility of the OPCW itself and every report and conclusion it has released concerning allegations of chemical weapons use by the Syrian government are now suspect. The extent to which the OPCW has, almost exclusively, relied upon the same Syrian opposition sources who are now suspected of fabricating the Douma events raises serious questions about both the methodology and motivation of an organization that had been awarded the Nobel Peace Prize in 2013 for “its extensive efforts to eliminate chemical weapons.”

In a response to Agence France-Presse (AFP), OPCW director general Fernando Arias acknowledged there is an internal probe into the memo leak but that he continues to “stand by the impartial and professional conclusions” of the group’s original report. He played down the role of the memo’s author, Ian Henderson, and said his alternative hypotheses were not included in the final OPCW report because they “pointed at possible attribution” and were therefore outside the scope of the OPCW’s fact finding mission in Syria.

Self-produced videos and witness statements provided by the pro-opposition Violations Documentation Center, Syrian Civil Defense (also known as the White Helmets), and the Syrian American Medical Society (SAMS), a non-profit organization that operates hospitals in opposition-controlled Syria, represented the heart and soul of the case against the Syrian government regarding the events in Douma. To my mind, the internal memo now suggests that these actors were engaging in a systemic effort to disseminate disinformation that would facilitate Western military intervention with the goal of removing Syrian President Bashar al-Assad from power.

This theory has been advanced by pro-Assad forces and their Russian partners for some time. But independent reporting on the ground since the Douma incident has sussed out many of the same concerns. From James Harkin, director of the Center for Investigative Journalism and a fellow at Harvard University’s Shorenstein Center, who traveled to the site of the attacks and reported for The Intercept in February of this year:

The imperative to grab the fleeting attention of an international audience certainly seems to have influenced the presentation of the evidence. In the videos and photos that appeared that evening, most analysts and observers agree that there were some signs that the bodies and gas canisters had been moved or tampered with after the event for maximum impact. The Syrian media activists who’d arrived at the apartment block with the dead people weren’t the first to arrive on the scene; they’d heard about the deaths from White Helmet workers and doctors at the hospital.

The relationship between the OPCW and the Syrian opposition can be traced back to 2013. That was when the OPCW was given the responsibility of eliminating Syria’s declared arsenal of chemical weapons; this task was largely completed by 2014. However, the Syrian opposition began making persistent allegations of chemical weapon attacks by the Syrian government in which chlorine, a substance not covered by Syria’s obligation to be disarmed of chemical weapons, was used. In response, the OPCW established the Fact Finding Mission (FFM) in 2014 “to establish facts surrounding allegations of the use of toxic chemicals, reportedly chlorine, for hostile purposes in the Syrian Arab Republic.”

The priority of effort for the FFM early on was to investigate allegations of the use of chlorine as a weapon. Since, according to its May 2014 summary, “all reported incidents took place at locations that the Syrian Government considers to be outside its effective control,” the FFM determined that the success of its mission was contingent upon “identification of key actors, such as local authorities and/or representatives of armed opposition groups in charge of the territories in which these locations are situated; the establishment of contacts with these groups in an atmosphere of mutual trust and confidence that allows the mandate and objectives of the FFM to be communicated.”

So from its very inception, the FFM had to rely on the anti-Assad opposition and its supporters for nearly everything. The document that governed the conduct of the FFM’s work in Syria was premised on the fact that the mission would be dependent in part upon “opposition representatives” to coordinate, along with the United Nations, the “security, logistical and operational aspects of the OPCW FFM,” including liaising “for the purposes of making available persons for interviews.”

One could sense the bias resulting from such an arrangement when, acting on information provided to it by the opposition regarding an “alleged attack with chlorine” on the towns of Kafr Zeyta and Al-Lataminah, the FFM changed its original plans to investigate an alleged chlorine attack on the town of Harasta. This decision, the FFM reported, “was welcomed by the opposition.” When the FFM attempted to inspect Kafr Zeyta, however, it was attacked by opposition forces, with one of its vehicles destroyed by a roadside bomb, one inspector wounded, and several inspectors detained by opposition fighters.

The inability to go to Kafr Zeyta precluded the group from “presenting definitive conclusions,” according to the report. But that did not stop the FFM from saying that the information given to them from these opposition sources, “including treating physicians with whom the FFM was able to establish contact,” and public domain material, “lends credence to the view that toxic chemicals, most likely pulmonary irritating agents such as chlorine, have been used in a systematic manner in a number of attacks” against Kafr Zeyta.

So the conclusion/non-conclusion was based not on any onsite investigation, but rather videos produced by the opposition and subsequently released via social media and interviews also likely set up by opposition groups (White Helmets, SAMS, etc.), which we know, according to their own documents, served as the key liaisons for the FFM on the ground.

All of this is worrisome. It is unclear at this point how many Syrian chemical attacks have been truly confirmed since the start of the war. In February of this year, the Global Policy Institute released a report saying there were 336 such reports, but they were broken down into “confirmed,” “credibly substantiated,” and “comprehensively confirmed.” Out of the total, 111 were given the rigorous “comprehensively confirmed” tag, which, according to the group, meant the incidents were “were investigated and confirmed by competent international bodies or backed up by at least three highly reliable independent sources of evidence.”

They do not go into further detail about those bodies and sources, but are sure to thank the White Helmets and their “implementing partner” Mayday Rescueand Violations Documentation Center, among other groups, as “friends and partners” in the study. So it becomes clear, looking at the Kafr Zeytan inspection and beyond, that the same opposition sources that are informing the now-dubious OPCW reports are also delivering data and “assistance” to outside groups reaching international audiences, too.

The role of the OPCW in sustaining the claims made by the obviously biased Syrian opposition sources cannot be understated—by confirming the allegations of chemical weapons use in Douma, the OPCW lent credibility to claims that otherwise should not—and indeed would not—have been granted, and in doing so violated the very operating procedures that had been put in place by the OPCW to protect the credibility of the organization and its findings.

There is an old prosecutorial rule—one lie, all lies—that comes into play in this case. With the leaked internal report out there, suggesting that the sources in the Douma investigation were agenda-driven and dishonest, all information ever provided to the OPCW by the White Helmets, SAMS, and other Syrian opposition groups must now, in my mind, be viewed as tainted and therefore unusable.