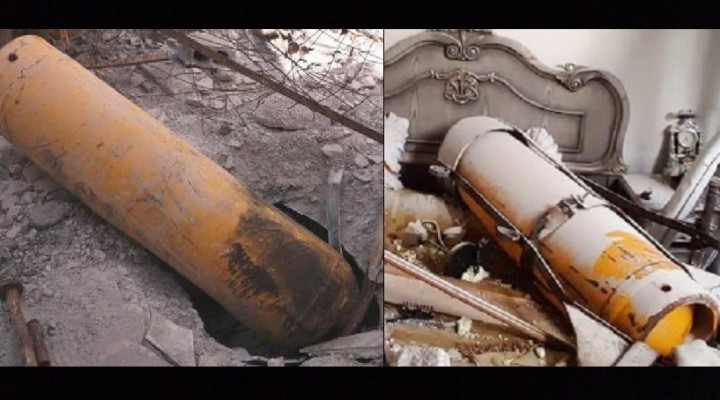 “It is hard to overstate the significance of this revelation,” tweets former British MP George Galloway of a new report by the Working Group on Syria, Propaganda and Media (WGSPM). “The war-machine has now been caught red-handed in a staged chemical weapons attack for the purposes of deceiving our democracies into what could have turned into a full-scale war amongst the great-powers.”

“The engineering assessment confirms our earlier conclusion,” the excellent Moon of Alabama blog writes. “The whole scene as depicted by ‘rebels’ and propaganda organs was staged. The more than 34 dead on the scene were murdered elsewhere under unknown circumstances.”

An important #Douma #Syria ‘Assad chemical weapon attack’ development and yet more evidence to suggest the ‘attack’ was staged, as it’s now revealed that @OPCW suppressed expert engineers report that found the cylinders were likely not dropped from the airhttp://syriapropagandamedia.org/working-papers/assessment-by-the-engineering-sub-team-of-the-opcw-fact-finding-mission-investigating-the-alleged-chemical-attack-in-douma-in-april-2018 …

898 people are talking about this

The report has grabbed the attention of those who’ve expressed skepticism of establishment Syria narratives because it casts serious doubts on the official story we’ve been told to believe about an alleged chemical attack in Douma, Syria in April of last year. A document titled “Engineering Assessment of two cylinders observed at the Douma incident” has been leaked to the WGSPM which reveals that an engineering sub-team of the Organization for the Prohibition of Chemical Weapons (OPCW) fact-finding mission in Douma came to conclusions which differ wildly from the OPCW’s official findings on the Douma incident, yet we the public were never permitted to see this assessment.

The assessment’s findings, which you can locate on pages five through eight of the document, put forward multiple hypothetical scenarios in which two gas cylinders could have wound up in the locations(Location 2 and Location 4) that they were photographed and video recorded as having been found after the alleged attack. The assessment concludes that “The dimensions, characteristics and appearance of the cylinders, and the surrounding scene of the incidents, were inconsistent with what would have been expected in the case of either cylinder being delivered from an aircraft. In each case the alternative hypothesis produced the only plausible explanation for observations at the scene.”

The assessment says more thoroughly and technically what I argued in an article last year, that the physics of the air-dropped cylinder narrative make no sense whatsoever. This is a problem, because the reason we were given for the US, UK and France launching airstrikes on Syrian government targets in April of 2018 was that two cylinders full of poison gas had been dropped from aircraft by the Syrian air force and killed dozens of civilians.

The assessment is signed by Ian Henderson, who the WGSPM were able to verify as a longtime OPCW-trained inspection team leader. The OPCW reportedly denied that Henderson was involved in its Douma fact-finding mission, but the WGSPM counters that “This statement is false. The engineering sub-team could not have been carrying out studies in Douma at Locations 2 and 4 unless they had been notified by OPCW to the Syrian National Authority (the body that oversees compliance with the Chemical Weapons Convention) as FFM inspectors: it is unlikely that Henderson arrived on a tourist visa.”

So far this is the establishment narrative management machine’s only attempt at refuting the latest revelations indicating that the #Douma attack last year was staged. It basically boils down to “They’re conspiracy theorists and the official narrative disagrees with them.” https://twitter.com/EA_WorldView/status/1127916062673121286 … 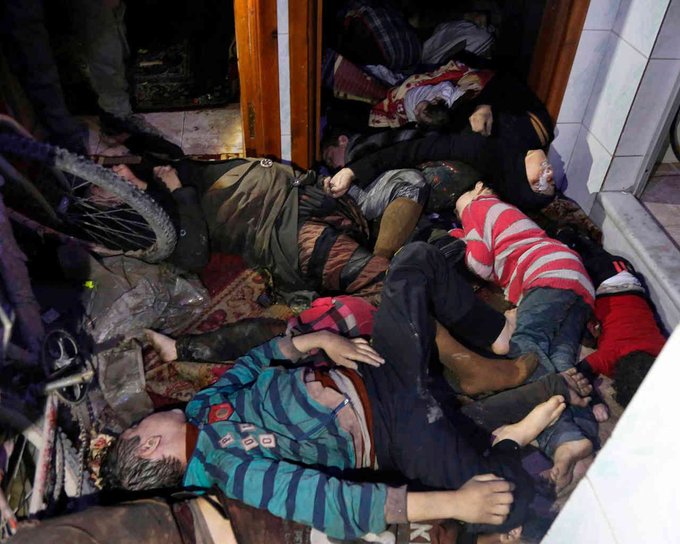 94 people are talking about this

Just as interesting as this new report has been the response of the usual establishment Syria narrative managers to it, or rather the lack thereof. NATO narrative management firm Bellingcat, which normally jumps all over these kinds of revelations in an attempt to discredit them, has been maintaining radio silence as of this writing. Its founder, Eliot Higgins, has had nothing to say on the matter other than to retweet a pathetic rebuttal by his mini-me Scott Lucas and take a few childish jabs at me for highlighting this fact.

Scott Lucas’ Facebook post on the WGSPM report remains as of this writing the only attempt from the Syria narrative management machine to address it, and it boils down to nothing more than assertions that the report contradicts the official OPCW narrative (duh) and that the WGSPM are conspiracy theorists. Lucas may have thought it a good idea to author this post believing that he had a more substantial argument than he actually had, but it was pointed out shortly after publication that his claim about Henderson refusing to consider other possible scenarios in his assessment is directly contradicted by the words that are in the assessment, and Lucas was forced to make a hasty revision.

There will be other counter-narratives released by the Syria narrative management machine, to be sure, but the fact that this report has been out for the better part of the day with nary a peep from that lot reveals a great deal about the difficulties they’re having with this one.

We are being lied to about Syria. Anyone who believes unproven assertions about governments targeted for toppling by the US-centralized empire has failed to learn the lessons of history. The Syrian government had literally nothing to gain strategically from using chemical weapons in Douma, a battle it had already won, and knew full well that doing so would provoke an attack from the empire. Douma was occupied by the Al Qaeda-linked Jaysh Al-Islam, who had at that point nothing to lose and everything to gain by staging a false flag attack in a last-ditch attempt to get NATO powers to function as its air force.

If you still believe at this point that the Syrian government dropped poison gas on Douma last year, then I’ve got some Iraqi WMDs to sell you.

UPDATE: The document’s authenticity has been confirmed by the OPCW.